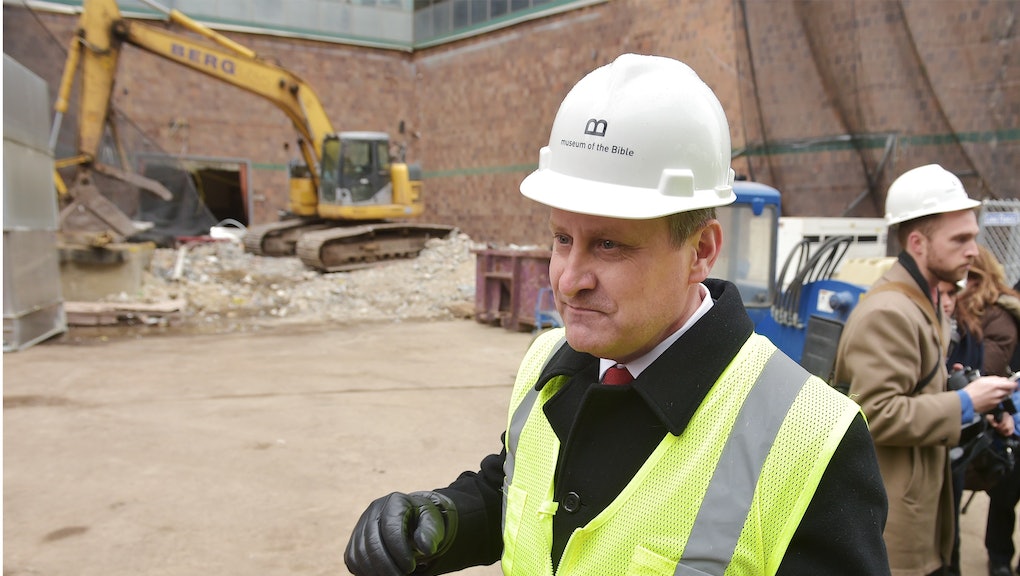 Arts and crafts retail giant Hobby Lobby has gotten itself into the middle of another massive controversy — and this time, it appears unlikely they can rely on a friendly Supreme Court to bail them out.

According to a statement on the Department of Justice’s website, acting U.S. Attorney for the Eastern District of New York Bridget Rohde and Immigration and Customs Enforcement officials have reached a settlement with Hobby Lobby Stores, Inc. for illegally purchasing over 5,500 Iraqi artifacts for $1.6 million. The artifacts were likely looted from archaeological sites or museums in Iraq during the chaos of the country’s 14 years of U.S. occupation and civil war, and shipped to the U.S. with falsified labels designating them as tile “samples.”

The DOJ added, “In October 2010, an expert on cultural property law retained by Hobby Lobby warned the company that the acquisition of cultural property likely from Iraq, including cuneiform tablets and cylinder seals, carries a risk that such objects may have been looted from archaeological sites in Iraq ... The acquisition of the artifacts was fraught with red flags.”

As part of the settlement, Hobby Lobby will return the artifacts and pay an additional $3 million in restitution.

According to the New York Times, Hobby Lobby’s president, Steve Green, said the collection of artifacts from the biblical-era Fertile Crescent was “consistent with the company’s mission and passion for the Bible,” but added the company was “new to the world of acquiring these items, and did not fully appreciate the complexities of the acquisitions process.”

A massive black market in stolen archaeological and historical items has spawned in the wake of the United States’ 2003 overthrow of Iraqi dictator Saddam Hussein’s government. Baghdad’s National Museum of Iraq was looted as U.S. troops failed to secure key locations throughout the city. More recently, the notoriously bloodthirsty Islamic State have likely sold a fortune in looted antiquities amid its years-long rampage throughout Iraq and Syria, raising troubling questions about who looted the cuneiforms in the first place.