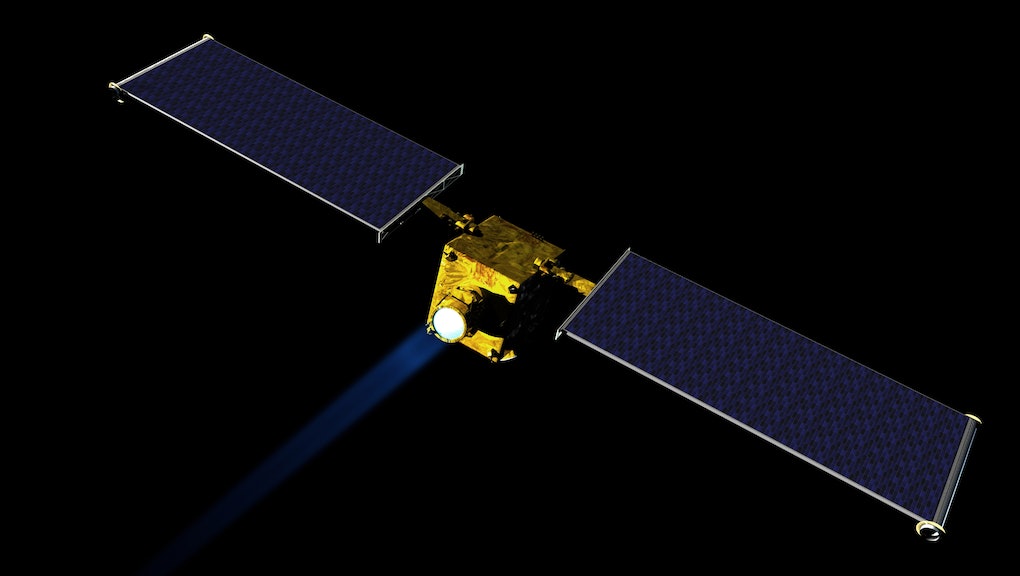 NASA is going to smash into an asteroid

Everyone loves dinosaurs, but that doesn’t mean we want to end up like they did. So NASA keeps an eye on nearby asteroids, just in case one might be getting a little too close for comfort — and it’s been brainstorming ways to protect Earth in case an asteroid takes on a collision course.

The current favorite technique? Slamming straight into an asteroid. And NASA could take a practice run in as little as five years.

NASA is no stranger to crashing spacecrafts into things — that’s how the Cassini probe will end its long journey around Saturn this September. But usually smashing a spacecraft into something is just a tidy way to destroy the spacecraft.

When it comes to asteroids, NASA’s plan is more crafty. Ramming into a hunk of space rock with a spacecraft the size of a refrigerator — traveling at almost 9 miles per second, nine times faster than a bullet — should knock an asteroid just enough off its course to avoid a collision with Earth.

NASA announced on June 30 that its unlucky guinea pig will be an asteroid called Didymos B. It’s about 530 feet across and orbits a larger rock called Didymos A (Didymos comes from the Greek word for “twin”). They’ll be in our neighborhood in 2022 and 2024, and because Didymos B orbits Didymos A, NASA will be able to easily measure how much of an impact a collision actually has on an asteroid.

While this particular asteroid is just a stand-in, it’s large enough that it could have what NASA politely calls “regional impacts” if it hit Earth.

That size of asteroid is actually more concerning than larger ones that could affect the whole planet, because NASA already knows where most of those are. Medium-sized asteroids, not so much.

So while NASA is actively looking for them, it also wants a backup plan, and that’s what this mission, called the Double Asteroid Redirection Test, is testing.

After the initial mission plan was approved in late June, NASA is now starting work on the spacecraft itself in hopes it will be ready to meet Didymos B in October 2022.