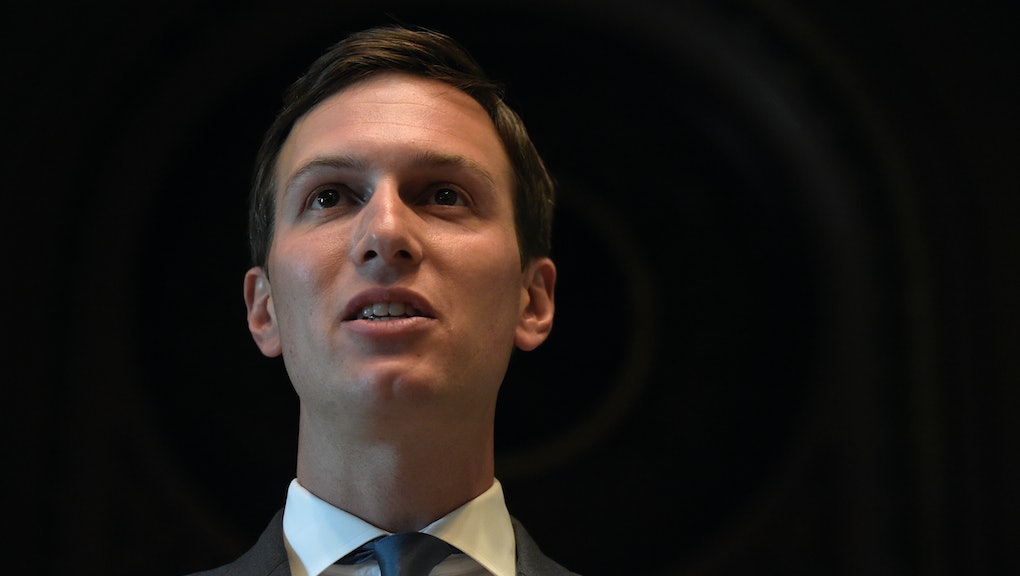 A Washington-based watchdog group has filed an ethics complaint against Jared Kushner, the president’s son-in-law and senior adviser, saying he should have publicly disclosed his interest in the online real estate firm Cadre.

“Kushner’s failure to disclose his ownership in Cadre is very troubling,” Noah Bookbinder, executive director of the nonprofit Citizens for Responsibility and Ethics in Washington, said in a statement.

The complaint, filed with the federal Office of Government Ethics, notes that “Cadre’s value, and therefore Mr. Kushner’s financial interest in Cadre, appears to have substantially increased during the time Mr. Kushner has served as a White House adviser.”

CREW said in Thursday’s statement that Kushner “co-founded Cadre and continues to own a significant part of it. In his public financial disclosure statement, however, he failed to disclose that ownership interest. ... These cannot be written off as minor oversights, as Cadre reportedly has a value of $800 million.”

Kushner, whose family runs a diversified real estate empire that controls tens of thousands of residential properties in New York City and beyond, is married to first daughter Ivanka Trump, and serves as White House senior adviser and assistant to the president.

Recently, President Donald Trump dispatched Kushner to the Middle East to partake in peace process talks between the Israelis and Palestinians.

Cadre, Bookbinder said, appears to be one of Kushner’s “larger investments, not something he could easily overlook, and it is impossible to ensure that senior government officials are behaving ethically if they fail to disclose key assets.”

The White House didn’t immediately respond to a request for comment on the CREW allegations.

“OGE should investigate immediately and determine whether any sanction or referral is appropriate for Kushner’s potential disclosure violations and whether it is necessary for him to fully divest from Cadre,” Bookbinder said.