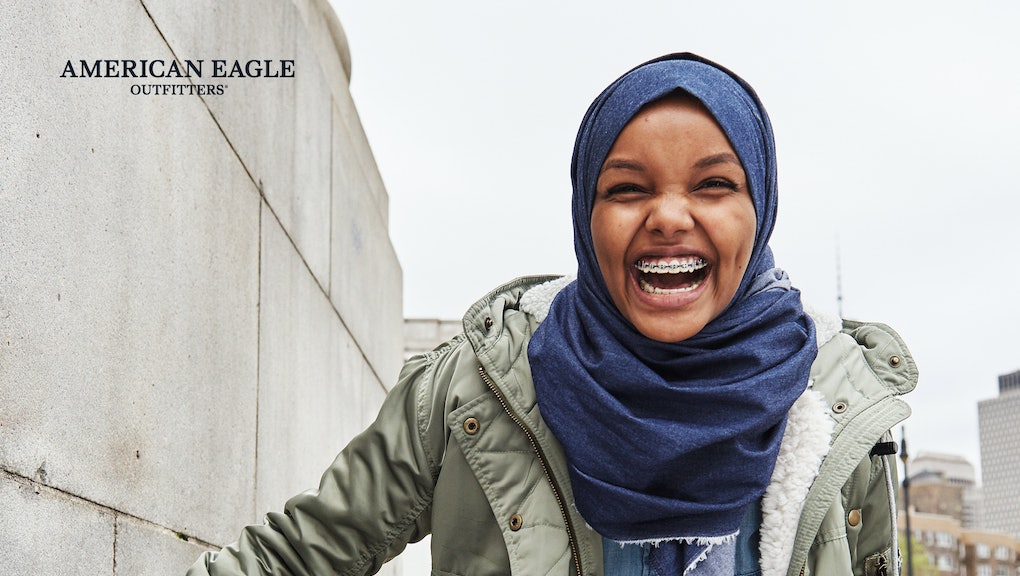 Among people like musician and activist Joey Bada$$$, model and body-positive activist Iskra Lawrence and champion bullrider Bonner Bolton, there is Aden, who was born in Somalia and once lived in a refugee camp, smiling wide wearing a hijab, with her braces shining away.

In one campaign video, which endorses this idea that “This is the new America,” Aden is heard saying, “Not just dreaming, but doing.”

“I’m very proud to be in this campaign and to support its message of inclusivity and empowerment,” Aden said in an interview with Mic. “I have always loved the brand’s work to encourage today’s youth to express themselves and it is important to me to be a part of something that shows diversity expressed through many backgrounds and personal styles.”

Speaking of, Aden ultimately hopes that her increasing visibility in fashion only boosts this idea that diversity and inclusion is the future.

“I think it’s so important now, more than ever, for brands to show more diversity and inclusiveness,” Aden said. “So whether it’s seeing more models like me in fashion campaigns, or women and men from other beliefs, the standards of beauty should be inclusive of everyone. I hope that by being a part of this campaign I can show not only girls from my same beliefs, but all young girls, that you can do anything that you dream of and your beauty comes from your own unique story.”

Roughly a week after this campaign’s debut, American Eagle is doubling down on its inclusivity, debuting a denim hijab on its website for $19.95.