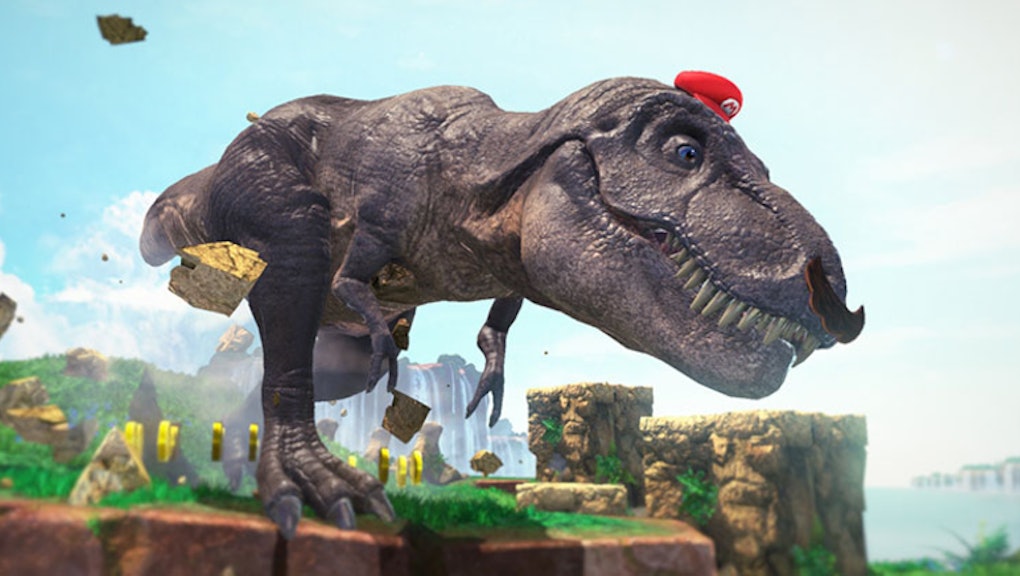 Super Mario Odyssey features no lives or game over screens

This tweet, with an accompanying GIF, sort of explains what’s going on:

When Mario died, he didn’t lose a life or see a game over screen like in, well, every other Mario platformer ever made. Instead, he just lost 10 coins and moved on. Eurogamer translated the text from the tweet as follows:

Even if Mario’s health drops to zero, you’ll just lose 10 of your coins. No matter how many times you fail, though, there is no Game Over!

That’s a subtle but enormous change to the Mario formula. For as great as the Galaxy games were, the fact that they still had lives (a holdover from when games tried to guzzle coins out of players) was anachronistic and strange. Nintendo is finally getting away from the archaic mechanic with Super Mario Odyssey, which is welcome news.

That doesn’t mean the game is entirely without risk, as coins are actually used to buy outfits and other goodies in shops around Odyssey’s in-game worlds. That means you should still avoid dying, but you won’t have to worry about losing game progress for lack of available 1-up mushrooms anymore.