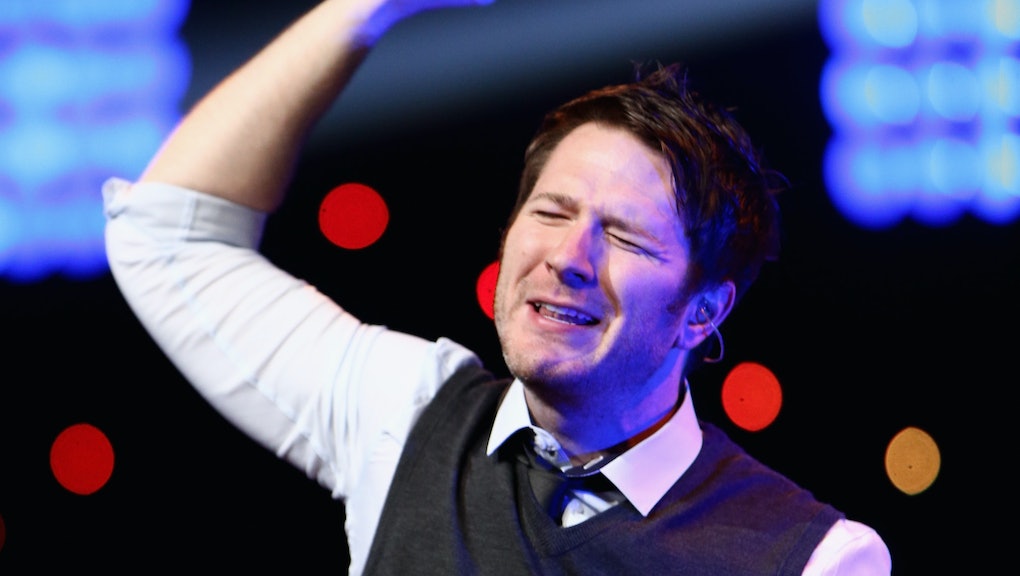 Not long ago, at a local bar’s karaoke night, I saw some drunk bro perform “All Star,” the 1999 hit single by the American rock band Smash Mouth.

It was not a good performance — for a number of reasons — but our boy seemed to think that the joke of singing the song at all would carry him through. A year or two ago, he might have been right: “All Star” had became a heavily ironized meme thanks to its inclusion in the likewise meme-inspiring film Shrek and the band’s desperate efforts to distance themselves from this legacy. Yet aside from a few chuckles at the outset, nobody was that into the gag, and when the bro tried to punctuate the end of the tune with a mic drop, he was berated by the DJ and rather swiftly escorted off the premises.

Even with YouTube user Jon Sudano still diligently proving that the lyrics and melody of “All Star” can be sung along to any other pop song in existence, it’s safe to say the meme’s heyday has come and gone.

Which leaves us to wonder: What song could conceivably replace it as an internet punch line?

Like “All Star” before it, “Fireflies” had to become fully embedded in the cultural consciousness before it could enjoy its renaissance as a meme. Written by musician Adam Young, who had gained a following on MySpace and independently released two albums before it, the track served as a major-label debut single in 2009, and it rocketed to the No. 1 slot on the Billboard Hot 100.

Even to those who didn’t like it, “Fireflies” was catchy — perhaps maddeningly so. In its cuddly hook and burbling electronic effects, many heard a more cloying version of an indie-pop aesthetic most closely associated with Seattle band the Postal Service, an influence Young doesn’t mind people citing. And, in contrast to much of what gains traction on the charts, the content of “Fireflies” is almost absurdly innocent: It’s literally about lightning bugs.

A new generation is discovering “Fireflies” and making it its own

Clearly the passage of time is a necessary ingredient for this sort of maturation; like a fine wine, a song must achieve ubiquity and then age before it re-emerges as an in-joke. Apparently it takes about a decade to complete the shift — enough time to foster nostalgia, but not so long that the song feels like a relic. Instead, it has to be a marker of a past so recent that we can hardly believe all that’s happened in between.

But what else about “Fireflies” makes it work as a meme? Without a doubt, mockery plays an important role. Just as trolls love to torment Smash Mouth by calling them “the Shrek band,” people are now latching onto the saccharine quality of “Fireflies” and finding humor in grotesquely distorting this polished, twee sound — playing the song on blown-out speakers, and at an abrasive volume typically reserved for shredding heavy metal or club-ready hip-hop.

The second coming of “Fireflies” isn’t just about these potshots, though. In its disarming earnestness, it did genuinely strike a nerve when it first came out. Now another generation seems to be discovering it — and making it its own.

Could it be that we were all closet Owl City fans this entire time? Or that it feels good to give ourselves over to the pure corniness of a line like “’Cause I’d get a thousand hugs/ From 10,000 lightning bugs”? Or is it simply that Young, who got his start by going viral and directly engaging with fans online, is the type of guy who replies with painstaking math when someone on Twitter asks him to explain this befuddling lyric? (Because, oh right, he actually did.)

It’s a strange new world for memes and pop culture

A meme never comes down to any one animating factor, but these — in combination — get pretty close to explaining the half-intentional “Fireflies” resurgence.

As to why it resonates differently in 2017 than it did in 2009, well, the world has changed a bit. Back then, we were riding high on then-President Barack Obama’s audacious hope, and the wide-eyed naïveté of a humble basement project like Owl City squared neatly with that optimism. Now, living in fear under President Donald Trump, it’s nice to return to a song with no sharp edges or politics. “Fireflies” is, in a very real sense, an aural safe space — a bouncy castle where nothing may intrude.

Now, living in fear under Trump, it’s nice to return to a song with no sharp edges or politics.

Call it sticking your head in the sand if you like. Say that we’re ignoring hard truths and choosing to be coddled. Because in the end, it’s comforting to imagine a universe in which the overt, even embarrassing niceness of “Fireflies” not only thrives, but prevails. It’s not an anthem of the people’s power, and it’s not going to kick-start the revolution. Unless, of course, that revolution is the interior one: an opening of hearts to the brightness of life.