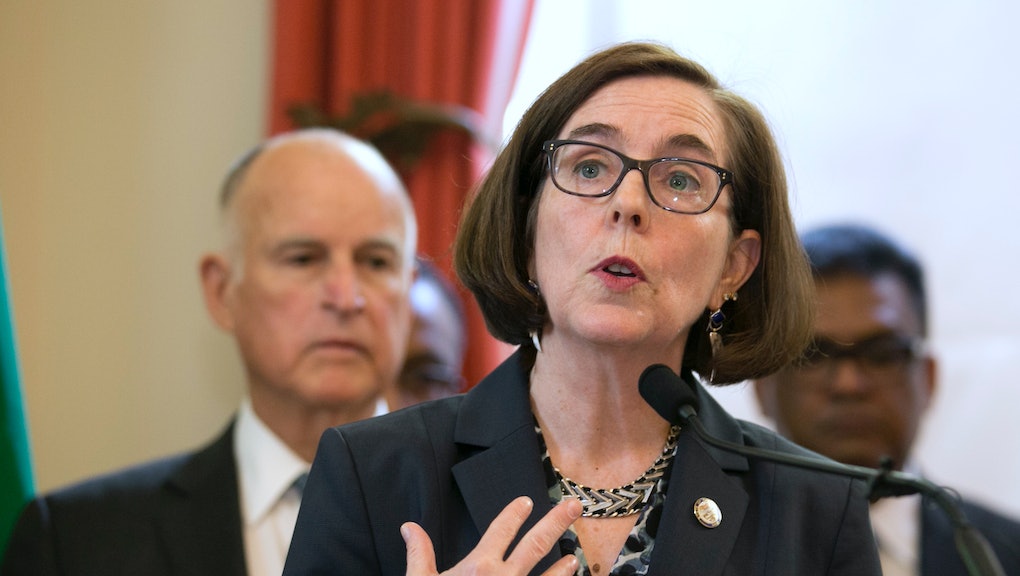 Oregon just became the latest state to safeguard its residents’ reproductive rights against the GOP’s agenda.

According to Slate, the law would also make this care cost-free for patients, even if GOP legislators succeed in passing their alternative to the Affordable Care Act — or, you know, in the event the Supreme Court overturns Roe v. Wade.

These measures are especially important to the state’s most vulnerable populations, which include transgender and gender nonconforming residents — who can be denied reproductive health coverage — and immigrants, whose citizenship status means they don’t always qualify for Medicaid. If Gov. Kate Brown signs the bill into law, Oregon would reimburse providers who offer reproductive care to any of these patients.

While many states have had some version of Oregon’s latest legislation on the books since the late 1990s, according to the New York Times, there’s been a resurgence in efforts to push for “contraceptive equity” laws since President Donald Trump took office.

In June, Nevada Gov. Brian Sandoval signed off on a bill requiring health insurance companies to cover 12 months of birth control at a time, with no cost patients. Governors in Colorado and Washington have done the same.

And in April, Maryland became the first state to make funding Planned Parenthood part of its state law with legislation that promised to reimburse clinics if the federal government cuts their funding. Republican Gov. Larry Hogan had allowed the bill to pass into law without his signature.

Oregon, however, is the only state other than California to require insurers to cover all abortions — not just those that are medically necessary — which makes the Reproductive Health Equity Act slightly more radical than its peers. According to The Oregonian, the legislation’s abortion statute had also been its most contentious feature.

But for Sen. Laurie Monnes Anderson, one of the bill’s 10 Democratic co-sponsors, the legislation’s measures are necessary for securing better quality health care for Oregon’s women.

“I have seen the difference between what a poor woman can get and one that has financial means to get birth control and health services,” she said.