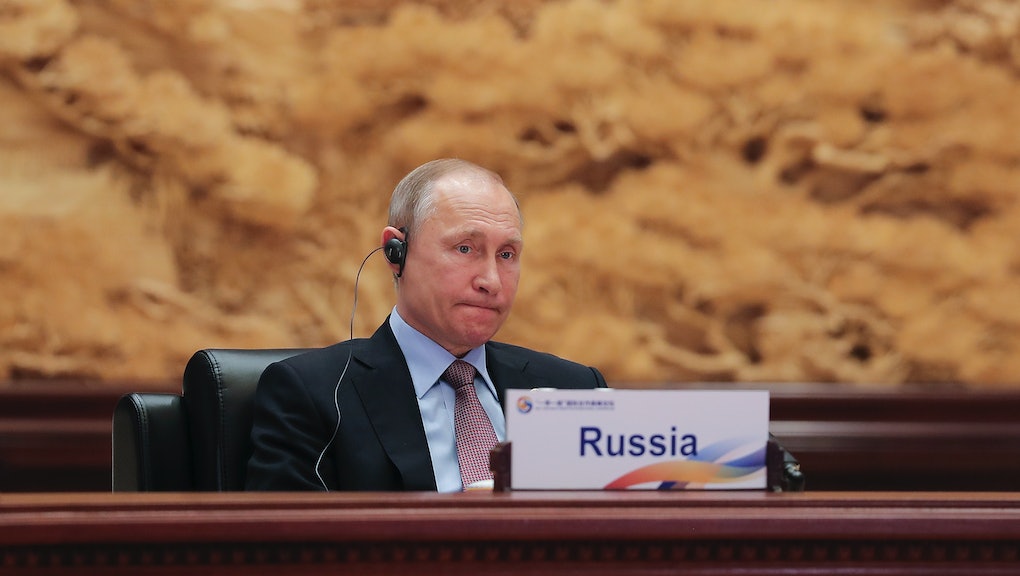 Russia reportedly increased its US surveillance after Trump took office

Russian spies are keeping an even closer eye on the United States than usual, according to a CNN report.

Current and former intelligence officials told the outlet they’ve noticed an uptick in Russian surveillance of the U.S. since the 2016 election. This Russian espionage has come in the form of an increase in as many as 150 suspected Russian spies entering the U.S. in the guise of businessmen. And in what CNN calls a “flashpoint” in U.S.-Russia relations, U.S. officials shuttered Russian diplomatic compounds in December because they believed it had been compromised by Russian spy software.

The timing, officials said, likely has to do with the sanctions former President Barack Obama imposed on the country for meddling in said election. In December, Obama ousted 35 Russian intelligence officials from the U.S., giving them 72 hours to leave the country, and imposed sanctions on the two Russian intelligence groups responsible for the Democratic National Committee hack.

But even barring election hacking, officials said the increase in Russian espionage could simply be because Russian officials still aren’t sure what to expect of the country’s new leader.

“Whenever there is a deterioration of relations between countries — the espionage and intelligence collection part becomes that much more important as they try to determine the plans and intentions of the adversarial government,” Steve Hall, a retired CIA chief of operations, explained to CNN.

News of Russia’s redoubled espionage efforts comes on the heels of Trump and Russian President Vladimir Putin’s first face-to-face since Trump became president, which is to take place on Friday at the G20 summit in Hamburg, Germany.

Considering Trump continues to cast doubt as to whether there’s any truth to the unanimous reports from the U.S. intelligence community confirming Russian election meddling, it’s unlikely word of increased spying will come up.

“Well, I think it was Russia, and I think it could have been other people in other countries,” Trump said of the election hack at a joint news conference with Polish President Andrzej Duda on Thursday.

Trump’s refusal to condemn Russia for its meddling may only be encouraging their spying that much more, a former intelligence officials told CNN.

“Russians have maintained an aggressive collection posture in the U.S., and their success in election meddling has not deterred them,” they said.