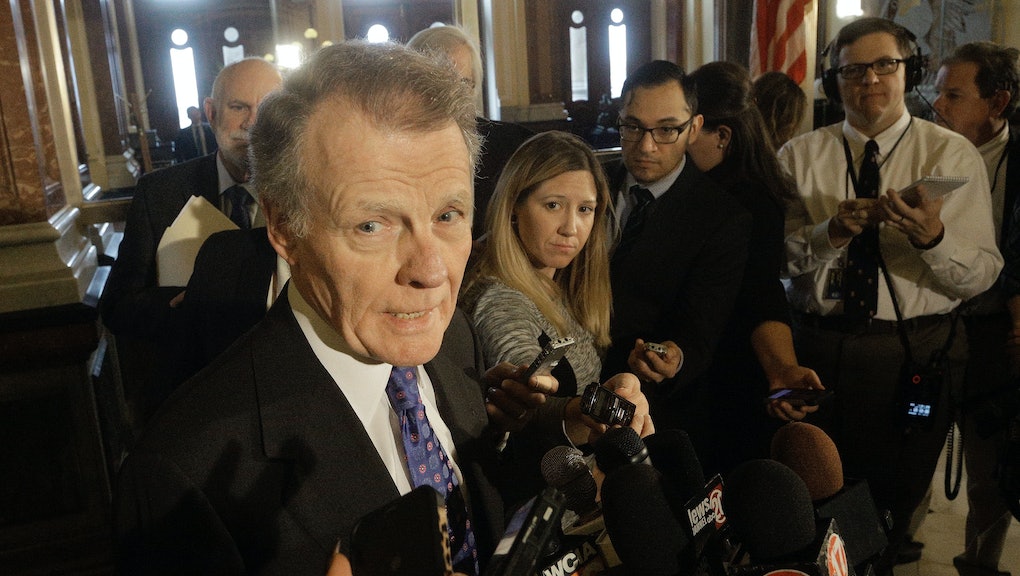 Illinois passes first budget since 2015. Here’s how the historic impasse took its toll on the state.

The longest budget standoff of any U.S. state has lumbered to an end.

Illinois — which has been without a budget since 2015 — concluded its historic impasse Thursday when the state House of Representatives overrode Republican Gov. Bruce Rauner’s veto, breaking a dramatic 736 days of partisan gridlock.

Going more than two years without a budget has already had a severe impact on the Illinois and threatened to make it the first state to be downgraded to a junk credit rating. But another year without a budget, activist Liz Kersjes said in an interview Friday, would have been “disastrous for the children and most vulnerable citizens of Illinois.”

“It’s a huge relief for the social services and schools in the state,” Kersjes, founder of the Chicago Action Alliance, a political organization that focuses on local issues, said. “I’m glad the Illinois General Assembly did the right thing and overrode the governor’s veto.”

Passing the $36 billion budget — which includes a controversial 32% income tax hike — required 10 House Republicans to break with their party and join powerful House Speaker Michael Madigan and the Democrats to override Rauner, who called the move “another step in Illinois’ never-ending tragic trail of tax hikes.”

The two years of deadlock were disastrous

Rauner, a billionaire Republican who had never held office, gained the governor’s mansion in 2014 on a promise to “shake up Springfield.” Promising to clear up the state’s dysfunction and revitalize its economy, Rauner in 2015 demanded changes to workers’ compensation, collective bargaining rights and taxes in the state’s budget negotiations, which the Democrats who control both houses of the state legislature said would hurt middle- and working-class Illinoisans.

The two-year deadlock that followed had a widespread impact on organizations, public schools and higher education institutions that depend on state funding.

According to Kersjes, services for children and vulnerable residents of the state were “stressed almost to their breaking point.”

“I’ve talked to elementary school librarians who don’t know if they will get paid from one week to the next,” Kersjes said. “I’ve heard the stories of young people working at homeless service centers who know their clients have nowhere to go if they close their doors.”

In a statement emailed to Mic, Southern Illinois University president Randy Dunn said passing the budget on Thursday was a “tough decision” necessary to “effective governance.”

“With the veto override and the enactment of the state’s budget, SIU’s campuses can return their full focus to the most important job we do – educating the leaders of tomorrow,” Dunn said. “Today, it’s even more important that we give extra appreciation to those individuals who, recognizing the need for a balanced budget that relies on revenue, cast a heroic vote to provide the dollars our students need to help fund their education as well as provide dollars for our 6,000 [Monetary Award Program] grant recipients.”

Madigan, who has controlled the state House for more than 30 years, celebrated the override as a bipartisan step to do what was “right for the future of our state.”

That future is still uncertain after the passed budget.

Illinois still may be downgraded to junk status, which would hike borrowing rates for the already cash-strapped state.

The state’s finances remain a mess, with over $15 billion in overdue bills because of the budget standoff.

Budget cuts in the bipartisan deal will also mean that organizations and schools will likely receive less funding than they got before the impasse. State agencies will see a 5% cut, according to the Washington Post.

Still, according to Illinois Comptroller Susana Mendoza, the compromise Thursday was a “glimmer of hope” for the future of the state.

“No matter our differences, I hope we can agree that our state is worth fighting for,” Mendoza said in a video statement after the budget passed. “We have a long and bumpy road ahead toward good fiscal health, but we’ll get there, step by step, together.”