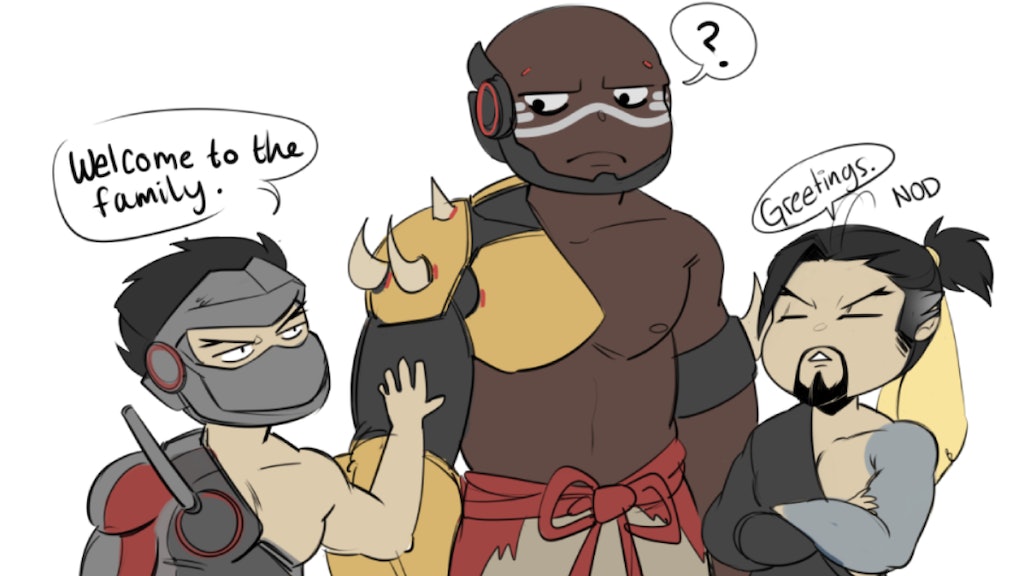 ‘Overwatch’ Doomfist Release: Here’s some of the best fan art for the new hero

The Overwatch fandom cannot be contained. It’s been one day since Doomfist was announced and released, yet the fandom has already made a ton of new fan art. Pretty soon there’s going to be too much to keep track, so we thought it be might be a good idea to some of our favorites in one handy place.

Check out some of the best Doomfist fan art so far

Is there any place to begin other than a picture of Fistgabe — the Doomfist/Reaper ship? Overwatch fan artists have a real knack for making Reaper appear a lot more cutesy than his original design, but this is next level.

Keeping with the theme, there is a lot of fan art about Doomfist interacting with the rest of the Talon family. Similar to how Soldier 76 is portrayed sometimes, he seems to be the dad of the group.

First, here’s an image of Doomfist high-fiving a really excited Sombra and not understanding his own strength — although she doesn’t seem to mind.

And here’s an image of Doomfist carrying the rest of the Talon squad like the father figure he’s always been destined to be.

One of the most notable jokes that has come out since Doomfist’s announcement was about the newly formed nipple trio.

With the introduction of the Genji skin from the Uprising event, people made jokes about Hanzo and Genji both having their left nipples revealed in their clothing. Now with Doomfist’s appearance, the joke has just expanded.

Some fan art isn’t about jokes or ships, but is just a nice drawing of the character. To pay homage to his fighting-game-inspired play style, here’s a pixel art sprite of Doomfist that resembles old fighting games and ’90s arcade beat ‘em ups.

Finally, here’s a simple, but really nicely made illustration. The colors are warm and feel balanced but vibrant. I would (and probably will) make it my wallpaper on my laptop and my phone.

Based on this fan art, it seems Doomfist is already getting a warm welcome from the fandom. He’s getting some in depth fan lore and ships already — it’s wonderful. We can only hope that all this love keeps up when Doomfist is finally released.