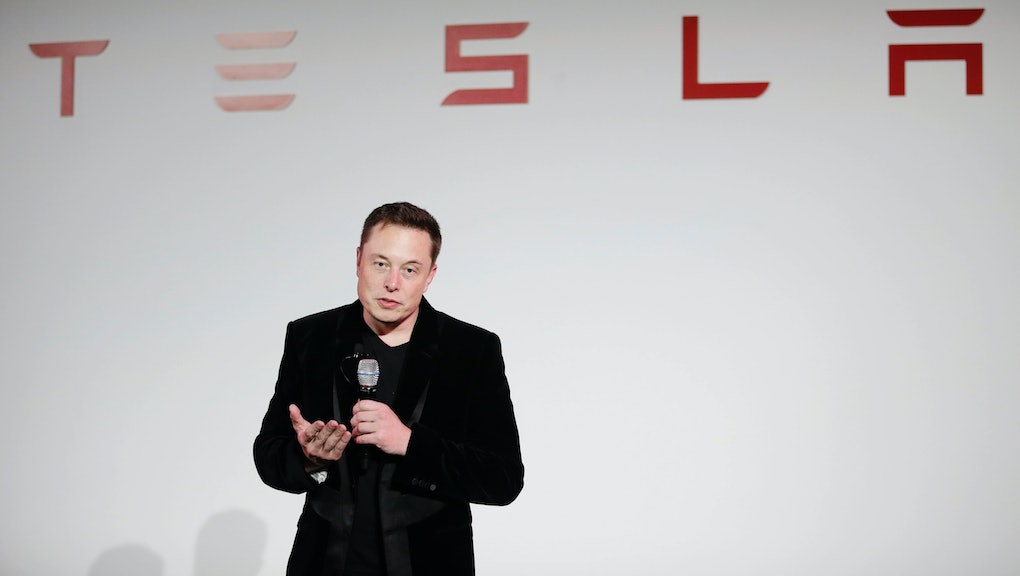 Silicon Valley has been rocked over the last few months by a flood of sexual harassment allegations, with former Uber engineer Susan Fowler’s blog post the catalyst behind the torrent of women coming forward. While these are certainly not the first (second, third, fourth or fifth) harassment and discrimination allegations a tech company has faced recently, it still appears male tech leaders don’t know how to appropriately address them.

Case in point: Tesla CEO Elon Musk sent a company-wide email two days after firing a female engineer who sued the company in February for sexual harassment and discrimination.

A.J. Vandermeyden, the engineer, claimed that she was paid a lower salary than her male counterparts and that less qualified men were promoted over her. She also claimed that the company ignored her when she complained about “pervasive harassment” and also retaliated against her.

Rather than signal any support for underrepresented individuals at Tesla who may be facing similar circumstances, or showing employees that these complaints are taken seriously, Musk referred to this engineer (not specifically naming Vandermeyden) as a “jerk.”

“If you are part of a less represented group, you don’t get a free pass on being a jerk yourself,” Musk said, the Guardian reported. “We have had a few cases at Tesla where someone in a less represented group was actually given a job or promoted over more qualified highly represented candidates and then decided to sue Tesla for millions of dollars because they felt they weren’t promoted enough. That is obviously not cool.”

Jessica Price, a game producer formerly at Paizo and Microsoft, said male tech leaders like Musk need to step up.

“Men in positions of power hate being publicly called out by women, but especially given the tech industry’s reputation for being enthusiastically misogynist, it’s really on them to demonstrate that they’ll listen if we talk to them privately,” she said in an email.

Not a good look

It does not inspire faith in employees to speak up about issues of harassment when the most powerful person at their company denigrates those who do.

Rather than demonstrate to his employees that Tesla will treat those who raise concerns about hostile work environments with respect, Musk bred a fear of retaliation. That’s a great way to get people to keep their mouths shut, aside from an ironclad NDA.

“It’s really easy to have a bad knee-jerk reaction when you get called out for sexism, and [Musk’s response] falls in that category,” Price said. “Even in cases — which are vanishingly rare — when someone falsely accuses a company of sexism, they’re unlikely to be 100% wrong, for the simple fact that unconscious bias is a major problem. We can all do better, and if you don’t think you can do better, you’re not keeping up with the science on these issues.”

Price added that “when a company or executive’s response is to turn around and attack the woman making the accusations, the first thing it shows is that they’re not willing to listen. There are also the underlying suggestions that including women means lowering your standards, and that employing women is somehow doing them a favor.”

So let’s say, hypothetically, you were a male tech CEO. What is the appropriate way to respond when you or your company (or both) are accused of sexual harassment or gender discrimination?

While we have investigated the claims made by [the accuser] and found them, in her particular case, to be groundless, this incident has been a good reminder that we need to engage in regular self-examination about the ways in which unconscious bias can influence our interactions with and treatment of members of different demographic groups. We’re doing X, Y and Z to make sure our company remains a place where talent can flourish unhindered, and we encourage everyone here to continue to talk with us about ways we can make sure we’re always improving.

Valerie Aurora, principal consultant of tech diversity and inclusion firm Frame Shift Consulting, said in an email that “an executive that is open to hearing about problems before they get so bad they turn into a public news story will act completely differently: They will respond to reports of discrimination — whether or not they are true — with a good faith investigation, examination of their systems for preventing and responding to discrimination and sincere thanks to the person who risked reporting the problem.”

Aurora added that this kind of executive won’t criticize the personality or reputation of the individual who reported the harassment, “even when justified, because they know the negative effect that will have on other employees considering whether to report problems up the management chain.”

If Elon Musk cares about all of his employees, he’d be wise to heed this advice.