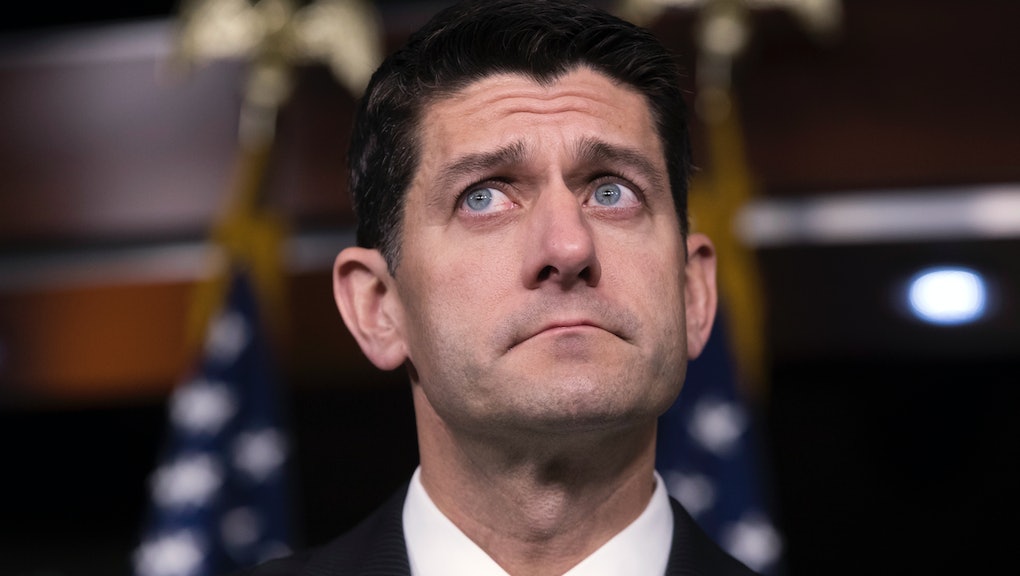 Paul Ryan won’t hold public town halls anymore because protesters have made it impossible for him to have a “civil, good, quiet conversation with constituents,” the House speaker told reporters in his home state of Wisconsin Friday.

“I don’t want to have a situation where we just have a screaming fest, a shouting fest, where people are being bused in from out of the district to get on TV because they’re yelling at somebody,” Ryan said. “That does nobody any good. What I want to do is have a civil, good, quiet conversation with constituents.”

The announcement came in response to a CBS News question at a Madison press conference about when he would hold an open town hall.

Rather than the open town halls he used to hold, Ryan said, he would instead use “new and creative” methods of meeting with constituents, such as “telephone town halls,” office hours and smaller “employee town halls.”

His refusal to hold public town halls has earned him criticism, including from Randy Bryce — the famously mustachioed Democrat mounting a long-shot challenge against Ryan.

But it’s not just the left that’s calling out Ryan — some on the right, like former Congressman Joe Walsh, have also called him out for the apparent lack of transparency.

But Ryan isn’t the only one avoiding town halls. Other Republicans have also been accused of avoiding constituents angry over their plan to repeal and replace the Affordable Care Act.

GOP leaders in the Senate recently delayed the vote on the bill, lacking enough support from Senate Republicans whose enthusiasm “eroded” after returning to their home districts during the July Fourth recess.