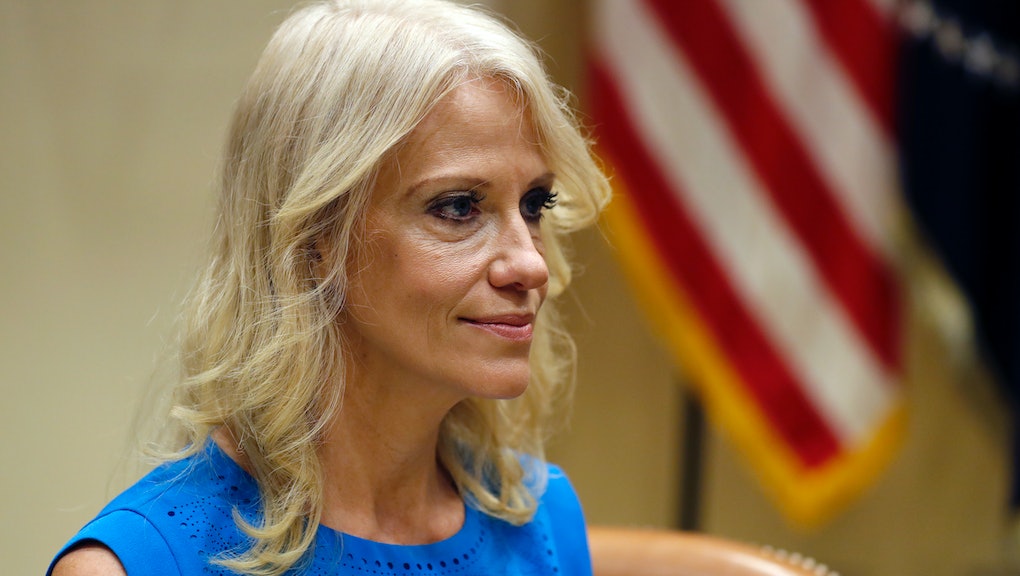 On Monday’s Good Morning America, host George Stephanopoulos held Kellyanne Conway’s feet to the coals over her vehement denial in December that any contact had been made between President Donald Trump’s camp and Russia.

After news broke that Donald Trump Jr. had met with a Russian lawyer just days after his father secured the Republican nomination for the presidency, Conway, a counselor to the president, was forced to backtrack on her previous denials that members of the Trump administration had met with Russian officials.

In an old Face the Nation clip, which Stephanopoulos cut to before his line of questioning, Conway could be heard vigorously denying such meetings had occurred.

“Absolutely not... those conversations never happened,” Conway said in December. “I hear people saying it like it’s a fact on television, and that is not only inaccurate and false but it’s dangerous.”

“It did turn out to be a fact,” Stephanopoulos countered on Monday, “so who misled you, and why did Don Jr., Jared Kushner and Paul Manafort allow those public denials to stand for so many months?”

Conway, in a breezy manner, made light of the new reports.

“As I understand it, George, some of the disclosure forms have been amended since that time to reflect other meetings, including this one,” she said.

When pressed by Stephanopoulos on whether the meeting represented “at minimum, an attempt at collusion,” Conway was similarly dismissive.

“Everyone is trying to convert wishful thinking into hard evidence [of collusion],” she said. “They haven’t been able to do that.”