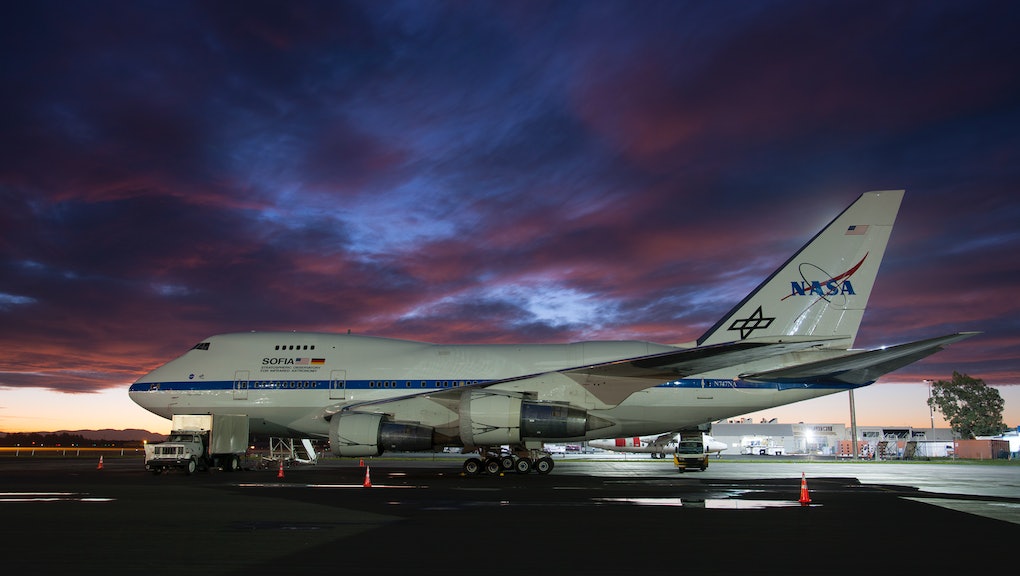 NASA is sending its Pluto probe to a new target it barely knows. Here’s what it wants to find out.

NASA’s New Horizons mission captured stunning shots of Pluto and its moon Charon with a close flyby in July 2015. It got a new mission, made official in 2016, that wasn’t even possible when it first launched in 2006. Right now, the team is working with other NASA projects to get the information it needs to make its next stop a success.

Its new target is an obscure destination known as 2014 MU69, which astronomers first spotted in 2014. It’s located in the Kuiper Belt, a ring of dwarf planets, comets and other icy bodies that’s between 30 and 55 times further from the sun than the Earth is. That’s, remarkably, the same general neighborhood as Pluto, although MU69 is nearly a billion miles away from the demoted planet. News Horizons is due to reach it on Jan. 1, 2019.

And right now, scientists really don’t know what they’ll find when the spacecraft finally makes it out there. The choice of destination was largely determined by logistics: The New Horizons team knew they wanted to visit a Kuiper Belt object, but had to find one they could actually reach given the amount of fuel available on the spacecraft. That narrowed it down to just five options, all of which were spotted in 2014. MU69 was the easiest of these to reach.

Astronomers have a lot of questions about MU69 and the Kuiper Belt generally. It’s only been 25 years since the very first Kuiper Belt object was spotted, and the area is so far away it’s difficult even to pin down the size of individual objects.

That’s true of MU69, too. Right now, scientists think it’s, at most, between 12 and 25 miles across, about the size of a large American city, but it may be well be smaller. And some unusual results from an observation made in June have astronomers stumped, too — they suggest MU69 could be very reflective, or perhaps two or more objects clumped together.

From the glimpses the Hubble Space Telescope has caught of objects like MU69, they appear to be a range of different colors, another mystery scientists want to tackle. The colors could be caused by different layers showing through to the surface, and by different weathering and eruption patterns affecting those layers.

The New Horizon MU69 flyby should shed some light on these questions, as well as tell astronomers more about Kuiper Belt objects generally. Scientists hope that these objects, because they are so far away from the sun, have literally frozen characteristics of the early solar system in time.

How the flyby will happen

It’s a risky mission: The Kuiper Belt is full of small objects, which means lots of things for a spaceship to run into. So to try to keep New Horizons safe, NASA and its German counterpart ran a mission on Monday with a plane-based telescope called the Stratospheric Observatory for Infrared Astronomy, or SOFIA.

Here’s how it works: First, astronomers calculate when MU69 would end up between a star and the Earth, and where on Earth’s surface the shadow that arrangement created would fall. Then, they flew SOFIA to meet the middle of the shadow, in this case over the Pacific Ocean.

From there, the telescope can spot tiny changes in the star’s light as MU69 passes by — and crunching that data can tip the New Horizons team off to debris around their target.

SOFIA, which flies on a rehabbed 1977 Boeing 747SP, took a similar look at Pluto’s environment during the first leg of New Horizons’ journey, and the Hubble Space Telescope will also be checking for debris around MU69 on July 17.