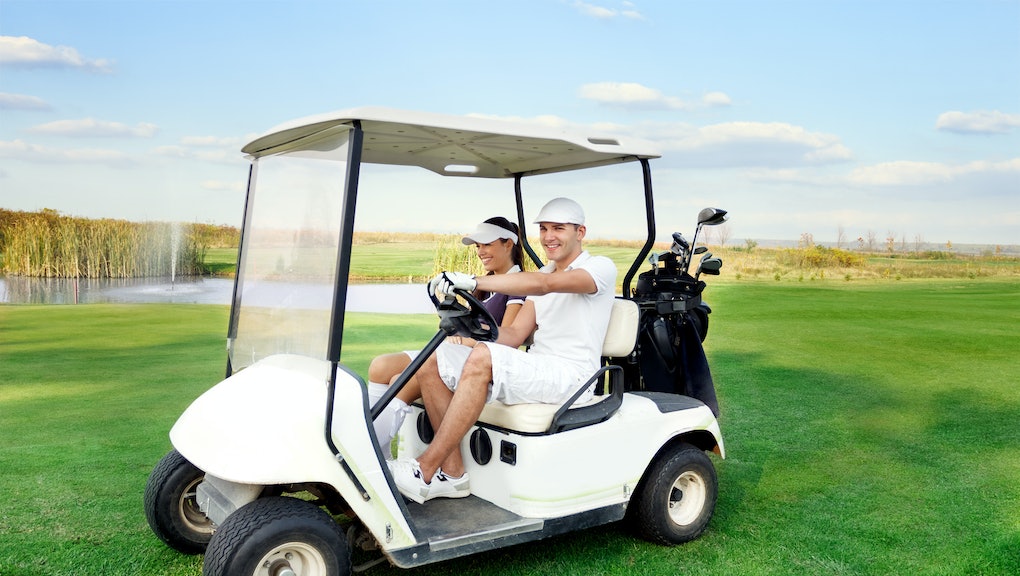 People have begun running their friends over with golf carts in an attempt to go viral.

The trend started on July 2, when the popular Instagram account “Best Vines” posted a video of a child being run over by another child in a kiddie car with the caption, “Would you run over your best friend for 2 million dollars?”

Golf enthusiasts clearly heard the calling and decided they didn’t even need money to plow their friends into the ground.

It’s unclear whether the victims of this meme are aware that they’re participating or if there have been any serious injuries. Some golfers seem in on the joke while others appear to be caught totally off guard.

Though golf carts aren’t exactly real cars, they can still do some serious damage. The average golf cart weighs between 500 and 600 pounds, so it’s safe to say you wouldn’t exactly want to be caught underneath one.

Plus, if the person getting plowed down isn’t cool with the stunt they could potentially sue for assault.

One Denver man was arrested for running his friend over with a golf cart last year after a heated argument. His friend suffered bruised ribs and a cut so deep it required stitches.

Details like that don’t seem to matter much to many golfers though. “I am in full support of this trend,” one Instagram user commented on a Barstool Sports repost of one of the videos.

Other users commented, “I will laugh at these every time” and “I can’t get enough of these.”

There seemed to be at least one voice of reason however. One man did comment, “stop glorifying and encouraging this idiocy.”