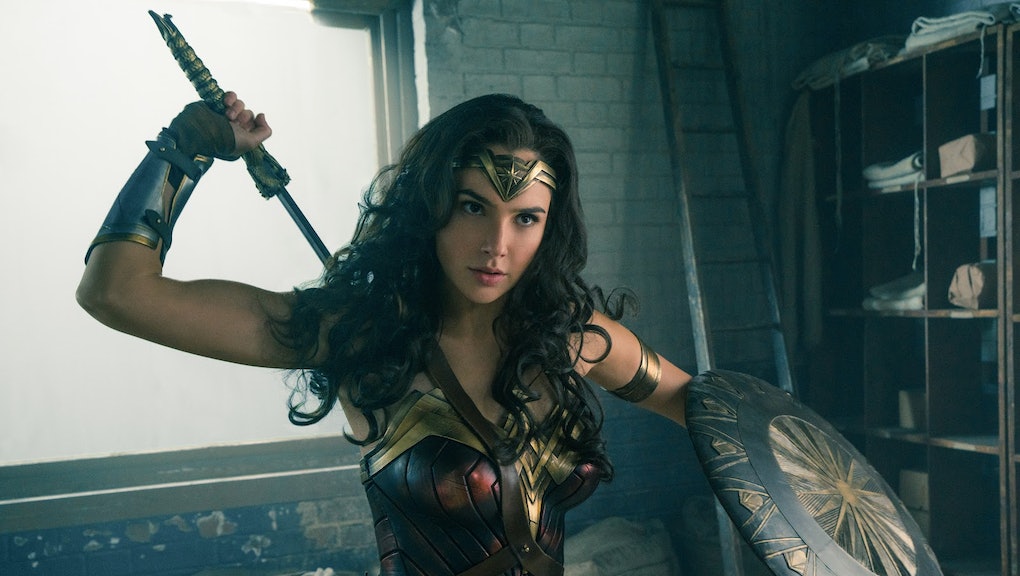 In a few short weeks, Wonder Woman will likely pass Guardians of the Galaxy Vol. 2 as the top-grossing film of the summer domestically — truly a remarkable feat for a standalone film set during World War I. The Gal Gadot-starring pic is already the DC Extended Universe’s top-grossing film in the United States, making talks of a sequel not at all surprising. And as those discussions are no doubt intensifying, plot details for the follow-up are starting to emerge.

According to Screen Rant, the not yet dated, but inevitable, Wonder Woman sequel is set to take place during the 1980s, pitting the hero against the Soviet Union during the height of the Cold War. This is an enticing plot that could make for another spectacular superhero film with a spy-thriller feel — not unlike Captain America: The Winter Solider. The report also suggests that Chris Pine could be returning, after he and Gadot displayed wonderful on-screen chemistry in the first film.

While there could be some concern that having Wonder Woman appear in a second period film risks becoming boring and repetitive, executive producer Geoff Johns and director Patty Jenkins, who are reportedly working on the sequel’s script, have certainly earned the right to make the movie they believe is best for the character and the fans. And placing a patriotic hero like Wonder Woman in one of the most intense political climates in the last 50 years is bound to make for a thrilling trip to the theater.

Still, no matter how enjoyable a Cold War-themed sequel could be for Wonder Woman, it is tough not to wonder whether it would be a missed opportunity for the larger DCEU. If, instead, the sequel existed in present day, there would be an opportunity for Warner Bros. and DC to build on Wonder Woman’s goodwill, while also making the hero’s second film instrumental to the entire extended universe. At the moment, the hero’s solo film exists in a vacuum, with no real stakes for the present-day universe.

Due to obvious similarities, Wonder Woman is often compared to Captain America: The First Avenger, the first Marvel Cinematic Universe film to feature Steve Rogers. Like The First Avenger, Wonder Woman primarily takes place in the war-riddled past, before concluding in the present. While Patty Jenkins — assuming she does indeed direct the sequel — certainly does not want to copy another film, it would still be smart to look at what that film’s sequel, Captain America: The Winter Soldier, did for the MCU.

Not only is The Winter Soldier possibly the best film in the entire MCU, but the events that took place during that movie — Hydra taking over SHIELD from within — continue to affect the universe, both in film and television (there is no telling what Agents of SHIELD would have become without it). Without suggesting any alternative plots, a Wonder Woman sequel could play an instrumental role in the narrative future of the DCEU, by having the events of the film have a long-lasting impact on subsequent movies.

Outside of Wonder Woman, DC’s cinematic universe has been less than stellar — and that is being generous. While there is no argument against the prior films’ financial success, Man of Steel, Batman v Superman and Suicide Squad left a whole lot to be desired. But largely thanks to Wonder Woman, interest in the DCEU is likely at its highest since it was announced that Batman would be appearing in a film with Superman. But Wonder Woman’s sequel could do more than increase excitement for the DCEU — it could set its new direction.

It is possible that setting the next Wonder Woman during the Cold War relieves DC of having to address the events of November’s Justice League, and if that is the case, it makes sense. But if not, DC would be smart to consider placing the sequel in present day, allowing the film to carry the narrative importance in the franchise that it deserves, while continuing to build a universe as impressive as Marvel’s. How exactly that is done, well, that is up to the genius of Geoff Johns and Patty Jenkins. And there are no concerns there.