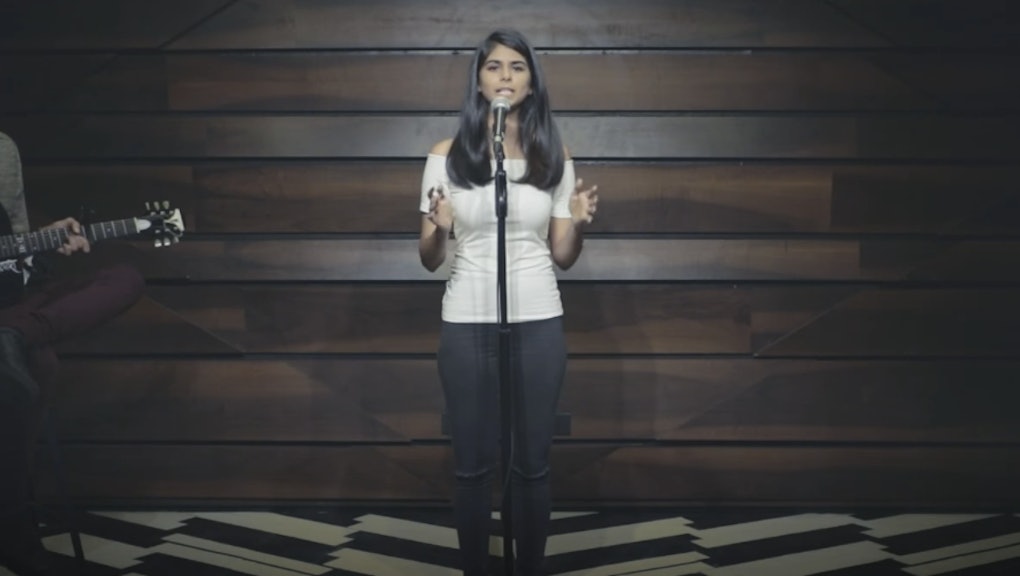 Aranya Johar is something of a viral sensation in her native India. A YouTube video of her reciting her poem “A Brown Girl’s Guide to Gender,” which tackled misogyny, rape and cat-calling, has gained more than one million views since its posting in March. Since then, she’s been gaining fame across the world for using her poems to address pressing subjects, from depression to just how important representation is for women like her in the fashion and beauty world.

A recent video of 18-year-old Johar reciting her latest poem, titled “A Brown Girl’s Guide to Beauty,” has already been watched more than 450,000 times on YouTube, and it starts with this:

“Since the age of 9, I’ve been slapping my face with fairness creams. Every face wash was a slap in the face because I was a skin tone which was... ugly.”

After interjecting a story about how one of her young male relatives nearly starved himself to achieve the abs that he saw on the cover of GQ, she goes back to how the beauty industry enforces this idea that fairer (or whiter) is better.

“I am the color of the strong fragrant tea Aunty sips while nonchalantly remarking, ‘Bipasha would be prettier if she was fair,’” she says.

“The color of our skin dictates our beauty and that’s not the only thing that’s unfair.”

“Only the light-skinned with European features are considered art.”

Then Johar goes into the damaging effects of enforcing an entirely unrealistic aspirational body type for women.

“And often women of gender reiterate these thoughts, but you see it’s internalized. It’s what we’ve been taught.”

Ultimately, what Johar’s poem concludes is that skin color shouldn’t define anyone at all, or prevent them from feeling worthy in a world where lighter skin is still seen as the best skin.

“Brown girls struggle to getting the right foundation, boys constantly doing weight calculations. We’re all more than our coloration and body types, ‘cause you and I, we’re all alike.”

You can watch Johar recite her entire moving poem below.