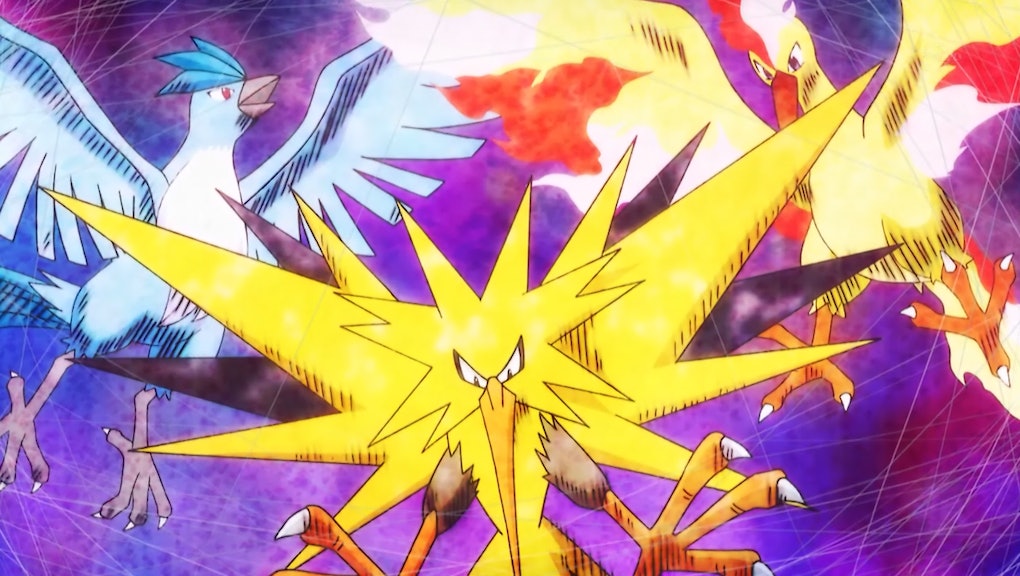 Niantic recently introduced raids to Pokémon Go, and fans’ thoughts have quickly drifted to legendary Pokémon. Not surprising, given that Mewtwo’s starring role in the game’s initial trailer looks a lot like a raid battle in hindsight. There’s also all that evidence from a recent APK data mine.

That’s still not enough, we may have some more grist for the Pokémon Go legendaries rumor mill sitting right under our noses.

As reported by Pokémon Go fan community, the Silph Road, the Indian iOS App Store has a special Pokémon Go ad running right now. The banner ad alerts players to the anniversary Pikachu currently available. The ad also mentions the first legendary Pokémon. Since this was on the App Store, trainers assumed it’s real but might be an accidental leak. This speculation only intensified when it showed up on the Singapore App Store as well.

“I can’t help but imagine the marketing guys hiding under their tables while [Niantic CEO John] Hanke is running through all rooms of the office searching for them to get them fired,” wrote Exabytez.

However, other posters were skeptical that this wasn’t just Niantic being Niantic.

“Yeah, I’m sure he’s [Hanke] pissed about all the free publicity,” wrote Clovis42.

Other posters also added on that it seemed unlikely that this was an unintentional leak.

“Not to mention, Niantic’s marketing team created these images and submitted them to these app stores to put into their ad rotation,” wrote NibblesMcGiblet, “and are likely paying for it to be there as well. It’s not a leak, it’s an advertisement.”

Regardless of what you choose to believe, the hype train rolls on. Here’s hoping Niantic makes good on their promise of a legendary summer soon.