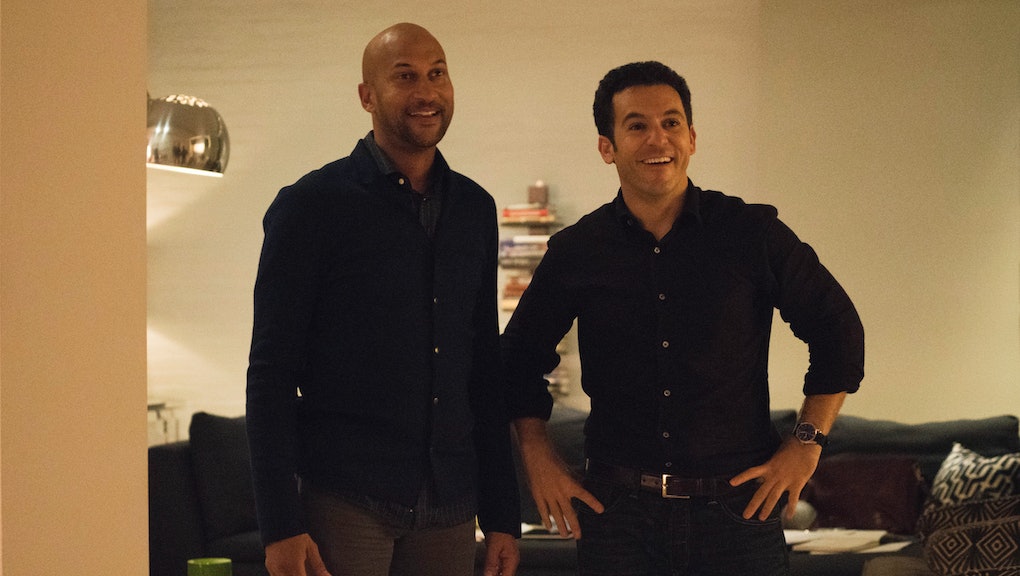 As a general rule, “don’t watch this” is bad criticism. Reviews of film and TV shouldn’t boil down to a basic yes or no — they should dig into the work, offer up arguments and points and allow the audience to absorb them. That way, the reader can make an informed decision for themselves.

There are exceptions to this, of course. Some works are simply so vile in intent (a la Tom Ford’s woman-hating thriller Nocturnal Animals) or artless in approach (the confused and confusing Emma Watson vehicle The Circle) that criticizing them becomes a fruitless exercise. In some cases, the effort put forth in the work is so limited that it does not merit serious critical consideration.

Such is the case with Friends From College, Netflix’s newest original series debuting on the platform Friday. The series — about a group of Harvard alumni reconnecting in New York City almost two decades after graduating — is maddening in its aimlessness. Somehow, despite consisting of only eight 30-minute episodes, Friends From College manages to be a waste of everyone’s time. It’s an utter bungling of a decent premise, and even the charismatic cast can’t elevate the material. Ultimately, the whole venture is just pointless, and really not worth audiences’ time in an age where so many shows are competing for attention.

Friends From College centers on married couple Ethan and Lisa Turner, played by Keegan-Michael Key and Cobie Smulders, who impulsively move to New York and struggle to adjust while trying to get pregnant. Their friends are satellites around them: Sam (Annie Parisse), the woman Ethan is having an affair with; Nick (Nat Faxon), a cad who dates significantly younger women; Max (Fred Savage), Ethan’s literary agent and the gay member of the circle; and Marianne (Jae Suh Park), the quiet friend Ethan and Lisa stay with upon their return.

Not one of those characters is likable — which isn’t intrinsically a bad thing. Shows about unlikable people can be fantastic. But Friends From College is built in the Friends mode: Six pals hanging out, with story on the backburner and relationships forming the meat of the show. When you are so actively put off by everyone, though, what’s the purpose of watching?

In one early episode, partners-in-affair Ethan and Sam are caught having sex in public. There’s an extended scene with the police officer where they try to negotiate paying for the ticket for public fornication then and there, instead of having it mailed to them. (They are, obviously, unsuccessful.) The next episode starts with a montage of them trying to get to the ticket in the mail first so as to deceive their respective spouses. The show seemingly wants the viewer to root for the characters to succeed in their mission, but there’s no incentive to that. Why would you cheer for these awful people to get away with their affair?

Even hate-watchers who might want to see these horrible people get their comeuppance will be foiled; despite doing terrible, often criminal things, the characters almost always get away with it.

In the fourth episode, Ethan and Lisa go on a veritable caper to get a specific drug for their IVF treatment after Ethan accidentally loses their dose. In the process, they ruin Max’s birthday dinner with his partner, Felix (played by Billy Eichner), verbally abuse a pharmacist, scream hateful invective at each other and forcibly break into a hospital pharmacy. Of course, they don’t face real consequences for any of this, and their triumph is played as a romantic moment for a pair that clearly has deep-seated issues.

The list of horrid behavior runs for miles: A pet rabbit is killed, a glass window is broken to cover Ethan and Sam’s affair, couples constantly and consistently lie to each other and so on. Much of this rests on Key’s shoulders; Ethan is easily the most loathsome character, and even an actor as charming and hilarious as Key can’t make him enjoyable to watch. One of his primary characteristics — not a one-time gag, but a running, painful joke — is that when he’s stressed, Ethan starts speaking in an exaggerated Southern drawl. No explanation is given for this, and the joke falls flat each and every time the show drags it out.

There are the occasional hopeful spots. Kate McKinnon shows up as a literary magnate for a fun extended cameo (with a shirtless Billy Magnussen playing her boytoy partner), while Eichner manages some deadpan humor that works. The relationship between Lisa and Sam is occasionally fascinating, as Sam works to maintain their friendship despite actively sleeping with Lisa’s husband.

But therein lies the problem: Just as soon as you start to think Friends From College is turning it around, it reminds you of how much thorny awfulness there is among these characters. You can admire a scene between Smulders and Parisse, but soon enough, their characters are back to being rotten jerks to everyone around them. These friends can’t escape their own worst qualities, nor can the show escape its numerous pitfalls.

With other half-hour comedies on Netflix that are either of much higher quality (Justin Simien’s brilliant college satire Dear White People) or just deeply watchable (the progressive, delightfully dramatic teen soap Degrassi: Next Class), it’s nigh-impossible to recommend watching Friends From College. A show that is seemingly trying so hard to make you hate these characters is ultimately an unpleasant, unnecessary venture. Chalk it up to a miss and get excited about seeing these actors in their next projects. In the meantime, you can safely RSVP no to this college reunion.

Friends From College, should you still dare to watch it, drops on Netflix Friday.