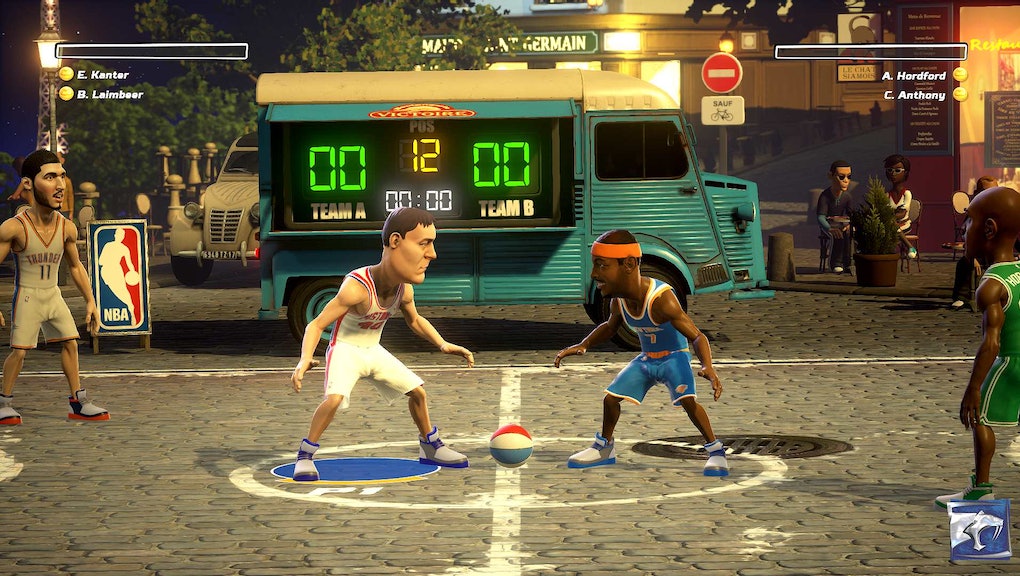 It took two months, but gamers who own NBA Playgrounds on the Nintendo Switch can finally play the game online. A new update was released Monday, July 10, that delivered the feature, which really should have been available at launch.

NBA Playgrounds Nintendo Switch Update: Everything included in the patch

The patch also includes several new players. The same update was actually delivered to the PlayStation 4, Xbox One and Windows PC versions of NBA Playgrounds in May when the game originally launched.

Unfortunately for Switch owners, there was a major delay in the arrival for Nintendo users.

A second patch offering more players hit other consoles in June; Switch owners are still awaiting that update. NBA Playgrounds developer Saber Interactive has promised Switch owners a free digital version of Shaq-Fu: A Legend Reborn in an effort to compensate for the inconvenience.

It’s still very early in the Switch’s life cycle, but there have already been a few disturbing trends for Switch owners who are fans of sports games.

For the first six months of the console’s existence there will be just one sports title, and that’s NBA Playgrounds. As for future sports titles coming in the fall, they may be watered-down versions of what we’ll see on the PS4 and Xbox One.

We’ve already received confirmation that FIFA 18 on the Nintendo Switch will be missing major features and that it won’t be running on the Frostbite engine.

WWE 2K18 is coming to the Switch, but it’s release date is currently listed as “Fall 2017,” while the PS4 and Xbox One versions are set for release on Oct. 17.

Hopefully, the delays and lower-quality products will vanish in 2018.

Love sports games? Check out more content from Mic, including tips for leveling up your MLB The Show RTTS player, the new story mode in Madden 18, a wish for the WWE 2K18 release and a detailed sports game release calendar.