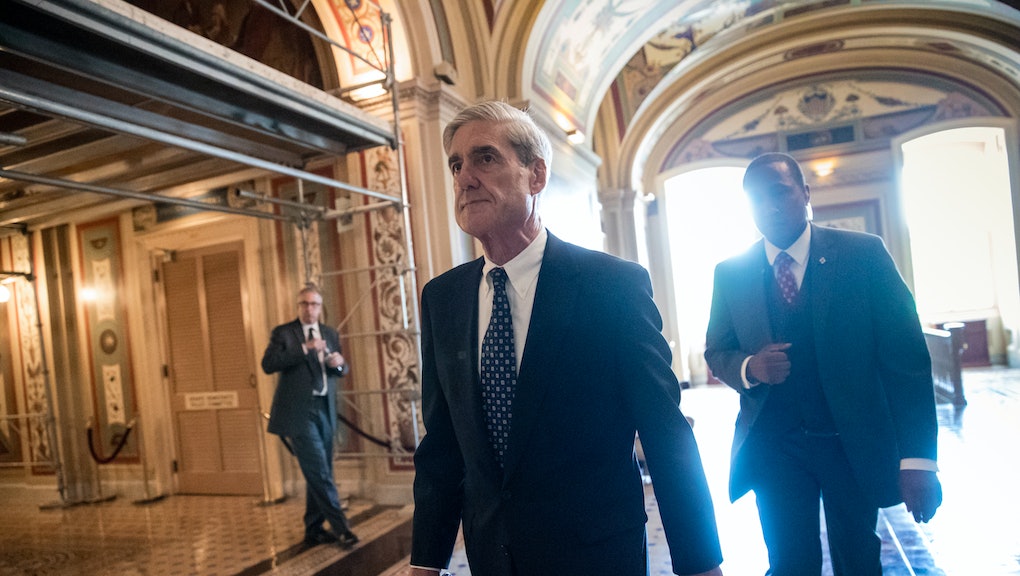 As Robert Mueller’s legal team grows, here’s what to know about the lawyers investigating Trump

As new revelations continue to mount regarding the Trump campaign’s alleged collusion with Russia, it will be up to special prosecutor Robert Mueller to investigate them all — with help from a highly experienced legal team.

Since his appointment as special prosecutor in May, Mueller has hired a team of 15 lawyers to aid in the investigation, and there are reportedly even more hires still to come, NPR reported Sunday.

Only 13 of the lawyers have been publicly identified, according to the Washington Post — but those who have been named make it clear Mueller is recruiting the top legal minds for this massive undertaking.

Here are the prosecutors who have been confirmed as part of Mueller’s special investigation team.

Andrew Weissmann served as the FBI’s general counsel during Mueller’s tenure as head of the FBI. He’s led the FBI’s fraud division since 2015 and directed the Enron Task Force from 2002 to 2005.

Weissmann previously tried 25 cases involving members of the Genovese, Colombo and Gambino crime families while working in the U.S. attorney’s office in the eastern district of New York, according to Politico.

Ahmad is an assistant U.S. attorney with the Eastern District of New York who specializes in counterterrorism cases. According to a May profile in the New Yorker, the lawyer has prosecuted 13 terrorism cases for the U.S. government since 2009 — and has won every time.

“Michael is the most brilliant and most knowledgeable federal criminal lawyer in America — period,” law professor and former acting solicitor general Walter Dellinger told the Post.

This isn’t Quarles’ first time investigating a presidential administration, as the lawyer — who most recently worked with Mueller at private law firm WilmerHale — previously served as an assistant special prosecutor during the Watergate investigation, where he specialized in campaign finance research.

“There is nothing comparable to the kind of pressure and obligation that this kind of job puts on your shoulders,” Richard Ben-Veniste, a fellow Watergate special prosecutor, told CNN. “Having been there before gives him the confidence to know how to do it and how to do it right.”

Rhee also comes to the investigation from WilmerHale, where she was a partner and specialized in advising clients who are the subject of government investigations. She previously served in the U.S. government as deputy assistant attorney general in the Office of Legal Counsel for the U.S. Department of Justice for two years during the Obama administration.

During her time at WilmerHale, Rhee represented the Clinton Foundation during a racketeering lawsuit in 2015, according to Politifact.

Zebley previously served as Mueller’s chief of staff at the FBI, before later going on to work with him once again at WilmerHale. Zebley also served in the FBI’s counterterrorism division and as a senior counselor in the National Security Division at the Department of Justice, as well as an assistant U.S. attorney in the National Security and Terrorism Unit in Alexandria, Virginia.

The prosecutor reportedly has an expertise in cybersecurity. Upon his hiring at WilmerHale, the law firm’s co-managing partner Robert Novick said Zebley “will add to our internal investigations, crisis management and cybersecurity capabilities.”

Also joining Mueller’s investigation from the FBI is Lisa Page, who worked in the organization’s Office of the General Counsel after serving as a trial attorney for the FBI’s organized crime and gang section.

In addition to Page, the team includes Elizabeth Prelogar from the Office of the Solicitor General; Aaron Zelinsky, who arrives from the U.S. Attorney’s Office in the District of Maryland; and Andrew D. Goldstein, who headed the public corruption unit in the Southern District of New York under former U.S. attorney Preet Bharara, whom Trump fired in March.

Rounding out Mueller’s group of lawyers are several other U.S. Department of Justice hires: Brandon Van Grack, an attorney with the department’s national security division; Rush Atkinson, from the criminal division’s fraud section; and Adam Jed, an appellate attorney from the DOJ’s civil division.

Mueller’s prosecutor picks haven’t been without controversy. Critics of the investigation have pointed to prosecutors’ political donations as a sign of bias against the Trump administration.

Seven of the team members, including Rhee, Weissmann and Goldstein, have given a total of $53,000 in combined donations to Democratic political campaigns. According to the Washington Post, the most substantial contributions came from Quarles, who donated more than $30,000 to various Democratic campaigns over 20 years — though the Post noted he also donated to Republicans, including Rep. Jason Chaffetz and former Sen. George Allen.

Such donations have come under attack by Trump proponents. Attorney General Jeff Sessions said in a Fox and Friends appearance that Mueller should “look for people who have strength and credibility by all people.”

Ethics experts say the political donations are not a cause for concern.

“There’s a bipartisan consensus that the various, wild conflicts allegations that have been made by Trump and his allies are groundless,” Norm Eisen, who served as the ethics czar to former President Barack Obama, told the Post. “It just is not the case that lawyers or investigators are disqualified by political activity of this kind.”

Proponents of Mueller’s hires also point to Justice Department rules that specifically prohibit discrimination based on political affiliation — a rule that Mueller, who was a registered Republican as of 2001, would be required to follow for any potential hires.