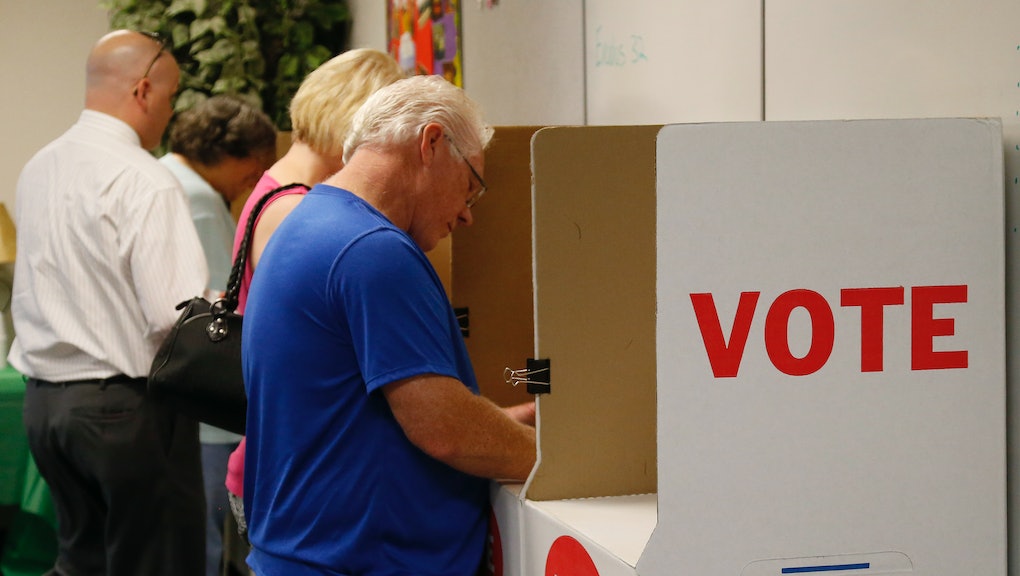 On Tuesday all eyes were fixed on the unfolding drama in Washington and New York after the president’s son released a series of emails appearing to show blatant attempts at collusion between the Trump campaign and Russia.

But as national media focused on the scandal, Democrats and progressives in Oklahoma were busy flipping two deep-red state legislative seats.

According to the Democratic organizing group Flippable, Republicans took those two seats by 10 and 19 points in the 2016 general election.

Democrats have been soul-searching ever since they failed to win any of the four special congressional elections to replace Trump cabinet members earlier this year.

But their luck further down the ballot has been much better. In May, Democratic union activist and school teacher Christine Pellegrino flipped a strong Republican New York State Assembly district where just six months earlier, Trump had captured 60% of the presidential vote.

The next big test of Democrats’ electoral strength in the Trump era will be the 2017 statewide elections in Virginia and New Jersey in November.