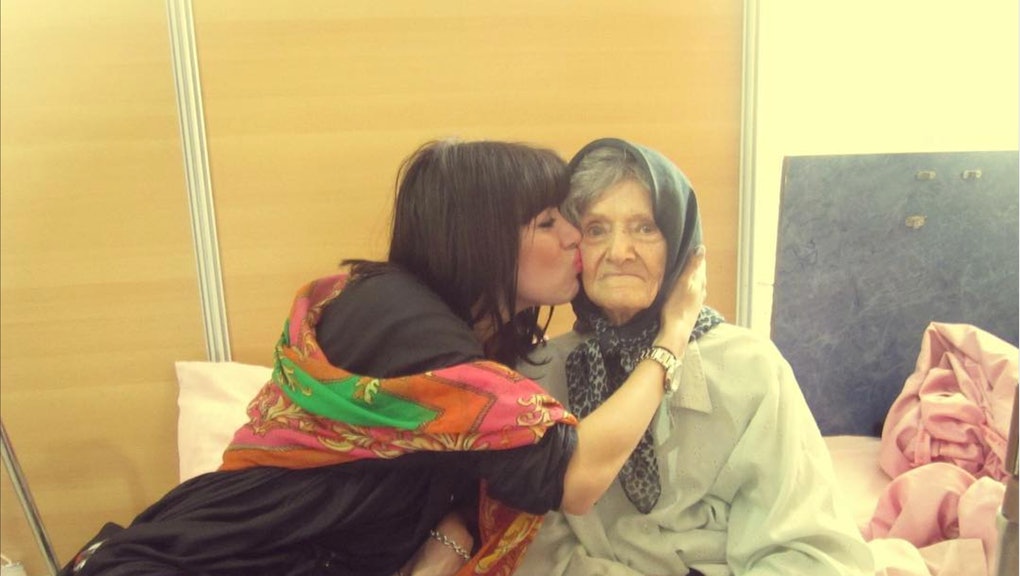 In June, the Supreme Court temporarily reinstated part of President Donald Trump’s executive order travel ban. The decision allows for limited enforcement of the ban on people from six Muslim-majority countries who want to enter the United States — including numerous snack-toting, kiss-giving grandmothers.

Enter the Banned Grandmas Instagram page. The account began when Iranian-American Holly Dagres, 31, tweeted a picture kissing her grandmother with the hashtag #GrandparentsNotTerrorists. The hashtag started trending, and to capitalize on the popularity, Dagres and a friend curated an Instagram account of other grandmothers from the six countries affected by the travel ban.

According to Global Citizen, Dagres said that the account exists to bring awareness to the consequences of the travel ban. Specifically, she is referring to the section in the ban that prohibits anyone without “a bona fide relationship with a person or entity in the United States.” Under this rule, grandparents, grandchildren, aunts, uncles and cousins are not considered eligible familial relationships.

“The travel ban is absurd and unjustified on so many levels,” Dagres told the Guardian. “This concept of ‘bona fide relationship’ is bogus.”

The account’s followers seem to agree. Since the account began on June 30, it’s gained over 1,000 followers as the hashtag #GrandparentsNotTerrorists has spread across Instagram.

The travel ban, officially called Executive Order Protecting The Nation From Foreign Terrorist Entry Into The United States, vows to “protect the nation from terrorist activities by foreign nationals admitted to the United States.” Dagres states that these grandmothers are guilty of nothing but, as one post reads, believing “each meal must be accompanied by sherry and a cigarette.”

“I think it’s the grandmas that symbolize the nucleus of the family,” Dagres said in an interview with Vogue. “The only thing grandmothers are really guilty of is giving too many hugs and kisses and feeding you too much. When has a senior citizen ever committed an act of terror?”

The Supreme Court will officially review the legality of the travel ban this October. But for now, the ban continues to affect Iran, Libya, Somalia, Sudan, Syria and Yemen.