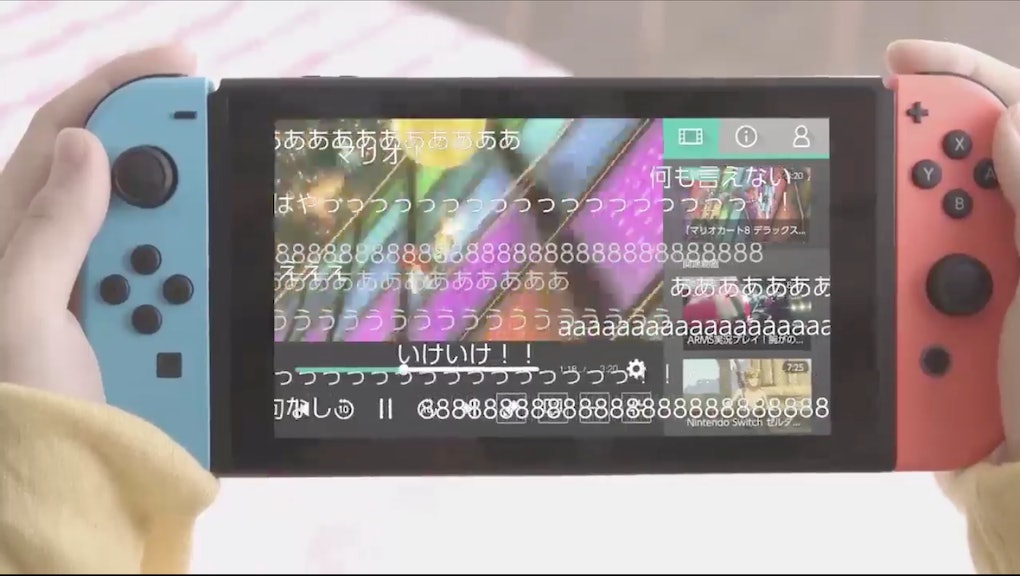 The Nintendo Switch is a capable little console. It lets you play masterpieces like Zelda and argument-starters like Mario Kart 8 on your TV or in your hands. But don’t expect it to run tablet-friendly apps. While the Switch is essentially a tablet with controllers attached to the sides, it won’t let you stream video from Netflix or browse the web (not easily, anyway).

It isn’t quite Netflix or Youtube, but NicoNico is coming to the Switch. On July 13, Switch owners will be able to browse and watch videos from the Japanese site right on their device. It’s a good start, if nothing else.

The NicoNico teaser shows that videos can be viewed in portable or docked mode. Presumably the same could happen for other video apps that come to the convertible console.

More Nintendo Switch apps incoming: What else could hit the gaming console?

There’s no indication as of yet, but NicoNico could open the floodgates for other apps on the Nintendo Switch. Nintendo is no stranger to putting apps like Netflix on their game consoles, even if they were hesitant to do so back in the early days of the Wii. (Originally, you had to use a Netflix disc — it was only available by mail and it was a huge pain.)

The release of the NicoNico app could bring not just video apps to the Switch, but other apps in general. With the Switch being not that much different from your average tablet, other software that makes use of the device’s touchscreen could come along (hopefully).

The other big question mark surrounding apps on the Nintendo Switch is the timeline. E3 has come and gone, and there was no further information given as to when Nintendo would expand their software library to include new apps. Perhaps we’ll see some in time for the holidays.

Nintendo’s history with apps like Netflix is messy, but if the app and others can show up on the tiny, 400x240-pixel 3DS, anything is possible.