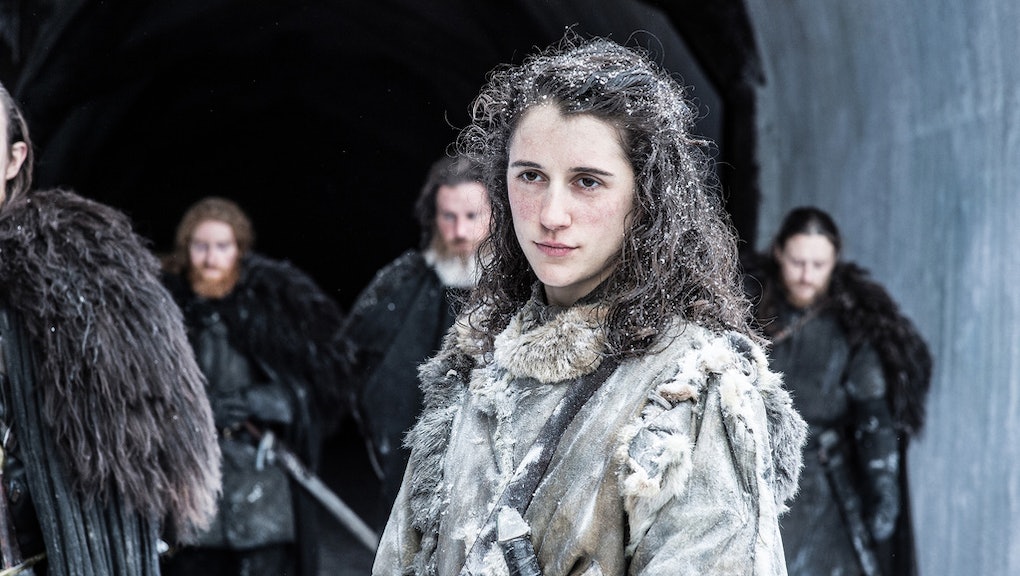 ‘Game of Thrones’: The biggest takeaways from the season 7 premiere photos

The penultimate season of Game of Thrones is set to drop Sunday, and HBO is teasing fans ahead of the premiere with new photos from the set. HBO released eight stills in total — a veritable gift to the series’ dedicated followers who have been waiting patiently for the show’s long-anticipated return — and each one reveals a few morsels of information on the upcoming season.

The close of season six left the Game of Thrones world in turmoil. Jon Snow defeated Ramsay Bolton at the Battle of the Bastards with the help of Sansa Stark. Cersei Lannister took the Iron Throne after murdering Queen Margaery, the High Sparrow and droves of innocent people in a massive wildfire explosion at the Great Sept of Baelor. Daenerys Targaryen sailed towards Westeros with her many armies. Bran Stark fled into the icy wilderness after White Walkers attacked and killed the Three-Eyed Raven and Hodor.

The pieces of the chess board have been slowly moved into place and the Seven Kingdoms are now on the precipice of all-out war, the likes of which have not been seen since the Targaryens last laid siege decades ago. Who will fight in this battle and who will emerge victorious? Where are Bran and Gendry? What is the Night’s Watch up to? There’s still a lot of unanswered questions heading into the season seven premiere, but these photos provide a window into a few possible answers.

Meera Reed has been protecting Bran Stark since they first met. We last saw her towing Bran away from the cave of the deceased Three-Eyed Raven as Hodor held back the wights who sought to kill him. They escaped into the woods only to be saved by Bran’s long-lost uncle Benjen Stark, who had been transformed into some sort of White Walker-human hybrid.

It was unclear how Bran and Meera would fare from there, but based on the photo it looks like they made it to the Wall alive and well. Of course, Meera could be alone and Bran could still be clinging to the weirwood tree and witnessing past events, but given Meera’s wry smile, that seems unlikely.

Brienne of Tarth and Podrick Payne

After the death of Catelyn Stark at the Red Wedding, Brienne set out to fulfill her duty of protecting the remaining Stark children. She let Arya slip through her fingers, but saved Sansa from Ramsay Bolton’s soldiers and has been watching over her ever since. It appears Brienne and Podrick are at Winterfell, honing their swordplay skills after the Battle of the Bastards. It’s almost certain Sansa is still there with her, but since she’s not shown in the photo we can’t say for sure.

This photo appears to show a large map within the castle walls at King’s Landing. It’s unclear who is featured in this still, but it looks like he’s adding new portions or examining the existing map. Is there a hidden message here about Cersei’s battle plans?

Lyanna Mormont was instrumental in convincing the other lords to join forces with Jon Snow for the Battle of the Bastards. Granted, the young leader doesn’t have many soldiers under her banner, but what she lacks in manpower she more than makes up for with sheer grit. It’s difficult to tell the location based on the photo, but Lyanna is probably at Winterfell delivering another epic speech to her peers.

Daenerys was last seen sailing across the poison water with her armies, destined for Westeros to reclaim the crown that rightfully belongs to her. This still shows Daenerys at her ancestral home of Dragonstone, staring at the dilapidated throne those who ruled before her. Is this just a pitstop on her journey, or is there a greater purpose for the visit?

At the close of season six, Cersei Lannister ascended the steps to the Iron Throne wearing this same dress. She’s clearly still at King’s Landing, but is her attire meant to hint at something more? Does it represent her continued reign? Keep an eye on Cersei’s garb throughout the season for potential hidden clues.

This close-up shot of Daenerys and Greyworm puts them near the ocean, and given the previous still of the Queen of Dragons in the throne room at Dragonstone, she’s likely at the same location.

Eddison Tollet and Tormund Giantsbane were last seen with Jon Snow outside Winterfell before the Battle of the Bastards, but this shot looks like it was taken at the Wall’s outer gate. It would make sense for Tollet to return, given he’s the new Lord Commander, but could Tormund be doing there?