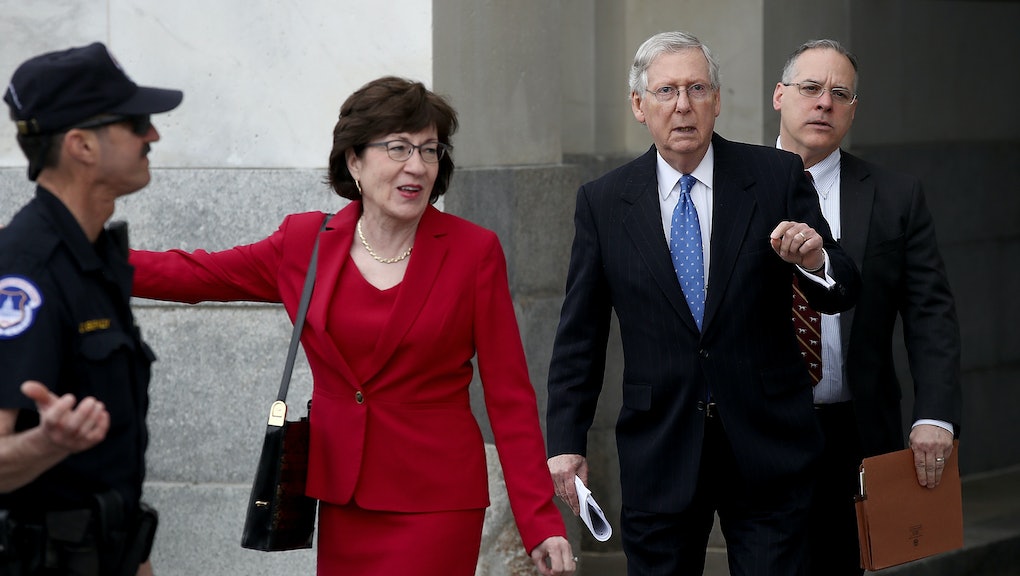 Senate Republicans released the revised version of the Better Care Reconciliation Act on Thursday, drawing the ire of Democrats who say the plan is “atrocious” and the ambivalence of Republicans whose uncertain support could doom the bill.

Democrats blasted the new BCRA as being too similar to the original version, which the Congressional Budget Office estimated would kick 22 million Americans off their health coverage.

“Senate Republicans spent the past two weeks putting lipstick on a pig,” Feinstein said in a statement. “Democrats will do all we can to ensure the American people understand this bad bill is no better than the previous bad bills.”

Senate Republicans wouldn’t need to worry about getting any Democratic support on their bill — but they appear to remain divided on the BCRA, and it’s not clear if the plan will even make it to the Senate floor for debate, let alone garner the 50 votes it’ll need to pass.

Maine Sen. Susan Collins and Kentucky Sen. Rand Paul each indicated that they would not allow the bill to be debated on the Senate floor — but for very different reasons.

Other skeptical Republicans have been non-committal on the bill, which Senate Majority Leader Mitch McConnell hopes to vote on next week.

If one more Republican joins Collins and Paul, that’ll block the bill — and deal a tough blow to Republicans who have long sought to repeal and replace former President Barack Obama’s signature health law and to President Donald Trump, who said he will be “very angry” if the GOP can’t pass its own health care reform.

The first sign the revised BCRA was in trouble came early.

McConnell’s plan hadn’t even been released to the public Thursday when two of his Republican Senate colleagues — Lindsey Graham of South Carolina and Bill Cassidy of Louisiana — unveiled an alternative plan they’d been working on with former Pennsylvania Sen. Rick Santorum.

That plan — which Graham and Cassidy insisted was not “undercutting” McConnell’s bill — would essentially block-grant health care spending and give it to the states to determine how to proceed. In essence, individual states could decide if they wanted to continue with the Obamacare model or not.

The revised plan unveiled Thursday by McConnell now faces an uncertain future. After releasing the bill, he said that “doing nothing is not an option.”

Vice President Mike Pence commended McConnell and other Senate Republican leaders for the “progress” they made on the bill.

A CBO score on the revised BCRA is expected early next week.