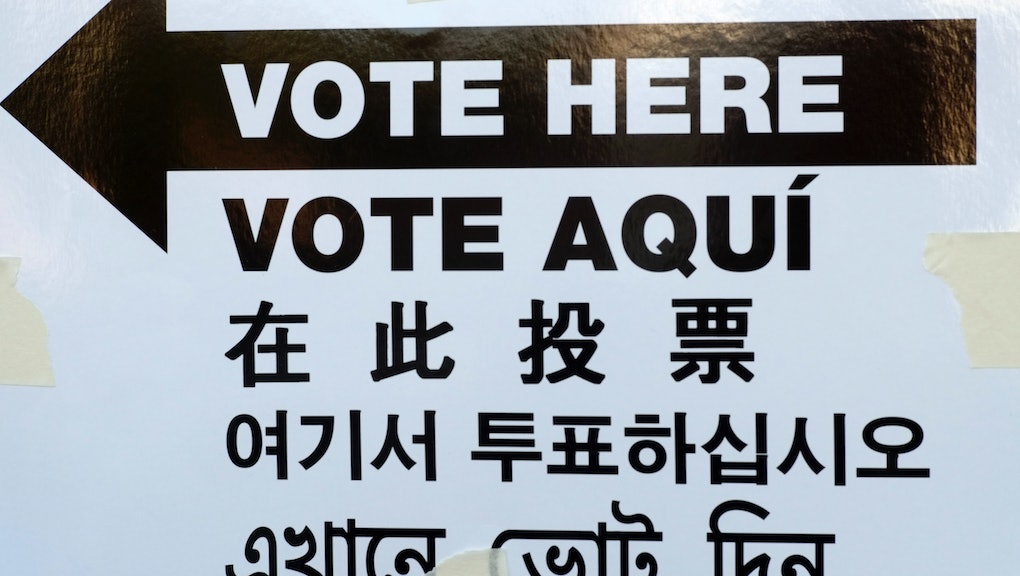 “Pray there is no hell”: Critics are savaging Trump’s voter fraud panel via email

When President Donald Trump’s “voter fraud panel” holds its first meeting on July 19, members of the public won’t be able to speak. Instead, the Presidential Commission on Election Integrity, which has enraged and frightened plenty of Americans by requesting detailed data on every registered voter in the country, offered to take comments via email.

As of Thursday afternoon, 112 pages of responses were available on the White House website — and if the feds set up a swear jar, the U.S. just might be on its way to paying off that national debt.

Descriptions of the controversial panel and its aims included “pea brained,” “undemocratic,” “stupid” and “unpatriotic.”

And that was the clean stuff.

The panel is supposed to study vulnerabilities in the election system, along with concerns about fraud and suppression. Critics fear a giant database could be hacked — and that the panel’s findings could be weaponized to keep people from voting.

While some notes cheered the commission, led by Vice President Mike Pence and Kansas Secretary of State Kris Kobach, the majority of the responses were so harsh they probably should have come with a vial of antivenom — or at least a box of tissues.

“You are all about voter suppression to rig elections. You are evil. Pray there is no hell,” said a relatively mild June 29 missive submitted under the header, “you are not about voting integrity.”

Another disgusted but linguistically reserved writer trashed the commission as a “sham” meant to “disenfranchise minority voters” in a shameful waste of taxpayer dollars.

Letter after letter railed against the specter of a panel designed to boot people of color from the voter lists.

At least one writer suggested that the panel add voters’ race to the data request: “Then you can delete all minority voters who are not registered Republican or White Power Party. I think that is what Mr. Kobach would want,” said the self-described “concerned citizen.”

“America the Beautiful doesn’t need you or your ilk,” the writer concluded.

Others opted for maximum sarcasm, including one whose email opened with the salutation, “Dear Glorious Overlords.”

More than one writer clearly felt the government itself could use a civics lesson, including the “citizen and voter” who asked Kobach, “Does the term ‘secret ballot’ mean anything to you?” and signed off with, “P.S. My state told you to take a hike.”

There were technical critiques of the viability of fighting fraud by creating a centralized database cobbled together from multistate records, including one from a writer who claimed 35 years of experience in the IT sector:

A Utah software engineer warned that as a matter of computer security, “this is a really bad idea,” demanded to be removed from any data sets collected and threw in a few highly unflattering observations about Trump and the panelists themselves:

Others went for the heart, sending appeals to the better angels of the panelists’ natures:

Plenty of others decided the best way to get their point across was to work blue.

One writer, CB, sandwiched two obscenities into a one-line email, with another in the subject line for good measure:

Even that didn’t go far enough for some enraged contributors who felt the need to spell out their assessment of the integrity panel in no uncertain terms:

Another genre of letter promised political retribution if the voter data actually ended up in the panel’s possession.

One New Yorker inquired of Kobach, “How friggin’ stupid do you think people in this country are?” and vowed that if his own secretary of state saw fit to hand over voter data, “I will work very hard to get her removed from her office before she gives a Nigerian prince my state’s treasury.”

There were definitely a few wiseacres in the pile, including one whose email simply read, “Hi, I voted in all 50 states. Just wanted you to know,” and signed it, “Love, Beau in Oklahoma.” Another asked, “Is this where we file complaints about the guy who lost the election [but] still became president?”

“Beefed up the security on this email address yet?” deadpanned one note.

Multiple commenters urged the panel to dig into whether Russian agents had meddled with the vote, and many others suggested Trump release his own tax returns before putting out a call for voters’ personal data.

Naturally, some urged the panel to press on, including one from Alaska who railed against corruption in Juneau that might be somehow tied to misconduct in the maintenance of voter records.

A self-described registered Republican and Trump supporter from Rapid City, South Dakota, expressed dismay that his state wouldn’t provide the commission with the data, writing there is “ample evidence to suggest that voting fraud occurred in the November 2016 election and in fact occurs in every election. The real question is to what extent it occurs and what principalities and powers are behind the voting fraud.”

One writer even offered to lend Pence a hand with the panel’s work:

And a Georgia voter implored the commission to look into her state’s election system weaknesses, fretting that there aren’t enough safeguards against voting machine tampering.

Still, at least in the beginning, invective seemed to outweigh encouragement in commenters’ responses to the panel.

Given that there are more than 214 million registered voters in the U.S., a hundred or so pages of public comment can’t quite be taken as a national condemnation of the election integrity panel.

But those who did take the time to share their views did it with passion — and some, just to be really sure their voices were heard, did it twice:

Spokespeople for Kobach and Pence did not immediately respond to Mic emails asking for comment on the panel.

The commission meeting will be livestreamed on WhiteHouse.gov.