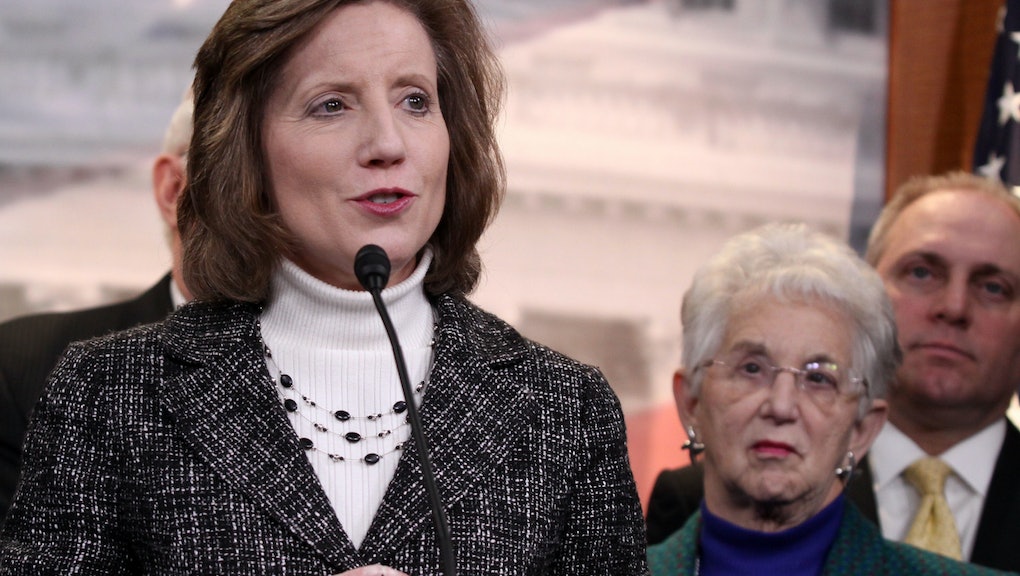 In a tight vote Thursday, the House shot down a bill that would have eliminated government funding for gender affirmation surgery and hormone therapy for transgender troops.

Proposed by Rep. Vicky Hartzler (R-Mo.), the legislation would have prohibited the Department of Defense’s funds from backing any medical treatment related to gender affirmation for transgender members of the military. Hartzler said the measure would ensure the military’s tax-funded budget is spent solely on defense purposes.

“With the challenges we are facing across the globe, we are asking the American people to invest their hard-earned money in national defense,” Hartzler said in a statement, according to ABC News. “Each dollar needs to be spent to address threats facing us.”

“For example, under the Hartzler amendment, hormone treatment is banned only if the patient is transgender,” Flynn said. “Cisgender service members could take hormones for birth control, to treat a gynecological condition or other conditions requiring hormone replacement therapy; but it is uniquely banned for transgender people.”

Many Democrats condemned the bill, labeling it “truly ugly” and “mean-spirited.”

After Rep. Joe Kennedy III (D-Mass.) pointed out the “bigotry” of the measure, Democrats gained support from 24 Republican representatives, resulting in a 214-209 vote against the bill.

Transgender troops in the U.S. military

Transgender troops were unable to serve openly in the military until June 2016, and could not receive medical care or formally change their gender identity through the Pentagon until October 2016.

A report by Rand Corporation estimated that as many as 6,600 transgender troops were actively serving by August, and a maximum of 140 sought gender affirmation-related treatments. This would add between $2.4 million and $8.4 million to the Department of Defense’s $6 billion health care budget, the report said.

When promoting her bill, Hartzler said there is a “lack of medical consensus on the effectiveness of gender transition treatments,” Time reported. However, the American Medical Association has long supported the validity of such treatments, deeming them a “medical necessity” for those diagnosed with gender dysphoria.

LGBTQ advocacy groups such as GLAAD have celebrated the defeat of Hartzler’s bill, describing it as “discriminatory” and “anti-trans.”