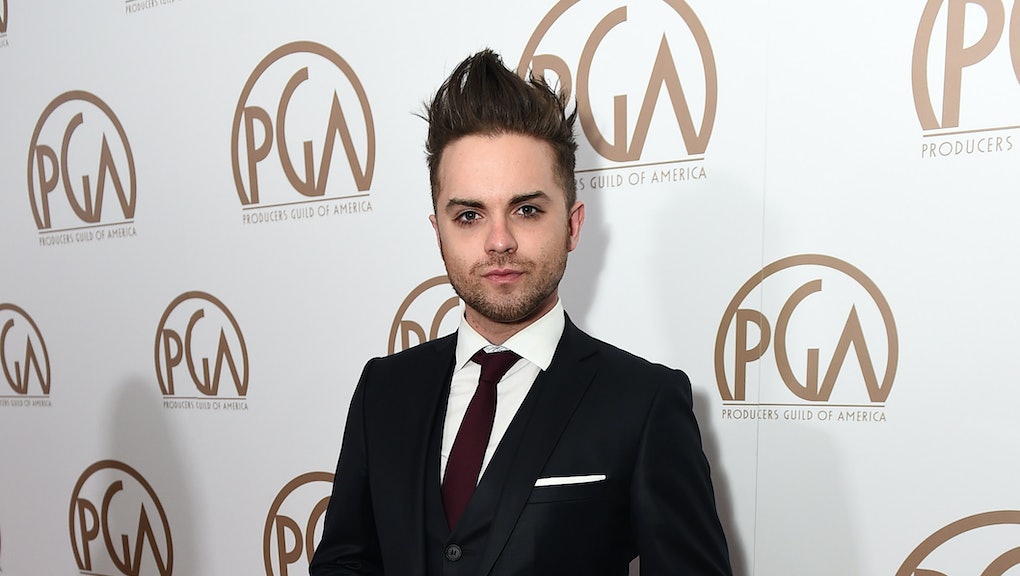 Speculation about an actor’s sexuality isn’t truly dead until they make a definitive statement one way or the other. Think of George Clooney, one of the world’s most famous stars, who was dogged by gay rumors until he married Amal Alamuddin. The trend continued this week, when a decade-old dance over a Heroes actor’s sexuality took center stage at Los Angeles’ Outfest.

At the LGBTQ film festival, American Gods showrunner Bryan Fuller accepted the Outfest Achievement Award in a speech about what he termed “hetwashing” — namely, the changing of characters from queer to straight.

“I had a brief stint on Heroes where the gay character was ‘hetwashed’ after the actor’s management threatened to pull him from the show if he — the character, not the actor — were gay,” Fuller said in his speech. “The character became straight and the actor came out as gay.”

Most quickly connected the dots to Thomas Dekker, a first-season recurring player whose shy artist character, Zach, was set to be gay but departed the show quickly. In mentioning Dekker indirectly, Fuller accidentally set off a reaction that almost says more about the way we talk about actors’ sexuality than it does about Dekker or Fuller themselves.

In an Instagram essay, Dekker accused Fuller of outing him in the speech, but then thanks him for the “prime opportunity for me to publicly say that I am indeed a man who proudly loves other men.” He got married in April.

Dekker is now identifying as gay, but admits he’s previously talked to the press about the “fluidity” of his sexuality. He’s referring to a 2011 Out magazine interview, published ahead of his portrayal of Lance Loud, the first gay reality TV star, in the HBO movie Cinema Verite. In that profile, Dekker claimed he’d “only really had relationships with women,” yet indicated a willingness to date men.

In the essay, Dekker nodded at his process of coming to terms with who he is.

This is a common thread about relatively young celebrities coming out: a desire to go through a personal process and come out on their own terms. Coincidentally or not, this tends to happen when the star is in a long-term relationship, married or engaged. Arrow and Teen Wolf alumnus Colton Haynes came out not long before his engagement. Diver Tom Daley was already dating his now-husband Dustin Lance Black when he came out in 2013. Kyle XY himself, Matt Dallas, announced he was gay and engaged simultaneously in 2013. Dekker coming out three months after his wedding follows this pattern.

The gay male stars who are young and single tend to be the ones who have been out from the outset — think singer Sam Smith and The Real O’Neals star Noah Galvin. Everyone’s approach to coming out is different, of course, but it’s worth noting that when Dekker talks about taking “time to cultivate, discover and conclude,” that involves a long-term relationship.

There’s another layer to all of this, though: Dekker and Fuller’s fight about what happened on the Heroes set. In a now-deleted 2007 MySpace post (because that’s how old this drama is, it started on MySpace), Dekker responded to Fuller’s claim that Zach was supposed to come out, but that the actor’s management pulled him from the show out of fear he’d be playing a gay character.

Dekker noted that he’d played gay characters several times before — and he went on to do so again in Cinema Verite. He claims he was thrown off when he suddenly learned Zach, a character he understood to be straight from the outset of filming, was suddenly a gay character.

“The character that I created in the beginning of the show, a process I take very seriously, was based on Zach being an outcast who had a burning love for Claire, a crush that drew him to her and effected every ounce of his self esteem around her,” he wrote at the time. He’s since reiterated this explanation in the Out interview, but noted that it was apparently always the intention to make Zach gay — he just wasn’t aware of it.

Dekker received a good bit of hate mail over the treatment of the Zach character; Fuller bringing it up 10 years later will likely only restart some fires long laid dormant. But it’s clearly a bugaboo for the openly gay Fuller, who is now free to include literal fire orgasms in gay sex scenes on his shows without issue.

In a macro sense, here’s what’s happening: Fuller, a gay creator who puts queer themes in his work, is still upset about “hetwashing” he believes happened 10 years ago. Dekker continues to insist Fuller’s version of events is incorrect, and is understandably annoyed his moment to come out was taken away from him. That moment, of course, is only happening months after the actor married his husband.

This is, in many ways, a common kind of battle in LGBTQ spaces. There are wildly differing opinions on why and how stars should come out — Dekker himself acknowledges this in his statement — and they tend to result in bitter battles. Think of Galvin and Haynes, who got into it online when Galvin called Haynes’ coming out “fucking pussy bullshit” in a controversial Vulture interview. (Galvin later apologized for the interview.)

Because of the exaggerated timeline on this particular battle, it’s gotten messier than most. Fuller likely didn’t know Dekker hadn’t publicly come out when he said so in his Outfest speech. Meanwhile, considering the years of speculation (not to mention his marriage), it’s difficult to swallow the idea that Dekker was “robbed” of his chance to come out.

In the end, Dekker is now officially out, Fuller will likely remain annoyed at how the Heroes situation went down, and all involved parties will move on with their lives and projects. But as more stars come out, it’s interesting to note the patterns that emerge. Out and proud LGBTQ Hollywood is still a relatively new frontier; it’s natural to expect some messy bumps along the way.