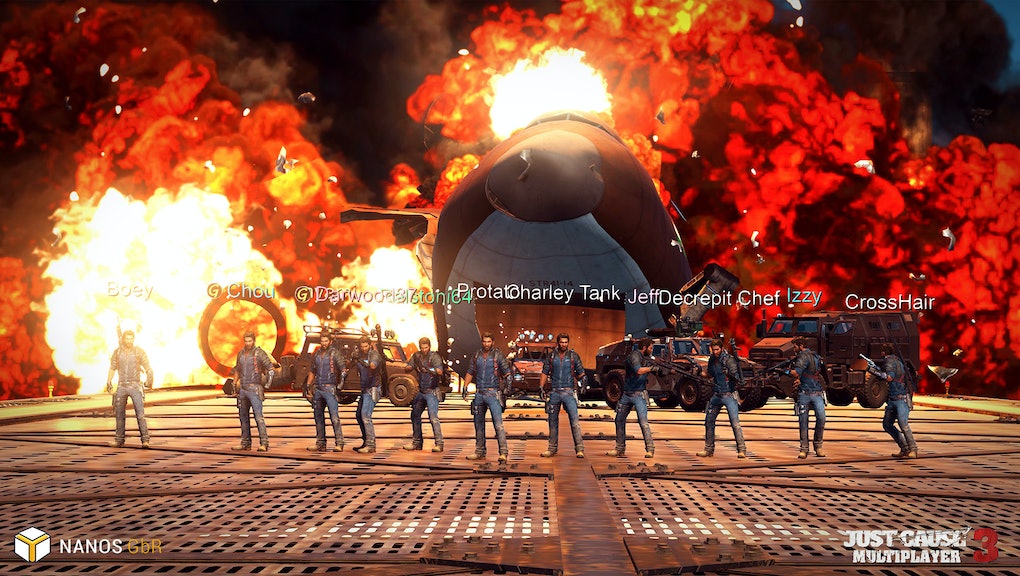 ‘Just Cause 3’ Multiplayer Mod: Version 1.0 will launch on Steam this month

The Just Cause 3 multiplayer mod will launch in July on Steam. In an incredible feat of dedication, Nanos GbR, a group of international coders from the U.K., Germany and Austria, have brought a full multiplayer experience to a game that was designed to be single-player only.

Early builds of the Just Cause 3 multiplayer mod have been available for some time now, but the release on Steam will mark the mod coming out of beta for a full version. Nanos GbR doesn’t just intend for the Just Cause 3 mod to end at simple multiplayer functionality. Instead, it hopes for the mod to be a platform for player-created modes that will add even more functionality and replay value to the game.

Unfortunately, the 1.0 version of the Just Cause 3 multiplayer mod isn’t launching without its share of issues. Tethering isn’t working, so players can’t use their grappling hook to connect two objects together. Destruction isn’t synchronized either, so if you leave a server and return, all destroyed structures will respawn. For now, too, there isn’t any avatar customization, so every player on a server will use the base model of Rico.

A lot of the above issues will be fixed as soon as the next patch for the mod comes out, but one that likely won’t is AI-controlled NPCs functioning in-game. Due to the way the mod is set up, Nanos GbR said that it isn’t likely there’ll ever be NPCs in the multiplayer mod. However, that didn’t stop players from having a blast in the Just Cause 2 multiplayer mod (developed by a different team), so it’s likely not a big deal.

If you own a copy of Just Cause 3 on Steam, you can download the multiplayer mod starting July 20.