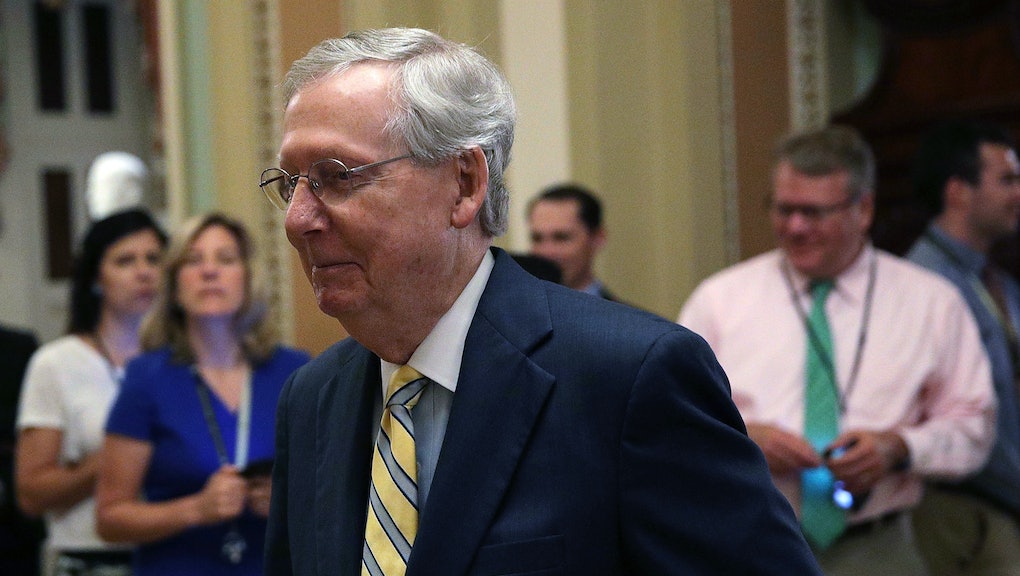 Senate Republicans may hold a vote on their health care bill next week before the Congressional Budget Office has a chance to score the full bill, according to multiple reports.

Rumors first reported by Independent Journal Review and further confirmed by Politico suggest that Republicans may try and score the so-called “Cruz-amendment” — a portion of the new bill that effectively ends pre-existing condition coverage first proposed by Senator Ted Cruz — separate from the rest of the bill.

But McConnell wants to move ahead with a vote on the full bill next week.

The law requires that the budgetary effects of the bill be analyzed before the Senate can vote on the bill. So Senate Republican leadership has floated the idea to have the Cruz amendment be analyzed by an agency within the Department of Health and Human services instead.

If they were to follow through with that plan, it would be a big deal. The CBO is a non-partisan agency, while the HHS is led by a political appointee, Secretary Tom Price, and is not held to the same rigorous non-partisan standards.

If Republicans go ahead with their plan, it would change the precedent for how budgetary legislation is evaluated before being considered for passage.