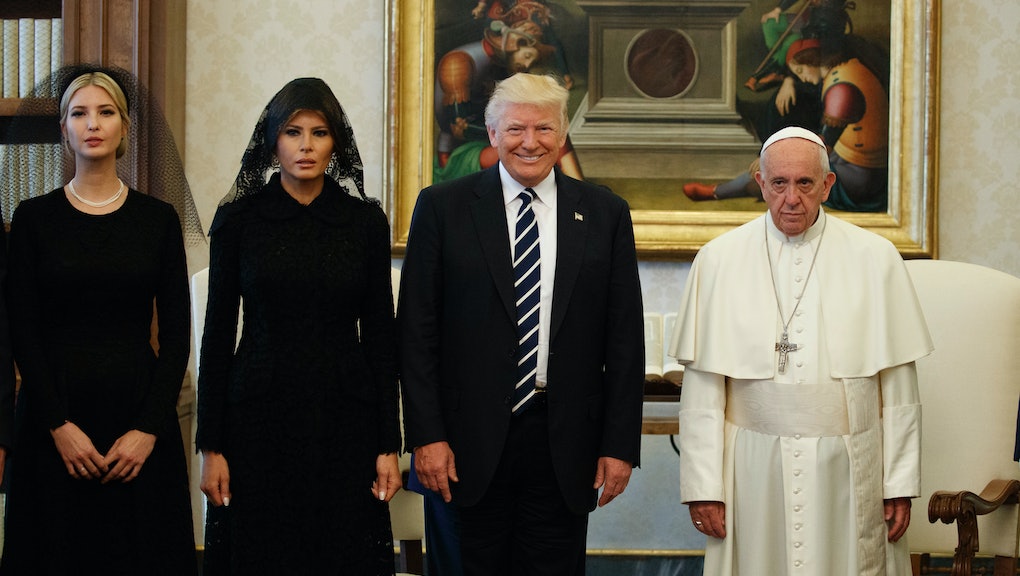 Antonio Spadaro and Marcelo Figueroa — two close allies and confidants of Pope Francis — in an article this week blasted religious supporters of President Donald Trump, whose administration is trying to impose a “xenophobic and Islamophobic vision that wants walls and purifying deportations,” they said.

The article — which appeared in the Catholic journal La Civiltà Cattolica — accuses Catholic and Evangelical Trump-backers of attempting to force “fundamentalist” religious ideas on the United States and of demonizing groups they perceive as enemies.

“The panorama of threats to their understanding of the American way of life have included modernist spirits, the black civil rights movement, the hippy movement, communism, feminist movements and so on,” the authors wrote. “And now in our day there are the migrants and the Muslims.”

Pope Francis has been a frequent critic of Trump, particularly regarding the president’s policies and rhetoric about immigrants and refugees.

In February 2016, while Trump was on the campaign trail, he suggested the then-Republican candidate was “not Christian” because of his talk about building a “big, beautiful, powerful wall.”

“A person who thinks only about building walls, wherever they may be, and not of building bridges, is not Christian,” Pope Francis told reporters. “This is not the gospel.”

Pope Francis also appeared to criticize Trump’s travel ban, tweeting in February that the “other is my brother, beyond every barrier of nationality, social extraction or religion.”

Trump, never one to let a criticism go unaddressed, has returned the pope’s call-outs, describing the pontiff as “very political.”

“What did the pope say?” Trump said at a 2016 campaign rally, responding to the pontiff’s assessment of him as “not Christian.”

The two met face-to-face at the Vatican during Trump’s first trip abroad as president in May. Their 29-minute discussion — held away from reporters — apparently began on a “somber note” and concluded with Francis presenting the president with a signed-copy of his climate encyclical.

In their article, Spadaro and Figueroa said that Pope Francis is “carrying forward a systematic counter-narration with respect to the narrative of fear.”

“There is a need to fight against the manipulation of this season of anxiety and insecurity,” Spadaro and Figueroa said.