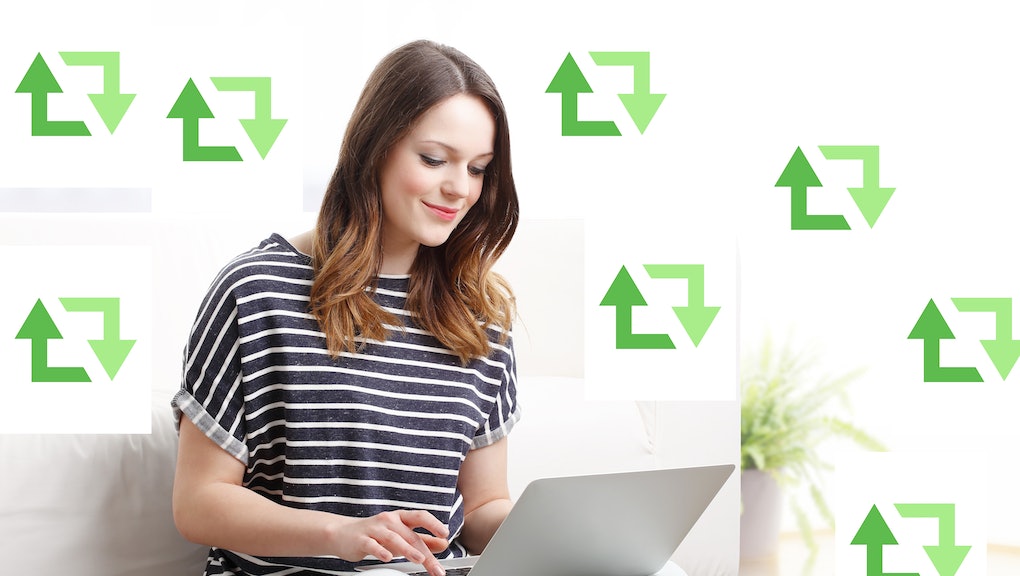 In praise of retweeting yourself

Over the past four months, I’ve developed a nagging habit online that I can’t seem to shake: I’m retweeting myself. Several times a day.

Usually the retweets are photos, questions and links to stories I’ve written. Twitter recently revamped its iOS app, making it harder to navigate to your personal timeline — yet there I find myself, retweeting my own tweets like I’m kissing my reflection in a pond.

I used to feel embarrassed by my self-serving behavior. When Twitter initially introduced the ability to retweet your own tweets in June 2016, I laughed. Isn’t a self-retweet just a humblebrag on steroids? Who could be narcissistic enough to do it?

I could, it turns out. And I’m not alone. People are beginning to see the self-retweet as a necessary tool to get their voices heard and cut through the noise.

So I’m embracing it, and I encourage you to get on board. Here’s why you should cast off any lingering shame and embrace retweeting yourself.

One of the biggest problems with Twitter is that it’s hard for new users to understand. Part of this is undoubtedly due to the fact that it’s one of the few remaining social media apps that has eschewed a fully algorithmic timeline. (Twitter’s algorithm is more subtle, and users can opt out — here’s how.)

The near-chronological feed is what makes Twitter so valuable as a real-time news source, but it’s also what can be so challenging when you want to get your own message out.

There’s a trope among media Twitter: People will tweet out their stories multiple times during the day “for the morning crowd” or “for the evening crowd.” But repeating this phrase again and again gets repetitive; you can’t do it every day, we fear, or your followers may stop paying attention.

Retweeting yourself frequently is a casual way to slip your content back into people’s timelines without being too obtrusive. Brands have known this for a long time. Throughout my career as a social media strategist, I managed Twitter accounts for several major news outlets; I can tell you that none of them would think of tweeting a link out only once.

Niv Dror, who oversees social media for Product Hunt, says that self-retweeting is key to maintaining Product Hunt’s strong engagement rate on Twitter. “There is definitely a subtlety to it,” Dror said. Product Hunt retweets itself regularly because “it’s a good workaround to Twitter’s chronological timeline.”

Retweeting yourself also consolidates engagement around specific tweets. Sure, you could tweet the same thing out 10 times throughout the week, but then each tweet would have a separate thread of @-replies, likes and its own retweets.

Consolidating engagement around one tweet by continually retweeting it makes it easier for people to chime in on and thread and boosts the chance that it will make it into the platform’s “While you were away” section, thereby furthering the tweet’s reach.

The timestamp on a retweet can say it all

Sometimes you’re not looking to get in front of a mass audience but still want to highlight a particularly prescient tweet you had months ago. Again, a self-retweet is the only way to accomplish this.

Old tweets are sometimes like fortune cookies. There’s nothing more validating than retweeting a past prediction that has come to fruition or a newly relevant quip you made in 2012.

When I posed this question on Facebook recently, friends said that surfacing their old content to make it more timely was one of the primary reasons they self-retweet.

“I do it if/when an old tweet becomes emotionally relevant in present,” said Alexis Avedisian, a media and communications manager in New York.

“[It’s] not something I usually do, but it’s often good to help get a point across if something you tweeted happens to be uncannily predictive,” another friend commented.

Deborah, a public health professional based in Washington, who retweets her own tweets regularly, said she likes to do it to show when a past tweet “shows nothing has changed,” especially in relation to politics. These kind of self-retweets are a way of saying “here we are again” by letting the tweet’s timestamp speak for itself.

“When there’s yet another mass shooting, or another health care bill that would worsen health care, I find myself having the same reaction,” Roseman said. “So, I often go back to the tweet in which I expressed that reaction, and retweet it — especially if it was a tweet that seemed to resonate with people the first time around.”

How to retweet yourself without losing followers

But despite its benefits, there is still a stigma around retweeting your own content, and if you don’t abide by certain broad principles, you may end up losing followers.

The first thing people seem to agree on is that it’s never OK to retweet your own jokes. “It is really cringe-y when people frequently self-retweet dumb jokes they made and obviously thought were very funny,” Vanity Fair journalist Maya Kosoff said.

Repromoting something you’re proud of or something newsworthy makes sense, but there’s something about trying to make a bad joke happen by continually self-retweeting it that ends up feeling invasive and annoying. Do not do this.

It’s also important not to retweet yourself too much. Pay attention to your followers and try to get a sense of how many people they follow. If most of your followers are following thousands of accounts, you can probably retweet more frequently. If most only follow a handful of other users, self-retweeting too much can clog their feed; it’ll probably be redundant anyway.

Finally, do not self-retweet every tweet in your own tweetstorm. Tweetstorms are indulgent enough — you do not need to compound this by self-retweeting. If you’re really desperate for a bump, you can easily add a new tweet to the end of the thread and your work will be re-upped. But proceed with caution.

The art of the retweet-and-delete

Despite 40% of the 300 people who responded to my poll saying that retweeting yourself is totally fine, many self-retweeters still feel lingering shame.

A good way to soften the embarrassment that can follow too many self-retweets is to undo the retweet after a few minutes or only leave it up for a short time. This keeps your timeline from looking less desperate, and let’s face it, if you’re going to retweet the tweet again, you’re going to have to unretweet it at some point.

“I have felt shame when I have self-retweeted, then un-retweeted hours later and self-retweeted again,” said John Colucci, a social media director in Seattle. But often it’s a necessary evil.

Dror says he also doesn’t leave his self-retweets up for too long. “To me retweets are ephemeral, which means that a few hours later I’ll go back and un-retweet most things to keep my timeline curated. The value of the retweet itself is gone after 10 minutes anyway,” he said.

The first time you retweet yourself it can feel uncomfortable, but once you break the seal it’s hard to stop. For those still on the fence, I promise you that the rush you get from a new like after re-upping something will assuage any lingering fear.

That said, there are still a lot of trolls and haters who will criticize your decision to redistribute your own content. Several coworkers of mine, past and present, have told me that under no circumstances would they engage in self-retweeting.

But though these sad souls may mourn for a Twitter past, once a technology platform evolves there’s no putting the genie back in the bottle.

Life is short, and the self-retweet is here to stay — so go ahead and give your own writing some love.