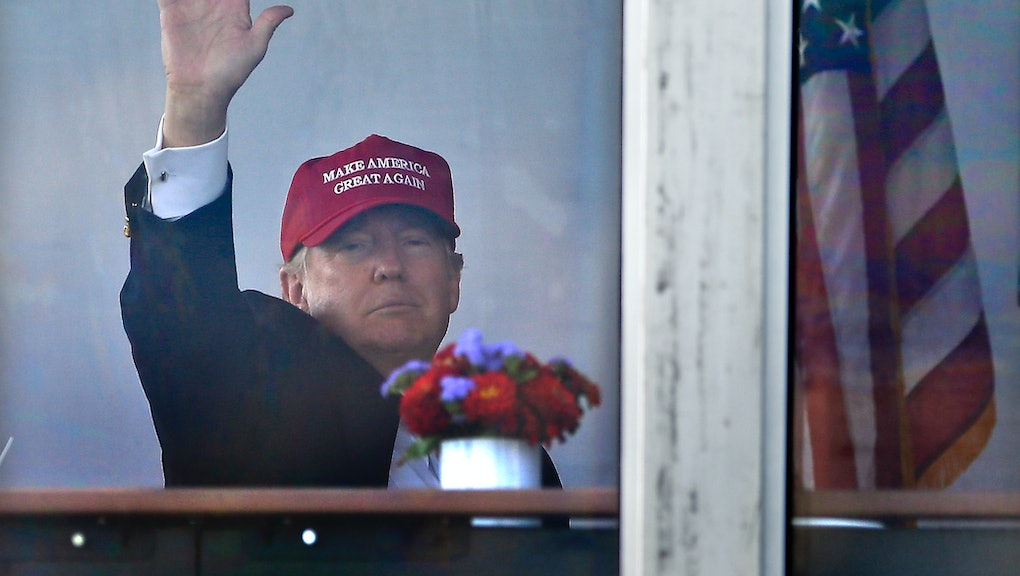 As concern over collusion with Russian officials reaches a fever pitch, President Donald Trump scored the lowest approval rating for his first six months in office of any U.S. president in the last 70 years, according to an ABC News/Washington Post poll made public Sunday.

According to the Washington Post, that disapproval rating is even more troubling than it first seems: 48% of Americans polled said they “strongly” disapprove of Trump’s presidency so far.

At the six-month mark 59% of Americans polled approved of former presidents George W. Bush and Barack Obama’s. Harry Truman garnered the highest score with the public for his first six months, polling at a whopping 82% approval rate.

ABC News points out that Trump’s score is down six points from his 100-day approval rating, which was itself a record low.

Despite this historic low, President Trump struck a cautiously optimistic tone Sunday morning, tweeting that the score was “not bad” even though it was, in fact, the worst of all time six months in.

Though Trump said that “almost 40% is not bad,” in August 2011, Trump appeared to mock Obama for having a “record low” 39% approval rating — three points higher than Trump’s at current.

Trump’s approval rating isn’t the only number he’ll have to worry about: The Washington Post noted that almost half of Americans think our nation’s role on the geopolitical stage is weaker than it was before Trump was inaugurated. ABC News reported that 60% think Russia had a role in the 2016 presidential election, with more than half of those who held that opinion saying they thought Trump’s campaign aided their efforts.

Trump also used his early-morning Twitter rant to say his son was being “scorned” by the coverage of his controversial meeting — and to bring up Hillary Clinton’s emails.

The ABC News/Washington Post poll is the latest referendum on the beleaguered presidency of Donald Trump, whose inauguration weekend saw massive, record-setting protests nationwide. Though Trump claimed that no other president had accomplished more in their first 90 days than he had, the American public (and, for what it’s worth, the fact-checkers at Politifact) thought otherwise: Only 41% approved of President Trump’s tenure by the end of April.