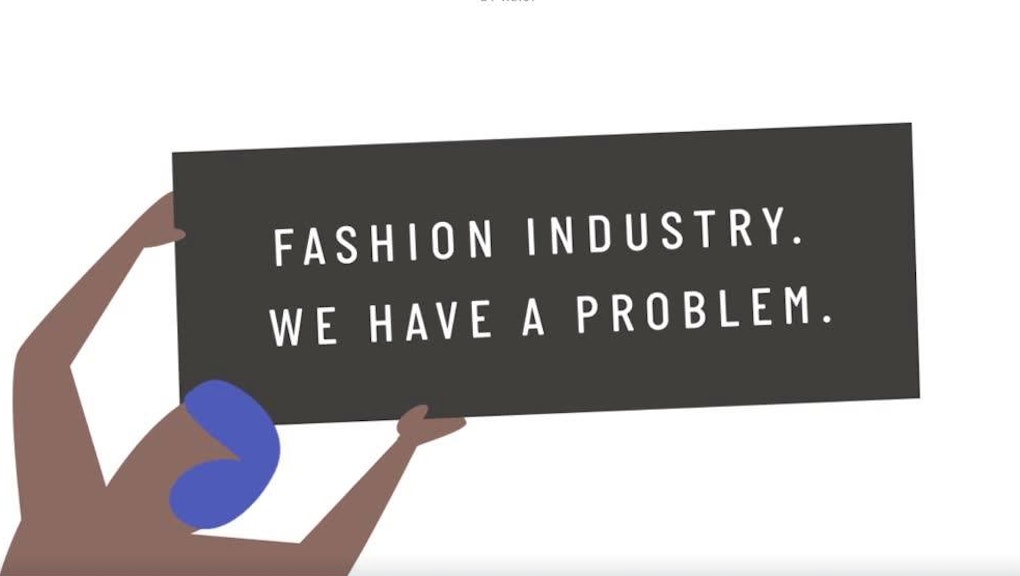 The seven billion people in this world aren’t just four or five shades of nude. That might be obvious to you, but to the fashion world, it’s taken a while to really understand that. Now, a new project, the Nude Project, wants to help speed the industry’s slow progress on this idea.

The Nude Project, which went live on July 11, is asking people to upload pictures of their faces to be matched with a skin tone. And it’s working. Within three hours of its launch, 12,000 people had signed up. In two days, more than 50,000 people from across the world engaged with the campaign.

“We were trying to work out how to develop an inclusive skin tone palette for our nude tights (we currently do a ‘light’ and a ‘dark’, which is obviously nowhere near good enough) but realized that there was no fabric-ready skintone palette that we could tap into,” Ellie Howard, the head of community at Heist Studios, the British body wear brand that founded the Nude Project, said in an email interview. “We dug a bit further, and found that although there are 100-plus skin tone shades registered for cosmetics, for garments worn next to the skin, this maxes out at seven shades.”

Once this project is over, the Nude Project will have one of the largest databases of what “nude” really looks like, and, with that information, will not only be debuting a much more inclusive line of tights — their specialty — but will make this new nude palette available to the fashion industry as a whole.

“We will produce an inclusive range that far surpasses the seven shades currently available — but this isn’t about having one brand make small improvements, it’s about making the fashion industry at large more inclusive,” Howard said. “So, we’re sharing our palette to encourage other brands to more accurately reflect the skin tones of women around the world.”

Ultimately, the goal extends farther than tights of course, but the project leaders are hoping this project sparks some creativity in other companies that have been lagging in realizing that “nude” isn’t one shade. That message has been realized by brands like Christian Louboutin and Nubian Skin, but could certainly be spread farther.

“In a year we want to be offering women with any skin tone the option of buying tights that act like a second skin, and we hope to have seen other brands using our dye recipes to make their ranges more inclusive,” Howard said.