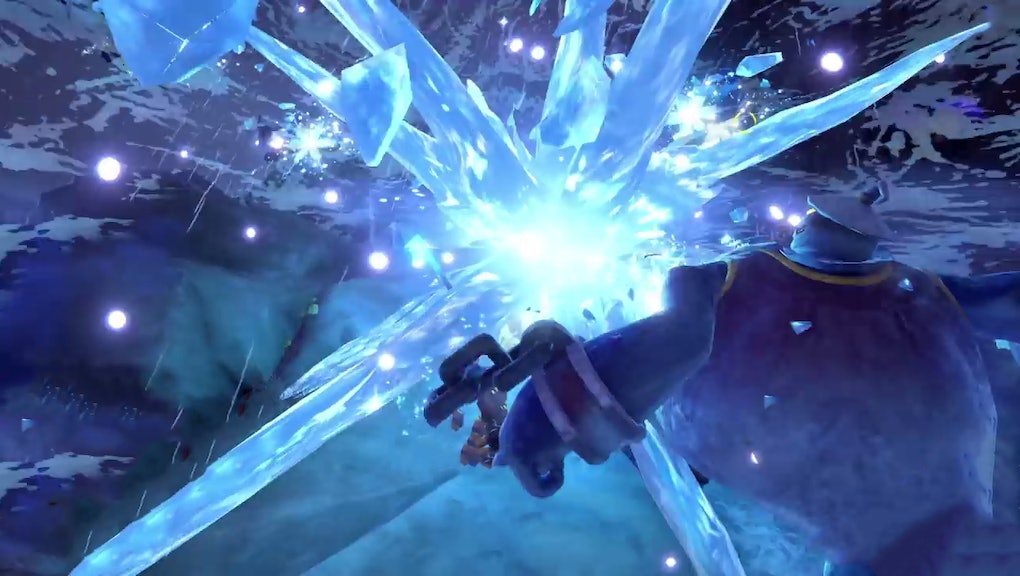 Tetsuya Nomura, director of Kingdom Hearts 3, has confirmed that the Gummi Ship will be returning for the upcoming game. Nomura stated at Disney’s D23 Expo that Gummi Ships would show up in Kingdom Hearts 3, but that the system has evolved, according to IGN. There was also mention of a new tier of magic abilities that go beyond the previously highest “-aga” spells.

In the Orchestra World Tour trailer, we saw “Blizzaza” being used, and Nomura stated that there would indeed be a new level of magic players can obtain in Kingdom Hearts 3. Nomura explained that up until Kingdom Hearts 3, only King Mickey could cast the most powerful form of magic.

Kingdom Hearts has typically used Final Fantasy’s system of magic in past titles. However, the most powerful spells in those games have typically had an ”-aja” suffix. Is ”-aza” taking the place of ”-aja” as the fourth tier of spells, or will we get five tiers (ex: Blizzard, Blizzara, Blizzaga, Blizzaja and Blizzaza)? I guess we’ll know when Kingdom Hearts 3 is released sometime in 2018.