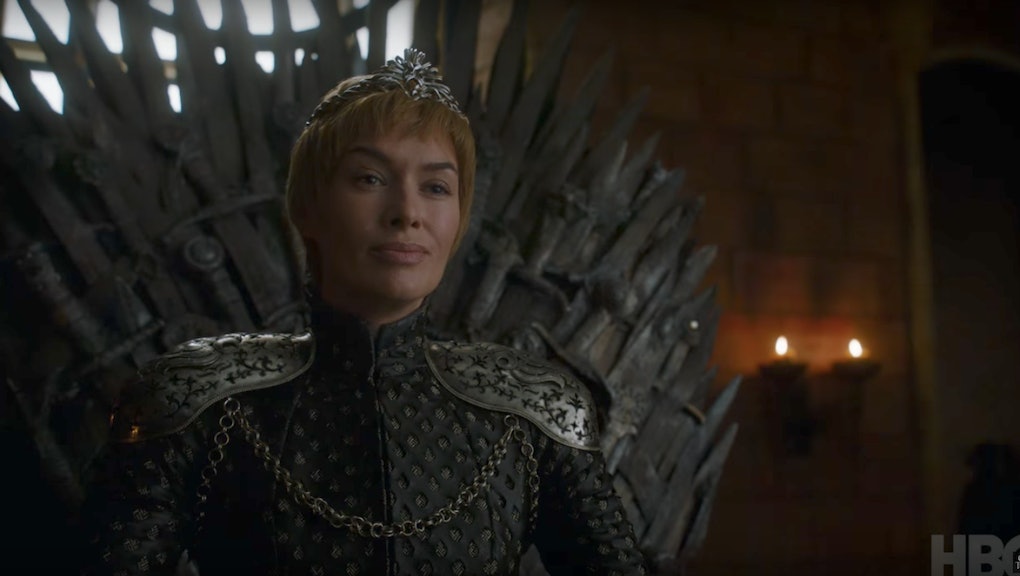 ‘Game of Thrones’ season 7, episode 2 preview: A breakdown of everything HBO teased for next week

The season seven premiere of Game of Thrones picks up right where season six leaves off. Arya wears the face of Walder Frey and decimates the entire Frey clan; Daenerys Targaryen continues plotting her war against Cersei Lannister; Jon Snow is still trying to convince all of the lords to fight together against the White Walkers; and poor Samwell Tarly is still toiling away at the Citadel. It was an exciting beginning to a much-anticipated return, but the preview for episode two looks plenty exciting, too.

The teaser was incredibly short but still managed to squeeze in some interesting clips featuring Cersei, Daenerys, Ellaria Sand, Yara Greyjoy and even Ghost.

As Daenerys so aptly says, shall we begin?

In the halls of Winterfell, one of the lords proclaims that “a Targaryen cannot be trusted.” Jon Snow looks pensive, as always, and the audience is left wondering what this remark is in response to. Does Daenerys reach out to Jon for an alliance, or is it the other way around? A partnership between the two wouldn’t be that unusual given Jon’s Targaryen heritage, which was revealed by HBO shortly after the season six finale.

As Cersei sits atop her Iron Throne, she cooly remarks, “the Mad King’s daughter will destroy the realms.” Clearly she’s referring to Daenerys here, but it’s unclear how this destruction will come about. It’s also unusual how relaxed Cersei looks given the topic, but maybe the destruction of the realms is exactly what she wants. The Lannisters are outnumbered and surrounded by enemies on every side, and as Littlefinger once so aptly said, “Chaos is a ladder.”

Yara is ready to fight

Yara Greyjoy is eager to bring the fight to Cersei’s doorstep.

“We have an army of fleets and three dragons,” Yara tells Daenerys at what appears to be a small council at Dragonstone. “We should hit King’s Landing now.”

But what compels Yara to say this? Is Daenerys proposing to stay the attack on Westeros? And if so, why? Perhaps the answer could lie in their location. The Mother of Dragons has finally reached her true home of Dragonstone, and it’s possible she just wants to spend a little more time in the place of her ancestors before heading off to war.

Ships go out to sea

One of the final shots before the screen goes black is of Daenerys staring out at a foggy ocean. The sea is teeming with ships, and each is pointed not toward the shore but parallel to it. It’s possible they’ve just dropped anchor and are stationary, but it’s also possible they’re on their way to King’s Landing.

It’s been awhile since Ghost has made his way onscreen, but in a clip that lasts less than a second, we see the menacing dire wolf snarling and baring his teeth. What he’s so angry about is yet to be seen, but whatever, or whomever, is on the other side of those fangs had better make their peace.

Of course, this could also be Arya’s direwolf, Nymeria, or an entirely new direwolf that has yet to be introduced.

Yara Greyjoy and Ellaria Sand kiss, which, given previous scenes of Yara being intimate with another woman, isn’t all that shocking. However, the last time we saw Ellaria kiss someone, they died a painful death shortly after.

In this case though, it seems unlikely that Ellaria’s intentions are nefarious. After all, she has every reason to want to join forces with Daenerys and exact revenge on the Lannisters for the death of her lover, Oberyn Martell, at the hands of the Mountain, so why would she kill one of the Dragon Queen’s allies?

Someone is choking the life out of Littlefinger — someone much taller and clearly much stronger. The only question is this: Will the snake wriggle his way out of this one, or will this be the last time we see Lord Petyr Baelish?

Watch the preview for Game of Thrones season seven, episode two below.