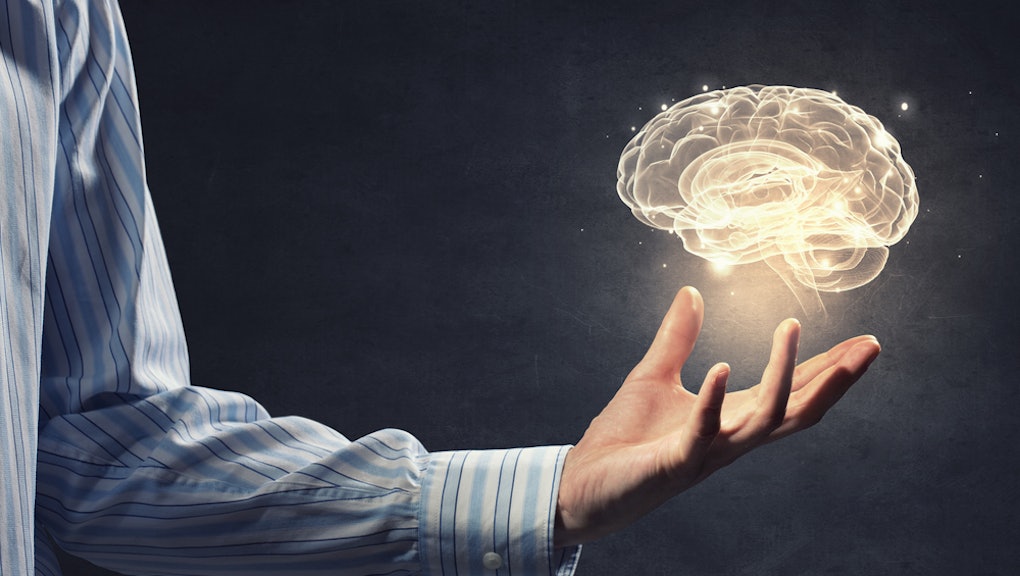 3 secrets to keeping your brain sharp after age 20, according to science

Ah, a healthy brain and functioning memory that keeps you sharp at work and play: Losing it is something you don’t have to worry about until you get old — like senior-citizen old, or at least middle-aged — right? Alas, not exactly.

Fluid intelligence, which allows you to think and react quickly (and do mental math, for example), actually tends to peak in your 20s and head downhill from there. The ability to recognize faces also starts to decline after your early 30s, while the speed at which you process information starts to decline after age 18 or 19. And short-term memory function peaks around 25 and begins to drop off after age 35, as the Massachusetts Institute of Technology explains.

Luckily, just knowing of these challenges means you’re one step ahead. After all, there are moves you can make to counteract mental decline and keep cognitive abilities honed, despite the natural effects of aging.

“Absolutely, there are things you can do” to fight the effects of an aging brain, W.R. Klemm, author of Improve Your Memory for a Healthy Brain and a senior professor of neuroscience at Texas A&M University said to Mic via email. “The brain does not age the same as other body organs and ages differently in different people.”

As Mic has written before, there are research-proven ways to improve memory. But what about keeping other cognitive faculties working? Here are three major insights about how to exercise your brain — and keep it in tip-top shape.

1. Boost your brain with novel information and physical experiences

To keep your mind sharp, you need to make sure your brain is frequently processing new information, either by attaining more formal education or by challenging yourself in other ways.

While advanced education has been linked to higher levels of mental functioning in your golden years, according to Harvard Health Publications, you don’t have to go to grad school just to give your brain a workout. “For those with lower education, engaging frequently in cognitive activities showed significant compensatory benefits for episodic memory,” according to a 2010 article in the American Journal of Geriatric Psychiatry.

Playing brain games like puzzles, picking up a side gig or a new hobby like photography and learning new skills can all build new neural connections that keep your brain active and healthy. Don’t just focus on book learning, either. If you can make more use of your senses, like your sense of smell or taste, even that activates different parts of your brain, and may even help boost memory.

Physical health is important too. “To slow brain aging, stay mentally active and have a healthy lifestyle,” Klemm said to Mic. Indeed, “protective factors that reduce cardiovascular risk, namely regular exercise, a healthy diet and low to moderate alcohol intake, seem to aid the aging brain,” according to research in Postgraduate Medical Journal. Other healthy behaviors include getting enough sleep and managing high blood pressure with suggestions from a doctor.

2. Get better at “tuning out noise”

If you’re stressed out all the time, you’re wasting mental energy and potentially even impairing your brain’s function. “Your brain’s stress response — fight or flight — is clearly the worst possible state for learning something new,” according to Train Your Brain For Success. That defensive response that comes with anxiety can make it harder to learn new information and skills, and chronic stress can even degrade important neutral connections, keeping you in “a constant state of fight-or-flight,” as Psychology Today explains.

How can you stop the noise? “I do mindfulness meditation where I train my brain to focus on slow breathing and shut out all intruding thoughts,” Klemm advised. “This hones the ability to concentrate and reduce the distractibility that generally increases with age.” Meditation is just one of several smart moves you can take to reduce stress; more are detailed here.

But it’s not just stress that’s weighing down your cognitive abilities. Forcing your brain to remember meaningless details can actually make it harder to learn new things.

Studies from Concordia University confirmed the detrimental effects of cluttering up your brain: “Older adults are less able to keep irrelevant information out of their consciousness, which then impacts on other mental abilities,” wrote Mervin Blair, a Ph.D. student in Concordia’s department of psychology, per Science Daily. Organizational hacks can really help: Keeping your belongings in the same place, stowing related objects together, using lists and removing clutter will help you remember more of what’s actually important.

The amount of information your brain can handle at once is also limited — though having a memory system in place can expand your capacity, as Train Your Brain for Success explains. Repeating information you want to recall later and using mnemonic devices can also help boost memory and brain function. For best results, space out your memorization efforts.

Bummed out by this article? Chin up! Unfortunately, believing that your brain function will get worse as you get older can actually become a self-fulfilling prophecy, according to a 2015 article in the Journal of Geriatrics.

Instead of feeling stressed or sad, try practicing positive thinking. It can really help: When positive messages about preserving memory are presented to middle-aged and older adults, they tend to do better at memory tasks than if they’ve been fed negative messages. Part of the reason for this may be that people tend to do less to preserve and maintain your cognitive health if they feel like decline is inevitable or unavoidable.

And negative attitudes towards aging not only result in worse cognitive abilities, but were also found to impact other functionality as well, including walking speed, according to Science Daily. But if you think you might be suffering from mental health issues like depression, it is particularly important to seek out help — since simply trying to “be positive” might not be enough.

In short, staying positive, active and focused make it more likely that your brain will stay sharp (or get even sharper) and that your memory will be able to retain more information as you age. While, on paper, your cognitive peak might have come sooner than you thought, it’s never too late to fight the effects of aging.

Sign up for the Payoff — your weekly crash course on how to live your best financial life. Additionally, for all your burning money questions, check out Mic’s credit, savings, career, and investing hubs for more information — that pays off.