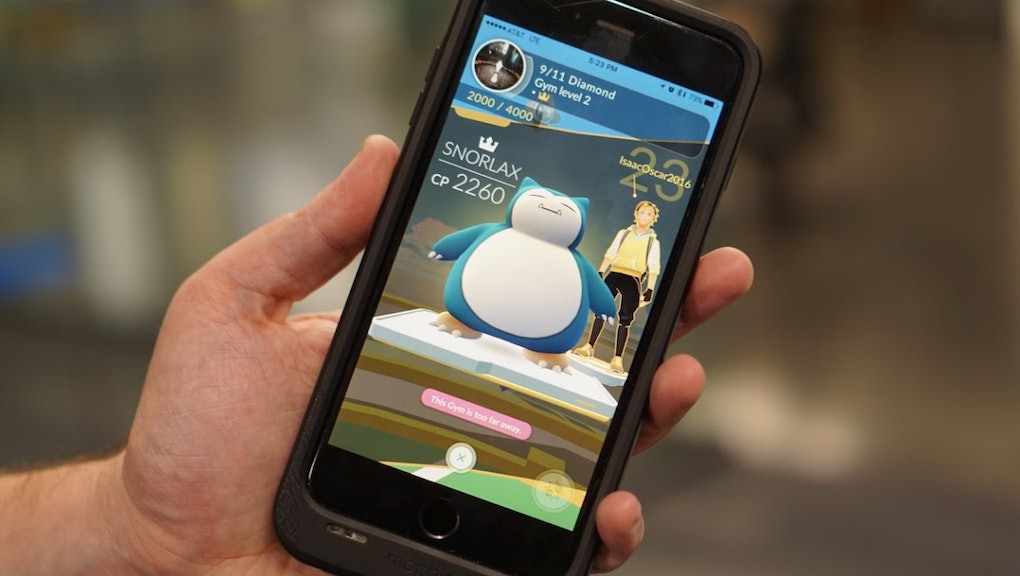 With all the excitement around the gym update and raids, it’s easy to lose track of player-versus-player in Pokémon Go. PvP was an initial part of the game’s teaser trailer back in 2015, but we’ve heard very little about it since then. Niantic teased that they were still working on it back in May, but most talk of PvP happens when players just start spinning their wheels.

Now fans are convinced that PvP might be coming to the game based on a very unusual glitch — one that transports giant versions of nearby trainers into your game.

Players on the Silph Road have reported a glitch happening in their game. Every so often, a fellow trainer will appear in someone else’s game — as an immobile giant.

Alongside the requisite Attack on Titan jokes, players theorized that this might have something to do with PvP — after all, you’re interacting with another trainer when you battle them, so it would make sense for them to show up in your world. Fans quickly noticed this might have unintended consequences though.

TabooTapeworm noted that if other players started appearing in a game linked to your GPS, it would be easy to track people using it. This is at best very creepy and at worst, a massive safety hazard. Although it initially looked like this might be the botched implementation of an interactive element, fans surmised that something else was at play.

When another poster named RareformATB posted a screenshot of a similar glitch, a user named xenonpulse had an explanation.

“You probably saw her avatar in the gym, which rendered it on your phone, then a glitch caused her to appear on your map,” they wrote. “I highly doubt that they are just downloading other trainers’ avatars onto your phone for no reason.”

So chances are good that giant trainers aren’t actually the result of some sort of trainer tracking device. Still, we can hope that giant trainer battles to accompany giant raid Pokémon – or at least a form of PvP — are on the way soon.