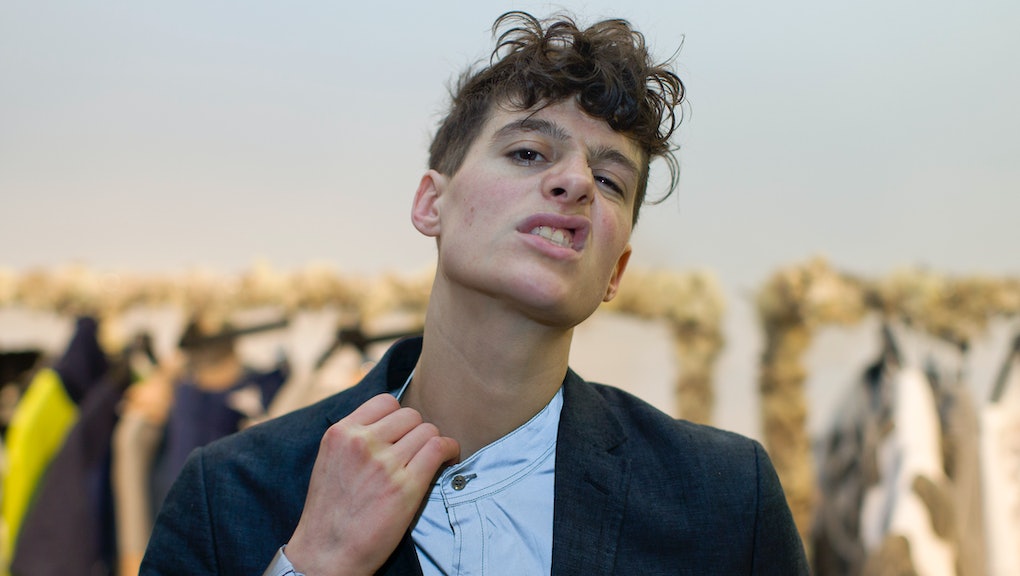 Given that Malik and Hadid aren’t gender fluid themselves, and don’t actually embrace gender fluidity, Vogue apologized, saying in a statement: “The story was intended to highlight the impact the gender-fluid, non-binary communities have had on fashion and culture. We are very sorry the story did not correctly reflect that spirit — we missed the mark.”

Vogue even we so far as to switch the headline, with it now reading: “Gigi Hadid and Zayn Malik are part of a new generation who don’t see fashion as gendered,” which is more accurate.

But in any case, it was obvious that Vogue was trying to find its way into this conversation around gender that so many in fashion are having right now. And in an interview with model and activist Rain Dove, who is gender fluid or gender non-believing, they clearly had some thoughts about that.

“It’s hard because this is in a written context so you can’t hear the intonation that a person says, but there are a lot of pioneers who are really paving the way right now and taking huge risks in their careers and their personal lives in order to be able to bring awareness to people that there is the idea of gender fluidity in the world,” Dove said in an interview.

Pioneers who are not Hadid or Malik, for example. But for Dove personally, this flub is an opportunity to educate people about what gender fluidity really is. “Gender fluid isn’t about being able to be fluid within the genders or gender expressions and community,” Dove explained. “It’s about identifying with yourself and being just you, being the most honest you. And by just being you without any kind of limitation, you are fluid, 100% fluid.”

As for the difficulties they’ve faced themselves as a gender-fluid person — way before Vogue even uttered the words — Dove said that one of the difficulties is shopping, making that Vogue story all the more ironic.

“Walking into a store is a very interesting experience for me,” Dove said. “It’s a very dehumanizing experience. For me, I experience a lot of bathroom anxiety or changing room anxiety. If you’re shopping in the women’s section, oftentimes people think you’re shopping for your girlfriend, right? When I go to shop in the women’s section and I want to go into the fitting room, people like, you can hear them basically cocking their pepper spray just in case they need it.”

Dove’s had an issue conveying this idea of gender fluidity themselves too, given how structured many people believe gender to be. “It’s hard to deconstruct something that’s been constructed from birth for you,” Dove said. “It’s hard to break out of something that you feel like you’ve never really seen beyond. And I think people are afraid. They’re afraid that what happens if I have to be honest with myself about me just being me.”

Ultimately though, this Vogue story gives the magazine a chance to do something good and right when it comes to talking about gender.

“With Vogue, I think this is just a simple educational thing,” Dove said. “It’s very clear that Vogue is very interested in incorporating the ideas of gender fluidity or gender expression being fluid, at least. I think it would be really smart for Vogue to release on their platform an educational piece about gender and its place in fashion.”

“I think when they do that, not only are they gonna be able to educate people about something that they made a mistake on, but also they’ll lift a lot of shackles off from people who are trapped in this gender world,” they added.

With that in mind, Dove’s hopeful that Vogue will rise above this controversy, and move forward in educating its readers.

“I think that Vogue has always been able to rise above and I think that you are gonna rise above and you have the opportunity to do something very, very powerful with all the emotion people are experiencing,” Dove said. “The question is, what are you gonna do with that spotlight?”