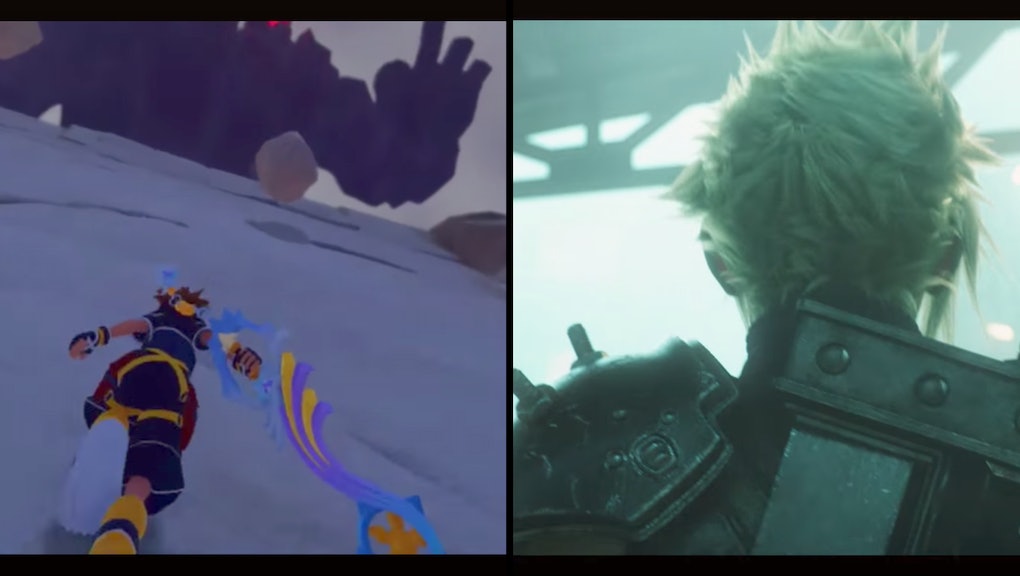 Fans of Final Fantasy will be happy to find out that Final Fantasy 7 is not being delayed because of Kingdom Hearts 3. According to a GameSpot interview conducted at Disney’s D23 expo, the game director for both titles, Tetsuya Nomura, said the games actually work well together.

It actually works to my advantage because [they’re] so different. If both titles seem to have a sort of similar vein, both titles may start to look the same. So with the two being different, if there’s one thing that I could not do in one title, I might be able to do it in the other. It works out for me in that way.

Nomura said the biggest challenge is his schedule. He has to effectively work two different calendars, as each game has different events or meetings to attend. In the interview he gave the example of attending D23 for Kingdom Hearts but then rushing right after to another meeting for Final Fantasy 7.

It’s also interesting to note that Unreal Engine 4 is actually being customized to fit the needs of each game’s designers and in order to make sure these games don’t look like other games developed on Unreal.