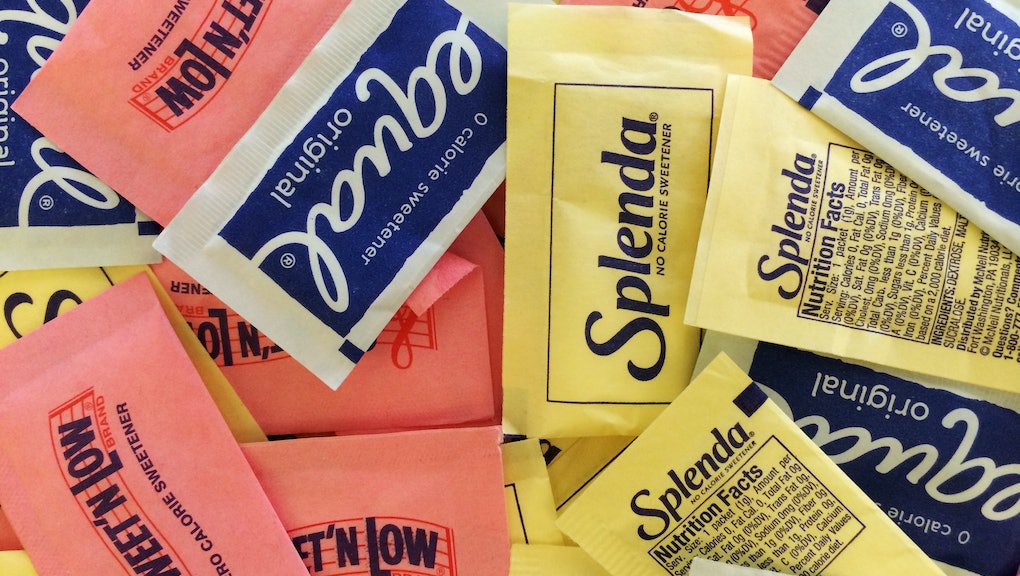 It turns out the the same artificial sweeteners found in zero-calorie products like Coke Zero may be linked to weight gain, as well as a host of negative effects, new research finds.

A review published Monday in the Canadian Medical Association Journal analyzed trials and studies that included more than 400,000 participants.

The researchers found that “regular consumption” of artificial sweeteners was associated with weight gain, as well as other negative health effects like increased risks of high blood pressure and stroke, ABC News reported on Monday.

So, despite the fact that artificial sweeteners are sometimes intended to help people manage their weight, the researchers said, the data indicates that common sweeteners like aspartame, sucralose and steviocide — sold as Equal, Splenda and Stevia, according to ABC News — could actually be connected to weight gain.

“We were really interested in the everyday person who is consuming these products not to lose weight, but because they think it’s the healthier choice, for many years on end,” Meghan Azad of the University of Manitoba, the review’s lead author, told NPR on Monday.

The January study found that children as young as two years old were consuming foods and drinks with low-calorie sweeteners.

The scientists behind the new review say that more research is needed to fully understand the actual risks of the sweeteners, and the research only found an association, not a definite link, between artificial sweeteners and negative health effects.

Still, as Azad told NPR, the review found that “there is no clear benefit for weight loss, and there’s a potential association with increased weight gain, diabetes and other negative cardiovascular outcomes.”

Without conclusive evidence as to the risks and benefits of artificial sweeteners, it may be wise to take claims of their efficacy with a grain of salt.