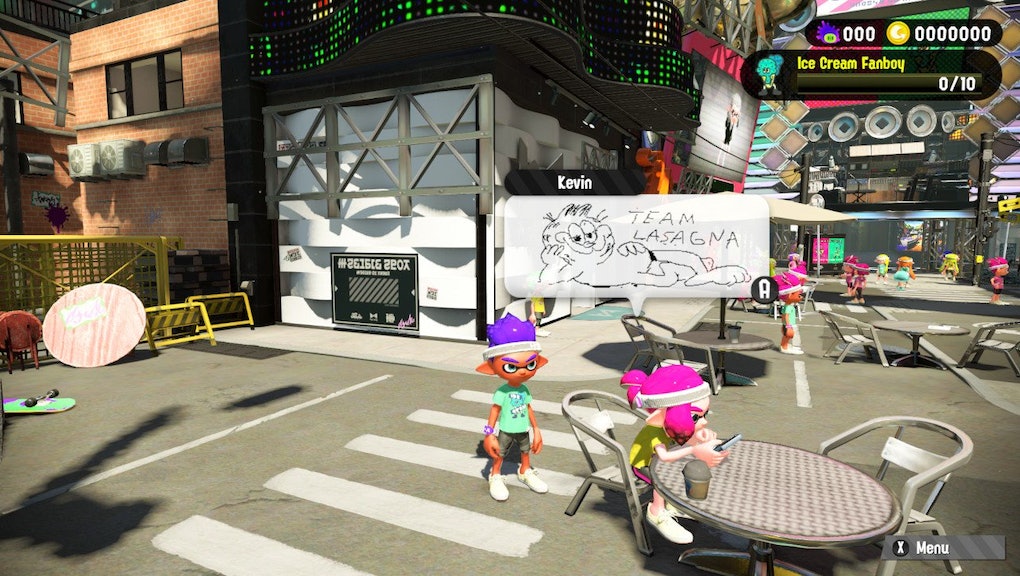 Splatoon 2’s release date is quickly approaching and Nintendo’s second demo weekend is complete. Unlike the global testfire we got back in March, the latest opportunity to play Splatoon free on Switch came in the form of a Splatfest in which two teams (Team Cake and Team Ice Cream) battled it out for dessert dominance.

While Team Ice Cream was the official winner of Splatoon 2’s Splatfest, the even bigger winner were fans of the game who got to play online, try out new weapon abilities and, most importantly, view all the great artwork Switch players came up with.

What artwork? Don’t worry, we took plenty of screenshots.

The main event was a series Turf War-style showdowns, but the art created between matches was top notch. Much of it represented the world of Splatoon or referenced other popular video games. Like this one:

Team Ice Cream’s own Marina. Not bad. Not bad at all.

Okay, how is this even possible? Just look at those dots.

This one is just suave.

The internet had even more Splatoon 2 Splatfest art to share. Here are some other masterpieces that came out of Inkopolis over the weekend.

Sometimes, your body is Reggie for some ice cream.

Make sure you don’t lock eyes with another Inkling, or it’s a battle.

Well played #TeamIceCream, but when is Portal coming to Nintendo Switch?

And of course, the infamous ice cream Sanic picture.

We can’t wait to check out even more Splatoon 2 art once the game officially launches on July 21.