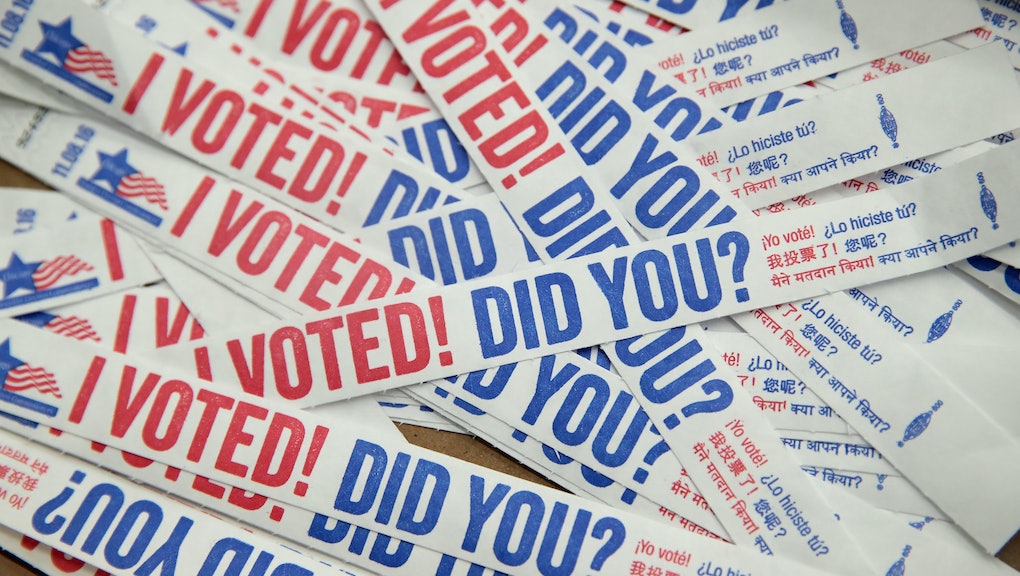 Buffeted by lawsuits and enmeshed in a hail of partisan crossfire, the election integrity commission born of President Donald Trump’s claim that millions of people voted illegally last year is holding its first meeting in Washington, D.C., on Wednesday.

Here’s the rundown on what you need to know about what the president calls his “very distinguished voter fraud panel” — and why it matters.

The 12-member panel will convene for the first time on Wednesday morning. Vice President Mike Pence, chairman, and Kansas Secretary of

Members of the public won’t be allowed to speak at this first meeting, which will be livestreamed by the White House. For weeks, the commission — which was established in May and charged with investigating fraud, suppression and confidence in the U.S. voting system — has been accepting written remarks from the public and posting them online.

After an initial conference call in June, Kobach sent a letter to the states that requested files on almost 200 million registered U.S. voters. Among the information requested was voters’ party affiliation, military and criminal history and partial Social Security numbers. The backlash was vast: Election officials from both sides of the aisle refused to cooperate and watchdog groups piled on with legal complaints.

In an interview, commission member David Dunn, a political consultant and former Democratic Arkansas state representative, lamented the amount of “noise” surrounding the panel in the walk-up to its first meeting.

“We probably could have done a better job of introducing people and letting everybody know that this is not some kind of a posse out to get you,” Dunn said. “We’ve got some very reasonable members there that I think will come together and make some very reasonable middle-of-the-road decisions.”

Dunn acknowledged he and other Democrats have taken heat for agreeing to serve on the Trump panel: “I hope it doesn’t turn out to be something that I can’t continue to be involved in, [but] my daddy always told us if you’re not at the table, then you’re liable to end up on the menu.”

Dunn said his main goal involves sorting the fact from the fiction, and only then taking the necessary action. “If we do have illegal voters, I think that the general population has the right to know about that,” he said. “But I also want to make sure that if we have this type of direction that we have facts that back it up.”

“The groups opposing the commission must not be interested in getting to the truth about voter fraud,” he told Mic in an emailed statement. “One reason is that if voter fraud is documented, it undercuts the story they’ve been giving reporters and the public for a decade. It also will make donors wonder why they donated to them.”

Some of those groups will be countering the panel’s proceedings via coordinated Twitter responses and a pre-meeting demonstration near the White House.

In interviews and columns leading up to Wednesday’s meeting, commission member Ken Blackwell has pushed back firmly against critics who call the panel a put-up job meant to justify Trump’s claims, a means of helping Kobach weaken voter protection or both.

“The notion that this commission is one that should not exist and the false narrowing of the mission to kill it in the crib I find to be offensive,” the former Ohio secretary of state told the Dayton Daily News.

The question of whether the panel should exist aside, it’s the way it’s being run that’s worrying some legal observers: “There was a ‘Keystone Kops’ aspect to the way that they asked for this data without having any plan first,” William McGeveran, a University of Minnesota law professor who specializes in privacy issues, said in a phone interview.

The lack of preparation creates a whole flock of concerns that haven’t been addressed, McGeveran said. “Will that information be secure against hacking? Will, in fact, only truly public information be made accessible — either by accident or on purpose? And [why] does the federal government need all this data, anyway? What do they expect to do with it?”

“The more you aggregate data, the more you increase risk,” McGeveran said, noting that government and private sector operations know how to safeguard enormous amounts of information. “But it requires time, thought, money and caution — none of which I see here.”

For now, the panel isn’t even actively collecting data because it faces multiple legal challenges, including a new one filed Tuesday by the NAACP.

Data breaches aren’t the only potential risk if the panel does ultimately get what it requested. “A sloppy analysis of the data may sensationalize a really important issue for our democracy,” McGeveran warned.

For example, a massive cross-referencing of voter data could lead to “false positives” that get qualified voters kicked off the rolls. Or as the Atlantic put it, the panel could “coordinate disparate anti-immigrant voter practices across the country, or propagate voter ID laws in Republican state legislatures.”

The data request has also led to scattered reports of voters pulling their registrations for fear that their personal information with become public property.

Such tales have been hyped as horror stories by some, while others happily suggest the panel just might be scaring improperly registered people off the books. Among those who’ve supported the second possibility: Kobach himself.

It’s not clear how widespread the phenomenon of de-registration might be by any means, but McGeveran said one of the worst things the panel controversy could lead to is a general sense of fear about participating in elections.

“I don’t want people to hear this hullabaloo and think, ‘Dang, being on the voter rolls is a risky thing,’” he said.