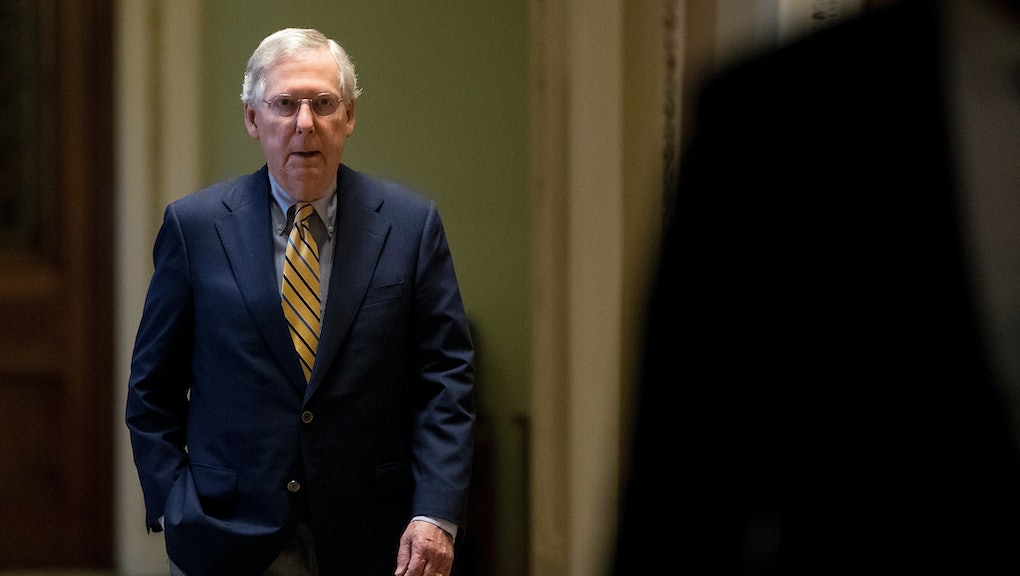 After the second version of Senate Republicans’ health care plan imploded Monday night, Senate Majority Leader Mitch McConnell (R-Ky.) now says the Senate will vote on a straight repeal of the Affordable Care Act without a replacement ready to go — a last-ditch effort for the GOP to make good on its seven-year promise to repeal the law known better as Obamacare.

Republicans in both the House and Senate passed this same strict Obamacare repeal bill in December 2015, knowing President Barack Obama would veto it.

Yet now, with President Donald Trump in the White House, a repeal bill — which the Congressional Budget Office estimates would cause 32 million people to lose their health insurance and cause premiums to skyrocket — would be signed into law.

And how they vote will prove whether that initial repeal vote two years ago was a political ploy or a vote they actually believed in.

Almost every moderate senator who wavered on the Senate bill that failed Monday night — saying they were concerned about its cuts to Medicaid — voted for the straight Obamacare repeal in 2015.

That includes Sens. Bill Cassidy of Louisiana, Dean Heller of Nevada, Lisa Murkowski of Alaska and Rob Portman of Ohio.

The only senator to come out against the current Senate health care repeal who didn’t vote for the strict repeal in 2015 is Susan Collins of Maine — who at the time objected to the bill’s Planned Parenthood cuts. So forcing a vote on a strict Obamacare repeal bill puts many of these senators in a tough place.

A strict Obamacare repeal bill has even worse implications for the public than the current bill these senators voiced concern over. More people would lose coverage in a strict repeal, while costs would skyrocket even more. And it would still be a massive tax cut for the wealthiest Americans.

Casting a vote for that could be a political nightmare for someone like Heller — who faces re-election next November in a state Hillary Clinton won in 2016. But since these senators have already voted for this plan before, they’d be forced to explain what’s different now than in 2015.

And it’s hard to imagine the excuse that they knew the first strict repeal bill would be vetoed by Obama would sit well with anyone.