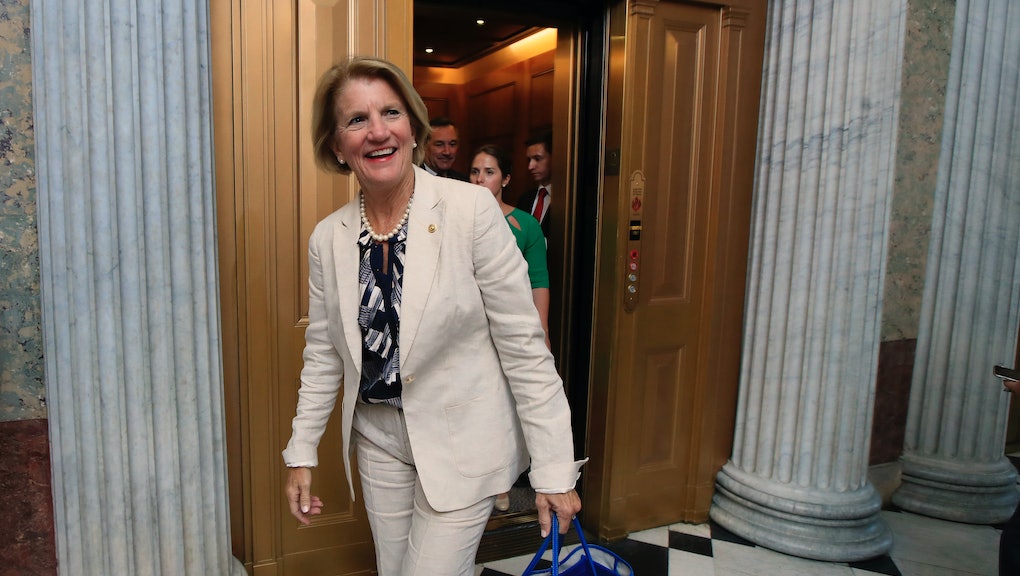 GOP Sen. Capito won’t vote on strict Obamacare repeal: “I did not come to Washington to hurt people”

Sen. Shelley Moore Capito (R-W.Va.) announced on Tuesday that she will not vote on a plan to repeal the Affordable Care Act without a replacement in place, saying in a statement that she “did not come to Washington to hurt people.”

“I have serious concerns about how we continue to provide affordable care to those who have benefited from West Virginia’s decision to expand Medicaid, especially in light of the growing opioid crisis,” Capito said in a statement regarding the GOP’s current plan to repeal the ACA, better known as Obamacare, without a replacement.

Capito, however, voted for the same straight Obamacare repeal bill in 2015. At the time, President Barack Obama was still in office, and Republicans knew any strict repeal bill would be vetoed.

Now that President Donald Trump is in office, lawmakers are confident he would sign a strict repeal bill into law, setting into motion a plan that could cause 32 million people to lose their insurance by 2026, as well as spike premiums, according to the non-partisan Congressional Budget Office.

Capito isn’t the only Republican senator opposed to the straight Obamacare repeal bill — which would delay a straight repeal for two years, with the hopes that an alternative could be reached in the meantime — that Senate Majority Leader Mitch McConnell (R-Ky.) wants to put to a vote.

“I voted against this approach in 2015 and I do not think that it is going to be constructive to repeal a law that at this point is so interwoven within our health care system, and then hope that over the next two years we will come up with some kind of replacement,” Collins said, adding that she won’t even vote to start debate on such a plan.

Sen. Rob Portman (R-Ohio) didn’t explicitly say he’d vote against the straight repeal, but suggested he was leaning against such a plan. “If it is a bill that simply repeals, I believe that will add to more uncertainty,” Portman told reporters on Capitol Hill.