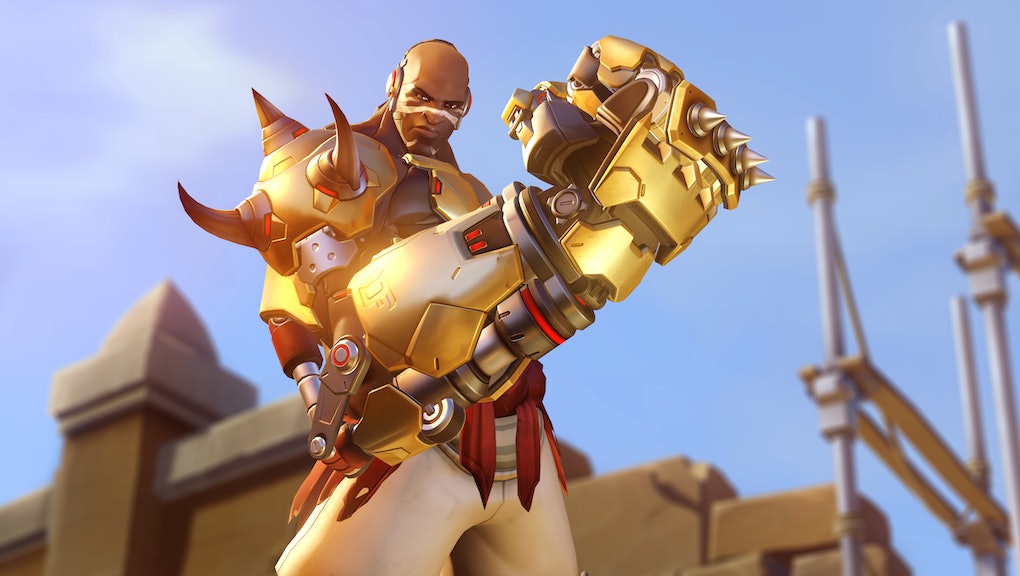 Now that Blizzard has officially unveiled its vision for the long-rumored Overwatch character Doomfist, Terry Crews — who fans hoped would lend his voice to the character — is speaking out about all those rumors.

Terry Crews on Overwatch Doomfist rumors: “I don’t wanna be the guy that hijacks a game.”

In an interview with PC Gamer, Crews confessed he’s ultimately happy he didn’t have a hand in Blizzard’s depiction of Doomfist — though, from his comments, it sounds like it was a possibility.

“It’s funny because when I went down to Blizzard and we were talking about possibilities, I realized that I don’t wanna be the guy that hijacks a game, you know?” Crews said. “The creators have a vision and I didn’t want to mess that up. I was not interested in trying to hijack the game, I let them know that whatever fitted in their program, I would love to do.

“When I saw that Doomfist was created — that they’d went with another guy — the whole thing, it’s actually quite perfect, it’s absolutely amazing,” Crews continued. “I can honestly say that they made a move that’s better for the game, which is what they’re about. I know people were upset but I’m not.”

If you’re one of the heartbroken fans who had your heart set on hearing Crews in Overwatch, don’t worry: Crews seemed to think there was a possibility of him collaborating with Blizzard in the future.

“If I ever do do anything with Blizzard, you watch: It’ll be perfect,” he said. “With those guys, we’re all friends, we’re all good. I think there will be something coming down the line.”

What that might be is anyone’s guess. You can read the rest of the interview over on PC Gamer.