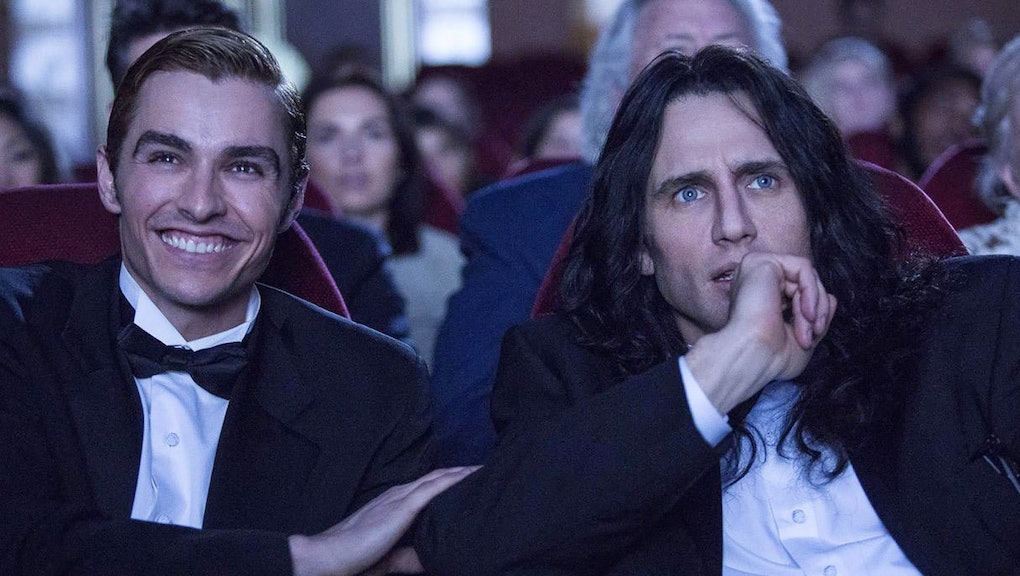 If there was ever a Mount Rushmore for “so bad, it’s good” films, trust me, Tommy Wiseau’s 2003 masterpiece, The Room, would be represented by his seemingly constipated facial expression, his default setting when he’s on-screen. (Other candidates for the monument include Troll 2’s trolls and George Clooney’s bat-nipples from Batman & Robin.)

If you’ve never seen The Room — you know what, stop reading this article and go watch it immediately, but consume it with as much booze as you’re comfortable with. The Room is, technically, a melodrama, but really it’s a disaster film, with Wiseau as its director and star. It’s marred by absurd plot twists, terrible acting and some of the worst dialogue ever put to script. (Here’s the film’s “quotes” page on IMDb — take your pick.) It’s so aggressively terrible, you’ll spend most of the film wondering if Wiseau’s actively trolling you. Even if he isn’t, and the movie is just tragically, fundamentally flawed, it’s a work of art. It is, as one assistant film professor told Entertainment Weekly, “the Citizen Kane of bad movies.”

Exploring whether Wiseau was earnest in his attempt to make a film that was actually good is the center of James Franco’s newest film, The Disaster Artist. Based on the book of the same name from Greg Sestero and Tom Bissell, who worked with Wiseau on The Room, The Disaster Artist drew rave early reviews at SXSW, and some early buzz for James Franco, who directs and plays Wiseau, as a potential Oscar contender. (Just consider that for a second: getting an Oscar nomination for a movie about one of the worst movies ever made. We truly are living in the craziest timeline.)

A24, which acquired the film, released its first teaser trailer Tuesday. The preview features Franco’s Wiseau struggling to remember his lines for one of The Room’s most iconic scenes. In The Room, the scene in question lasts about seven seconds: It features Wiseau, playing the character of Johnny, going up to his roof and talking out loud to himself, “I did not hit her. It’s not true. It’s bullshit. I did not hit her. I did not... oh, hi Mark!”

Never mind the lead-in for that dialogue — what really matters is that hall-of-fame segue. After Johnny suddenly greets his buddy Mark, the camera cuts to Mark, played by Sestero, who’s just chilling on the roof alone, holding a football. Why a football? Well, much like the work of fellow auteur David Lynch, in Wiseau’s art, not all of the mysteries demand immediate, or concrete answers.

It’s one of The Room’s most amazing and unintentionally hilarious moments — the whole mess of the 99-minute movie in miniature. And the behind-the-scenes story of filming that scene is appropriately bonkers. Per Sestero and Bissell’s book, it took three hours for Wiseau to get the scene right. (It should also be noted that he wrote the damn script himself.) The first trailer for The Disaster Artist captures that painstaking process, with Dave Franco waiting in the wings as Mark/Sestero and Seth Rogen as Sandy Schklair, the script supervisor for The Room.

It’s just a small taste of The Disaster Artist, but I’m fully expecting this to be brilliant — the best movie ever made about another movie that’s so bad, it’s good. Watch the trailer below.

The Disaster Artist is set for a limited release Dec. 1.