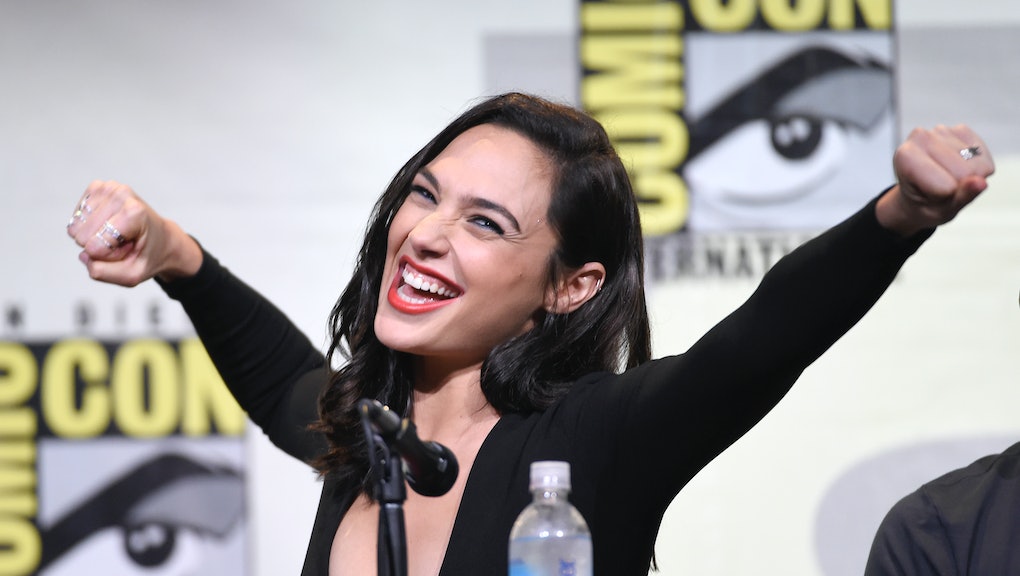 Look out, nerds. San Diego Comic-Con is right around the corner and there’s a whole lot of awesome things to geek out about at this year’s five-day festival. Aside from the incredible cosplay and the seemingly endless amount of merchandise, there are scores of different panels, workshops and screenings fans can attend over the long weekend.

So, how does one narrow it down to the most unmissable events and still have time to attend the Ewok party (that is no doubt happening somewhere at SDCC)? Obviously, everyone has their own, unique go-to favorites, but there are definitely several panels that have received a certain amount of buzz, and probably deserve a look-see.

Here are 19 picks for the most exciting SDCC events. All event times are Pacific Standard Time.

In conjunction with Comic-Con, Warner Bros. Television will be previewing their upcoming shows, including Deception, Krypton and Black Lightning. A new episode of Teen Titans Go! will also debut.

Ghostbusters co-creator Ivan Reitman and the brains behind the Ghostbusters comics will discuss all the magic of the ghoulishness. They will also likely reveal some future plans for the franchise.

Fans will get a first look at the latest toys from the Transformers: Generations Power of the Primes toy line, and hear behind-the-scenes stories about the toys from Transformers: The Last Night.

Gail Simone, writer of the Batgirl, Deadpool and Wonder Woman comics, will talk about her journey into the world of comics with fans.

Fans don’t need a badge to get into this all-day, multi-day event outside of SDCC. FX plans to showcase a bunch of interactive experiences inspired by shows like American Horror Story, Legion and Atlanta. And since July 20 is the day AHS creator Ryan Murphy is slated to announce the title of the new season, this is likely to be an unmissable event. This event continues Friday and Saturday 10:00 a.m. to 6 p.m., and Sunday 10 a.m. to 2 p.m, respectively.

Writers Sam Maggs of Wonder Women and Star Trek: Waypoint, Susana Polo of Polygon, Sarah Kuhn of Heroine Complex, Robbie Thompson of Supernatural and Silk, Christina “Steenz” Stewart of Lion Forge Comics, Cait Brennan of Debutante and Rose Knight of Women Write About Comics will discuss the dent women have made in the comic world thus far, and how far they still have to go to be on even ground with men.

The cast of SyFy’s Battlestar Galactica will come together to reconnect and answer questions from fans.

Spoilers will likely be cleverly averted, but that won’t stop this panel from being a main event. Stars slated to appear include Alfie Allen, Jacob Anderson, John Bradley, Gwendoline Christie, Liam Cunningham, Nathalie Emmanuel, Isaac Hempstead Wright, Conleth Hill and Sophie Turner. Excessive humming of the Game of Thrones theme-song by fans is to be expected.

Fans of the hilarious cartoon get to hear what’s next for the series from stars H. Jon Benjamin, Dan Mintz, Eugene Mirman, John Roberts, Kristen Schaal and Larry Murphy.

Several cast members, including at least one newcomer to the show, will join co-creators Edward Kitsis and Adam Horowitz on a panel moderated by superfan Yvette Nicole Brown, so expect probing questions to be asked.

Fans will be the first to see exclusive footage from season two. The cast and creators will also answer questions about what’s in store for the characters.

Rick and Morty creators Justin Roiland and Dan Harmon are participating in another event that fans don’t need a badge for. Expect something funny and brilliant.

Fans will get to be the first to experience Marvel Animation’s newest series, Marvel’s Spider-Man, as well as the debut of Peter Parker’s new voice. This two-part premiere will air later this summer.

Considering the exciting news about the 13th doctor being a woman, this seems like the place to be on Sunday at Comic-Con. The panel will include Peter Capaldi, Pearl Mackie, Matt Lucas and Michelle Gomez, as well as writer and showrunner Steven Moffat.