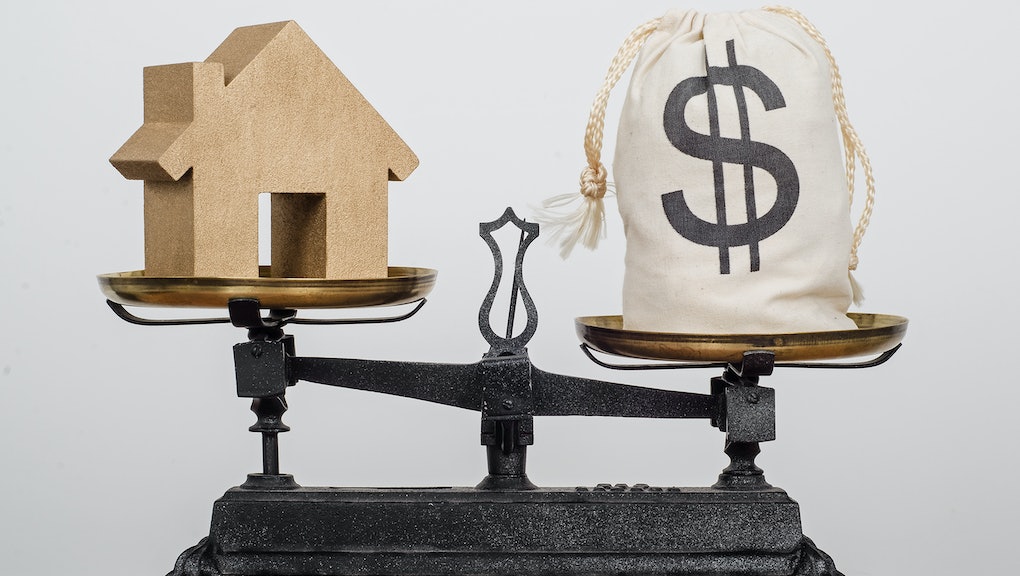 You’ve got these top money priorities in the wrong order

Pop quiz! What is the smartest move to make with your money: Betting on the stock market, investing in real estate or saving in a bank account?

Alas, though stocks come with plenty of risk, avoiding the stock market is a costly mistake. In fact, a hypothetical saver who put 15% of their income away over the last 40 years — but avoided stocks — left more than $3 million on the table, compared with someone putting that cash into a savings account.

That’s according to a new analysis from NerdWallet, which ran thousands of simulations for a 25-year-old earning today’s median income of $40,456, receiving raises consistent with inflation, and paying annual investment fees of 0.7%. Despite several periods of volatility, the person who had their savings in the stock market accumulated $4.57 million on average — compared to just $1.27 million for a similar saver who kept their money in a savings account, per NerdWallet, which used 3-year Treasury notes as a proxy, since historical savings account data is hard to come by.

Of course, past performance is no guarantee of future returns, and the average annual return NerdWallet used — more than 10% — is not especially conservative; other experts suggest expecting returns closer to 6% or even 4%. Still, they found that at least over the last 40 years, investors with 100% stock market exposure had a 95% chance of at least tripling their investment in the stock market and a more than 99% chance of at least maintaining it.

What about buying a home? Maybe you already knew that investing your long-term savings is a savvier move for building wealth than stashing cash in the bank. But how does investing in real estate compare to investing in stocks?

Other data suggests that young Americans feel more confident about investing in real estate over equities: A new survey from Bankrate, also released Wednesday, found that 30% of young adults say that either cash or real estate is actually their preferred investment, with the stock market coming up in fourth place behind gold and precious metals.

Is this the right way to rank smart investments? Unfortunately — probably not.

Your investing priorities are probably out of whack

Even if the stock market weren’t hitting new all-time highs, young people’s investing priorities would likely still be self-defeating. Despite the popularity of real estate, historically it’s not a very good investment: One Credit Suisse study found that housing returned an annualized average of 1.3% worldwide between 1900 and 2011. Compare that with equities, which returned 5.4%.

Many investors have certainly gotten rich by buying real estate, but the caveat there is that investing in real estate tends to be very costly — to get any sort of diversification across different cities and regions, you usually need to invest at least hundreds of thousands of dollars. If you’re simply thinking of buying your first residential home, you are probably even underestimating costs for closing the deal, insurance and more. With a stock market index fund or ETF, on the other hand, you can buy exposure to hundreds of stocks with very little cash.

There are a few reasons why real estate tends to be a less reliable investment than people expect it to be: Not only do many first-time home buyers lowball costs and overestimate returns, but another big problem is that, unlike shares in diversified funds and big well-known companies, a home can be unpredictably difficult to sell, particularly in a downturn.

“It’s particularly important for millennials to own equities,” Christopher Tsai, founder and chief investment officer of Tsai Capital, said in an interview. “For those thinking of coming into the market today, they don’t have to do it all today. They can scale in. A third this year, a third next year, a third the year after. But they should have the goal of getting to 100%.”

The reason for the emphasis on stocks, Tsai said, is very simple. Historically, few investments have done better on such a reliable basis: “You want to own what is likely to appreciate at the fastest rate.”

Even with the market at all-time highs, Tsai said his firm expects the S&P 500 to produce an earnings yield of 5.38% over the next two years, more than double the rate for government bonds and cash, which likely won’t appreciate over that period compared to inflation. For that reason, Tsai said waiting to “buy the dip” still means you’re leaving money on the table.

“You should start as soon as you’re able,” NerdWallet’s Arielle O’Shea, who worked on the report, said. “I wouldn’t advise trying to time the market. You don’t know when it’s going to go down, and in the meantime you’re missing out on these highs.”

How to beat your investing fears

Even if the data is so compelling, it’s not hard to see why young people are so risk-averse: Both O’Shea and Tsai said the likely explanation was the fact that the recession still weighs heavily on their minds and, unlike older generations, they haven’t experienced as many boom-times to balance the pessimism brought on by the recession.

“[The recession] represents a larger portion of their life than someone who’s 60 years old,” Tsai said. “But it’s so important that young people think long-term. Cash is a temporary alternative, but yields nothing, so you’re in a worse situation.”

The simplest, cheapest way to start investing, O’Shea said, is to buy index funds and mutual funds. NerdWallet’s analysis was based on returns for the S&P 500, an index of the 500 largest U.S. companies, meaning that you don’t need to necessarily be a whiz and feeling out the market to achieve similar results. “You don’t need to be tracking every high and every fall and researching stocks,” O’Shea said. “You can really just pick a few funds and then just sort of monitor that occasionally.”

Investing 15% of each may check may be a stretch for many Americans. But it’s also true that investors who start earlier generally overtake people who begin later but invest more.

For more on how to pick out investments, check out our guide on how to set up a brokerage account in 30 minutes or less, and if you aren’t already maxing out your IRA or 401(k), that should take top priority. Finally, check out Mic’s guide to prioritizing all of your financial needs quickly — so you’ll be in better shape by the end of the month.